“The Dentist” Might Just Be the Funniest Skit of All Time

The Carol Burnett Show offered up laugh after laugh over the course of 11 years making it tough to single out the best scene that ever played on the show.

But for many people, one sketch in particular comes to mind; the skit known as “The Dentist.”

In the skit, Harvey Korman and Tim Conway paired up for the hilarious scene which features a recently graduated dentist working on his first patient.

He has to read a manual to get started and manages to inject himself with novocaine.

Conway says the skit was loosely based on a dentist that he knew while in the military.

That dentist numbed his own thumb by accident, making it the perfect springboard for Carol Burnett and the cast to create their own version of the story. 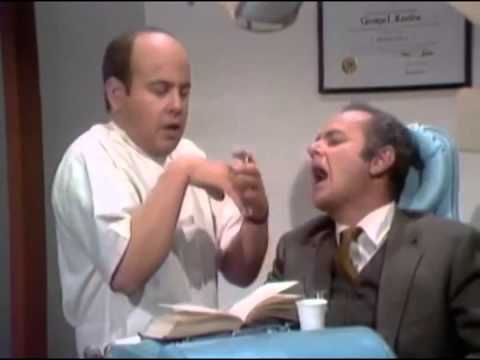 The comedic duo couldn’t help but laugh themselves during the scene, and Conway revealed that the scene left them so tickled that Korman actually wet himself during the sketch.

Fans today find it just as hilarious now as they did then.

The Carol Burnett Show ran from 1967 to 1978 and was consistently funny but never included filthy jokes or politics. Check out the video below and be sure to share it with your family and friends.

We all can appreciate a funny, well-written skit.