DAYTONA BEACH, FL – The man who shot a Daytona Beach police officer in the head Wednesday night and led police on a massive manhunt has finally been captured.

Police say that 29-year-old Othal Wallace, who shot Officer Jason Raynor in the head while the officer was investigating a suspicious vehicle, was found in a treehouse outside of Atlanta, Georgia early Saturday morning. The treehouse was said by Daytona Beach Police Chief Jakari Young to belong to the anti-white extremist group NFAC.

Additionally, an “arsenal of weapons” was found in the treehouse with Wallace, including flash-bang grenades, rifle plates, body armor, two rifles, two handguns and several boxes of ammunition. As we previously reported, the apartment that police were led to during their initial investigation into the whereabouts of Wallace also contained several guns, ammo, and bullet proof vests.

Four people were located on the Georgia property with Wallace, three of whom were arrested, but police have not announced what charges those individuals face. 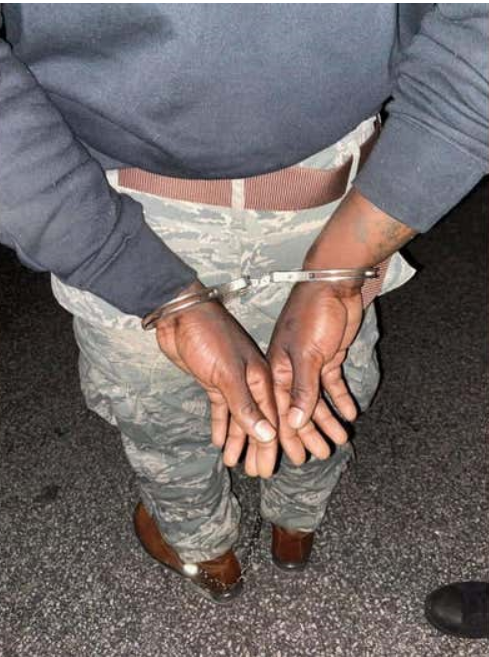 Wallace reportedly was placed under arrest without incident. Even so, Chief Young said his statements during arrest were, “You guys know who I am. You know what I’m capable of and it could have been a lot worse.” Wallace is currently facing charges of first degree attempted murder of a law enforcement officer. More charges will likely come in the days to follow.

The chief also said that Officer Raynor, 26 years old, is showing positive signs of improvement but still has a long road to recovery ahead of him.

The nationwide, multi-agency manhunt for Wallace lasted 56 hours in total. Chief Young said, “We’ve worked tirelessly over the past 56 hours since this incident occurred. Many of these folks haven’t slept past maybe two hours, since this whole nightmare unfolded. Some of them haven’t slept at all.”

This piece was written by Leah Anaya on June 26, 2021. It originally appeared in ThinBlueLineTV.com and is used by permission.

Trump Trolls The Left Hard With Latest Round Of Political Endorsements