A November Surprise: Trump And The Coming Red Wave

The top-line for the Presidential election is that it will be tight in some key battleground states, but Donald J. Trump will be re-elected.

By The Political Insider Staff
October 30, 2020

With only days left until the election, it is time for me to make my predictions.

In 2016, I predicted a Trump win – accurately predicting he would flip Michigan – but even I didn’t see the magnitude of the President’s win, I incorrectly thought Hillary would prevail in Pennsylvania and Wisconsin.

The top-line for the Presidential race is that it’s going to be tight in several key battleground states. But, when all is said and done President Donald J. Trump will be re-elected. 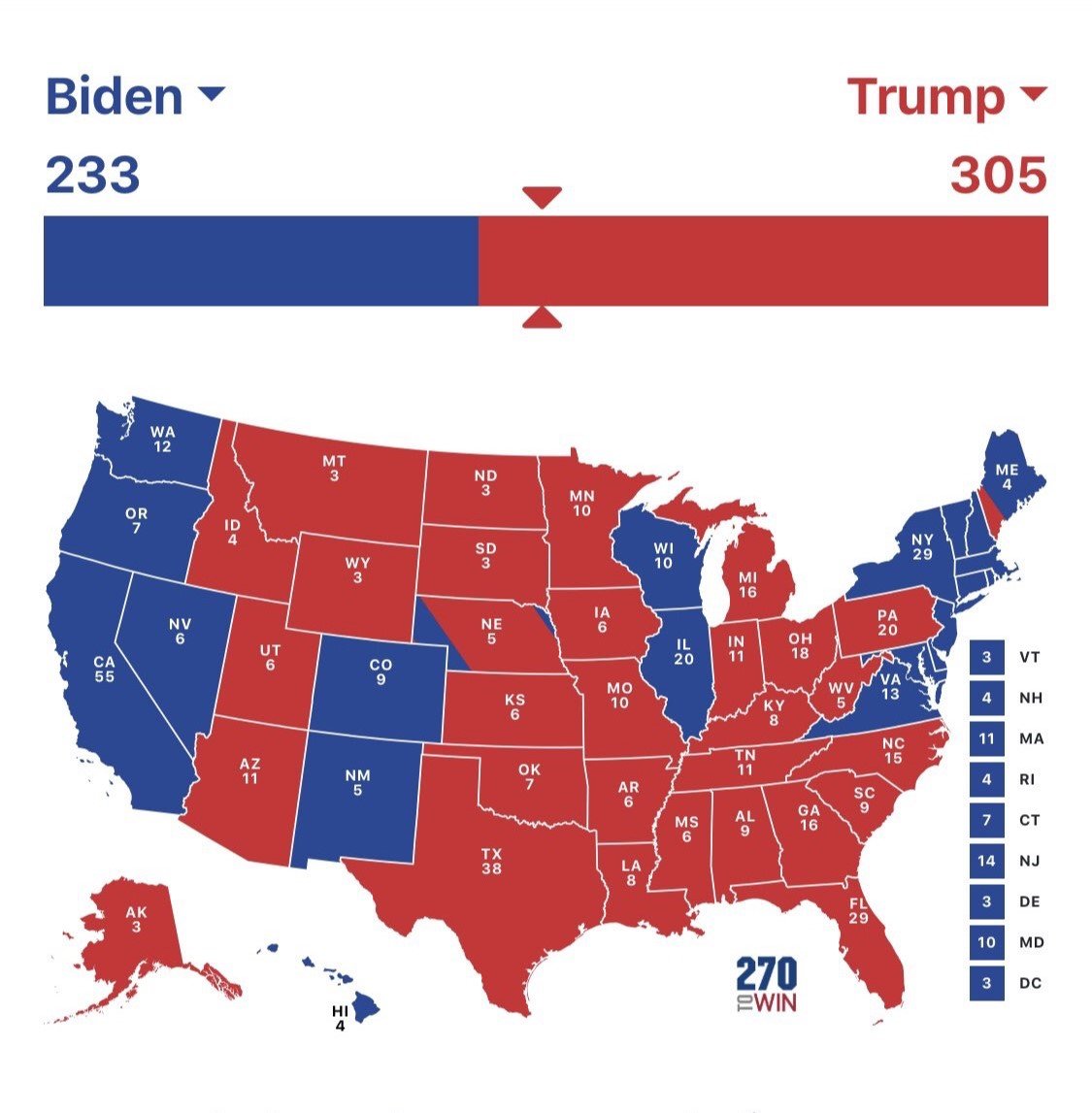 The smallest margin of victory for Trump in a state he will carry will be in Michigan.

The smallest margin of victory for Biden in a state he will carry will be in Nevada.

The swing states I feel most comfortable that the President will win by several points in are Florida and Ohio.

Two states that the media have tried to convince us are swing states, Georgia and Texas, are not swing states.

The President will win easily (by more than 5% points) and Democrats will thoroughly regret wasting time and money on both states.

Joe Biden will prevail in the popular vote, meaning that Democrats will spend the next four years crowing about how we need to change the rules so that their candidate will win.

Bonus prediction: It will be clear on election night that Trump has been re-elected. Despite the fact that it will be absolutely clear, most of the major news networks will not call the race.

Joe Biden won’t concede, and Twitter and Facebook will censor posts from the President after he declares victory.

The country will spend the next month in a series of pointless court challenges from the Biden campaign, the media will breathlessly talk about how the election was stolen, and in the end Trump will have been right on election night and he will be sworn in again in January 2021.

President Trump: "Gonna be a red wave like you've never seen before." pic.twitter.com/hKq1cPvtWK

The good news for the Republican party won’t end at the top of the ticket. Buoyed by massive rural and working class turnout for President Trump, Republicans will retain control of the Senate.

Republicans will flip the Alabama Senate seat where Tommy Tubberville (R) will easily defeat the Senator who never should have been – Doug Jones (D).

Those holds will be especially close in Arizona and Maine. All of the talk about Democrats knocking off Graham in South Carolina will look absolutely silly after he wins by more than 5% points.

However, it won’t be good news everywhere for Republicans in the Senate. John James (R-MI) will come up just short in his quest to win in Michigan, while incumbent Cory Gardner (R-CO) will lose in increasingly blue Colorado.

The upset special of the night will come in Minnesota, where Rep. Jason Lewis (R-MN) will ride the Trump train wave in Minnesota to victory over incumbent Senator Tina Smith (D-MN).

One race won’t be decided until January of 2021 – the special election in Georgia.

I predict that Rep. Doug Collins (R-GA), a favorite of Trump supporters, will advance to the runoff prevailing over incumbent Kelly Loeffler (R-GA) to face Democrat Raphael Warnock. Collins will prevail in the January runoff.

When all is said and done, Republicans will start next Congress with a 54 to 46 seat advantage in the upper chamber, defying the odds and adding one seat to their current 53 to 47 majority.

BOLD PREDICTION: President Trump Says Election Day Will Be a ‘Red Wave’ Across the USA https://t.co/8HjNyZC81v

The red wave will have its limits, unfortunately.

I believe that the President will be re-elected and that Republicans will not only hold the Senate but add a seat. However, I do not believe Republicans will be successful in retaking the House.

While there will be some Republican bright spots – like Matt Mowers (R-NH) picking up a seat in New Hampshire, Republicans picking up two seats in Virginia (VA2 and VA7) and Republicans FINALLY knocking off Colin Peterson (D-MN) in Minnesota’s 7th CD.

In the end I believe they will come up short. I predict Republicans adding 3 to 5 seats in the House, but believe the Democrats will retain control. That means another two years of Speaker Nancy Pelosi (D-CA).

The day of days – Election Day in America