Socialism is a slippery slope to the destruction of a nation.

They often don’t believe it when I, a native of Venezuela who has seen the emergence of socialism firsthand, tell them the United States is on that same ruinous path.

But then, my fellow Venezuelans didn’t believe the Cuban expatriates who gave us the same forewarning. An ideology of government dependency that promises a magical end to hardship seems an impossible sell in a wealthy, strong and free society.

And indeed, America is unique in its wealth, strength and freedom. Yet the portents of socialism are visible.

Venezuela’s transformation first became apparent to me after I came to the U.S. as a journalism student in 1988. My home country still enjoyed enormous wealth and was the most stable democracy in Latin America.

But as I pursued my career, I was struck by the contrast in attitudes toward free speech and the press: Venezuela restricted what journalists could espouse or report, even as our constitution recognized the right of free expression. In the U.S., however, we could speak our minds; here, I learned what true freedom of speech meant.

Such freedom, I would come to see, extended to most elements of life in my new country. For the honest and law-abiding, the “American Dream” of prosperity for oneself and one’s family was broadly achieved. But a swelling U.S. bureaucracy developed over the decades that would compromise that American dream for many—and brought back memories to me of the Venezuela I saw crumble.

In Venezuela, during my childhood, the future seemed bright too. Hard work and integrity were largely rewarded. Later, when I heard people celebrate the American Dream, it hearkened to what my native country felt like years ago. I thought, “Yes! I had that!” I dreamt big, worked hard, and at 20 years old could afford my own car and other comforts, enjoying financial independence.

But we Venezuelans who disdained radicalism would soon lament how the state increasingly usurped our freedoms and encroached on our livelihoods. Contemporaneously, we found ourselves mourning the rapid loss of freedom of speech to political correctness. I regard that same development in America as extremely ominous.

Socialism ultimately clinched the Venezuelan government when Hugo Chávez became president in 1999, having been elected on a platform of income redistribution to ostensibly benefit the poor. But his underlying message disparaged industriousness. No worries, he intimated; you needn’t work anymore. You deserve public largesse anyway and shall receive it. I’ll take it from the affluent and bestow it upon you.

But we all knew, this only works for a season. His program decimated the economy and, along with it, the dreams of the young coupled with the depleted savings of retirees. With no middle class to propel the economy, poverty worsened, and the politically connected wealthy enriched themselves further, leaving ordinary Venezuelans behind.

Many fled this new plutocracy. Chávez disregarded this, content that those who stayed had their homeland, their “Patria”. But it was a Patria with desperate, starving people.

America hasn’t acquired a Chávez of its own—yet. But the economic conditions that allowed him to peddle his redistributionist demagoguery in Venezuela are emerging on our shores: Median family income in America has essentially stagnated over the last two decades; families often cannot be sustained by one income earner; many college kids incur crushing debt, forcing them to live with their parents for years after graduation; the 11 percent of young adult men who were unemployed in 2018 was the largest such figure since the Great Depression.

While the free-market policies of President Donald Trump have certainly boosted American economic opportunity over the last few years, the onset of COVID-19 and states’ response to it have caused major turbulence that will take time to fully subside.

The preconditions for socialist ascendancy go beyond the economic. Secularism and relativism in America’s public institutions, particularly in our schools, has precluded serious inculcation of morals, family values and, most critically, respect. Stamping out respect—for one’s elders, one’s history, one’s community, one’s country—creates a void in young minds that corrupt charlatans and Marxist agitators will happily fill.

Consider how much of their work has already been done for them. Merit has been devalued. Even children in competitive sports programs often get prizes just for showing up. The effect this has on kids is profound; it creates expectation of reward without effort.

Real achievement only results from hard work, discipline and sacrifice. As the young are told that they’re all faultless gems, that they cannot better themselves, that they cannot achieve more through integrity, hard work and grit, and they need the government to take care of them, the American Dream fades.

A heretofore silent majority of Americans have rejected this collectivist misguidance, electing Trump in 2016. We responded to his message that Americans are a great people with a great nation, and that we owe it to ourselves to realize our greatness and “Make America Great Again.” We recognized this as a message rooted in love of country notwithstanding media bellyaching to the contrary.

But trouble lingers. Within 20 minutes of his taking the oath of office, the press declared impeachment inevitable. Here, the parallel between socialism in Venezuela and its latency in the U.S. is unmistakable.

The second presidency of Carlos Andres Pérez (1989-1994) was quickly beset by social crises and “popular” revolts; media magnates and other radicals treated him as illegitimate, as practically an enemy of the people. When journalists were called to task for frivolous accusations and lousy reporting, they responded that they had to follow their bosses’ guidelines. It was fake news before we called it “fake news.”

On February 27, 1989, mere weeks after Pérez’s inauguration, El Caracazo began. This series of riots resembled those that began in America in June 2020; militants looted stores, destroying everything in their path. Citizens widely feared home break-ins would follow.

Venezuela’s Army and National Guard were deployed to control the situation and were met with snipers, now believed to have been provided by Fidel Castro’s Cuba. Castro long desired sway over Venezuela, and had deployed guerrillas to attack in May 1967.

While that mission itself seemed abortive at the time, it began an ongoing Cuban infiltration of Venezuela’s institutions, including its military.

Later “CAP,” as Pérez was known, faced two coup attempts in 1992, one led by Chávez who, at the time, denied he was a socialist. Coups and revolts having failed, CAP was ultimately impeached by the nation’s Supreme Court in 1993.

The president anticipated Venezuela’s democratic system, in its maturity, would prevail and acquit him. He was nevertheless removed on August 31, 1993. Once deposed, Pérez had less rosy expectations regarding Venezuela’s democracy.

Socialists have created further divisions by insisting on the use of nonsense terms when referring to someone’s gender. Venezuela’s mixed-race populace has no major racial divisions; if it did, Chávez doubtless would have exploited those too.

His wannabe counterparts in the U.S. are certainly doing just that. Current changes to the English language that define race and gender only beget hostility between the races and the sexes.

And tell me if this sounds familiar: Venezuelan statues were demolished; the face of our Libertador Simón Bolívar was replaced with Chávez’s miserable mug. The names of institutions, buildings, and boats were changed or replaced with names of politically correct heroes. This initiated the destruction of history for Marxists to supplant with their own ideological narrative.

Trump promised a return to the values we Americans once knew. He has made great strides to effect that return. But we remain under attack by a nefarious socialism that would destroy freedom, liberty, industry, family, respect, religious values and other time-honored virtues.

This Marxist movement will stop at nothing to defeat Trump and, along with him, the American spirit. While it is too late for Venezuela, it is not too late for America to stop this downward spiral. 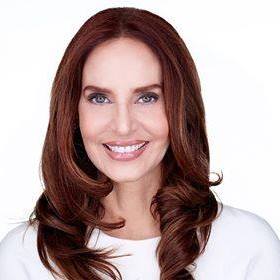