Rice told PBS she is "humbled and honored" to be on a list of candidates to be vice president, and "certainly would say yes" if asked.

Susan Rice, the former national security advisor under Barack Obama, offered a unique conspiracy theory to the ongoing George Floyd riots: The Russians are meddling in them.

Rice made the claim during an interview on the only network with such little credibility that they would let it slide without scrutiny.

See if you can count the number of bizarre lies in the following exchange with anchor Wolf Blitzer. The famed Benghazi liar began by taking umbrage with President Trump’s announcement that he would be designating Antifa, a far-left radical group, as a terrorist organization. “To designate Antifa a terrorist organization, fine, but let’s also focus on the right-wing terrorist organizations,” Rice stated. “The white supremacists that he’s called, in the past, very fine people.”

“This is right out of the Russian playbook” pic.twitter.com/luXiPV0bOq

Rice simply can’t help but lie. Her entire career was marred by the Benghazi lie to the American people. And here, she’s lying about an already debunked claim involving the President supposedly calling white supremacists “fine people.” It didn’t happen. In fact, it’s been so thoroughly debunked time and again on these pages that it’s not even worth going into other than offering the transcript where Trump explicitly says he’s not referring to Nazis and white supremacists. 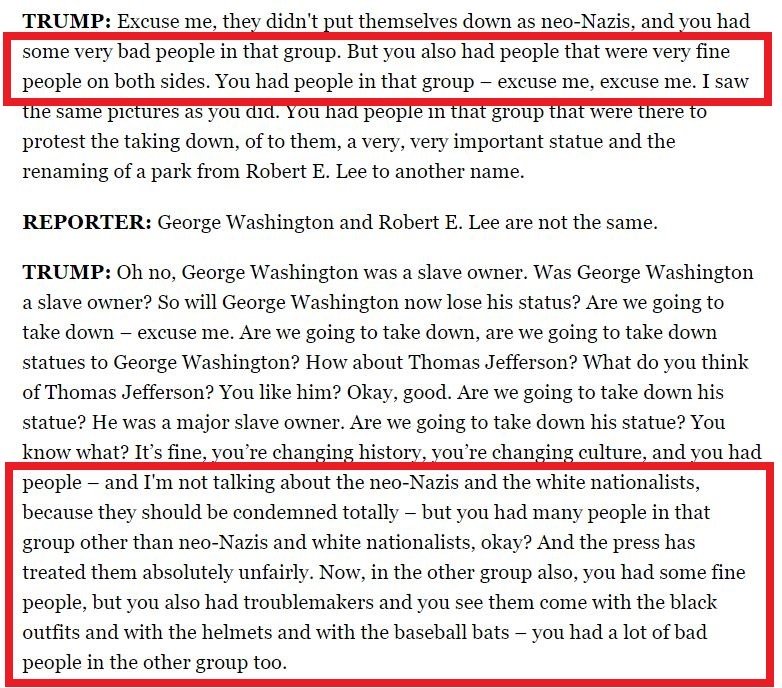 Not content with that bit of fibbing, Rice then moved on to a conspiracy theory that would make 9/11 truthers blush. Russia, you see, is behind the George Floyd riots. “We have peaceful protesters focused on the very real pain and disparities that we’re all wrestling with that have to be addressed, and then we have extremists who’ve come to try to hijack those protests and turn them into something very different,” she said.

Do you know what handbook these violent riots are really out of? Let’s ask Minnesota Attorney General Keith Ellison, who has voiced support for the domestic terror group, Antifa. Ellison proudly posted a picture on Twitter in 2018 which showed him promoting a book he said would “strike fear in the heart of” President Trump.

This needs to be shared far and wide. This is our very own #MN Attorney General, @keithellison @AGEllison proudly promoting a group that is now destroying our state. This #MNDFL POS needs to be driven from office and driven from the state of #Minnesota. pic.twitter.com/HcjeYRTWpk

The book, titled “Antifa: The Anti-Fascist Handbook,” is authored by Mark Bray, a Dartmouth professor who promotes “physically confront[ing] the far right when necessary,” and finds it acceptable to use violence to stop perceived “fascism.”

Antifa terrorists have been spotted numerous times in past uprisings, engaging in vandalism, looting, and other forms of violence. Rice pinning this on the Russians is AOC-level stupidity. Perhaps House Judiciary Committee member Matt Gaetz said it best when he explained of the Obama-era official, “If lies were music, Susan Rice would be Mozart.” Rice is currently being considered as a running mate of Democrat presidential nominee, Joe Biden. She told PBS she is “humbled and honored” to be on a list of candidates to be vice president, and “certainly would say yes” if asked.