President Trump is reducing healthcare costs for Americans with diabetes

Diabetes is challenging enough for patients and their families without the additional burden of outrageous medical costs. President Donald Trump is lightening that burden with healthcare reforms that make diabetes treatments affordable for all Americans.

Type 2 diabetes has become an epidemic among black Americans, who are 77 percent more likely than white Americans to be diagnosed with diabetes. My own family has been touched by the disease. Compounding the problem, almost one out of every five black Americans lacks health insurance, and for them the cost of diabetes-related medical expenses can be financially crippling.

Fortunately, the Trump administration recently announced that it had facilitated Medicare Part D partnerships with insurers and pharmaceutical companies that will allow American seniors to obtain insulin for a maximum copay of just $35 per month. This will dramatically reduce out-of-pocket medical expenses for many individuals afflicted with diabetes—one in three Americans on Medicare are diabetic.

This initiative is only the most recent of President Trump’s efforts to reduce premiums for seniors on Medicare Part D. Those premiums are now lower than at any other time in the past seven years, having fallen 13.5 percent since January 2017.

Many of the administration’s actions on this front may not make front-page news, but they are making a demonstrable difference in the lives of Americans who are most economically disadvantaged. For example, expanded telehealth options are allowing people with diabetes across the nation to maintain adequate access to and contact with their doctors. Similarly, patients are benefiting from additional regulatory flexibility that lets Part D providers give beneficiaries additional options for the delivery of their medications, including insulin and other diabetes supplies, through either retail pharmacies or by mail or home delivery.

President Trump’s proposals also include plans to allow Medicare Advantage plans to offer a greater range of supplemental benefits specifically designed to accommodate chronic conditions such as diabetes. Under the new rules, a plan could cover transportation to a doctor’s appointment, diabetes education programs, and even consultation with a nutritionist.

As the mother of a child with Type 1 diabetes, these revolutionary changes to Medicare coverage for diabetes patients have been tremendously encouraging. For my family, like many others, the two biggest costs related to diabetes are insulin and pump supplies such as tubes and reservoirs. Every four years, we have to purchase a new insulin pump and CGMS system, which was made even more costly by President Barack Obama’s medical device tax, one of the many destructive provisions lumped into the Affordable Care Act that few legislators actually read or discussed before making it the law of the land.

In contrast to his predecessor, President Trump has taken common-sense steps to control costs for families dealing with chronic health conditions such as diabetes, demonstrating genuine empathy for Americans with pre-existing conditions in the process. The recent reforms to Medicare Part D alone will save families over $400 per year on insulin, a 66 percent reduction in one of the single largest costs that diabetics incur.

Managing diabetes is a burden faced by many black families, including mine. We shouldn’t have to deal with the added stress of unaffordable medical expenses—thanks to President Trump, fewer families will. 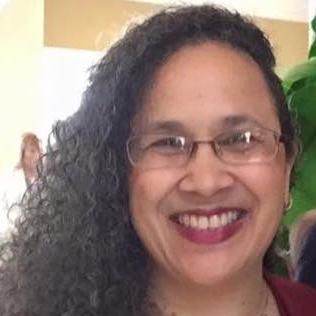