The Dow Jones Industrial average fell by 2,000 points on the first day of trading this week - but should we be concerned?

The Dow Jones Industrial average fell by 2,000 points on the first day of trading this week after an oil price war between Saudi Arabia and Russia drove prices to the lowest since 1991 started over the weekend.

The oil war came on top of an already jittery market facing uncertain supply chain concerns from China and an explosion of the Chinese Wuhan virus COVID-19 cases in European Countries such as Italy. But should we be concerned? After all, the president has trumpeted the market’s rise as a sign of America’s comeback and success so is this fall a harbinger of more bad things to come?

Monday morning’s stock market start hiccuped almost immediately with such a rapid fall automatic halts to trading were triggered in the first few minutes. After the pause the market seemed to stabilize but eventually the Dow Jones Industrial average lost over 2,000 points by the close of trading.

Meanwhile, China is beginning a slow recovery with growth in new cases dropping and people starting to get back to work. That is a good thing, but demand is likely to be greatly reduced while the rest of the world see’s virus cases increase and active measures to reduce exposure taking hold. Italy quarantined 16 million people over the weekend but by the end of Monday the entire country was placed on lockdown. 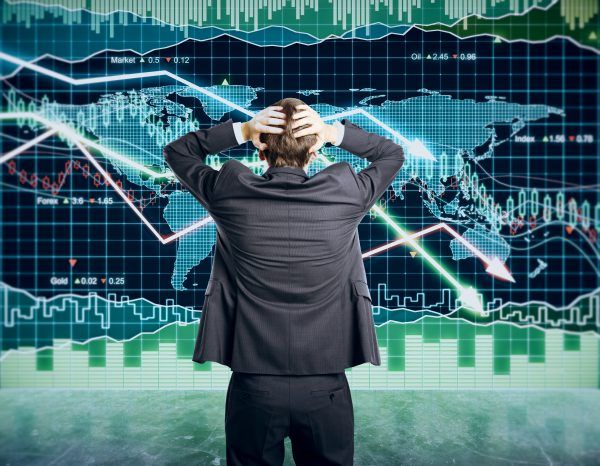 Those emerging Europe case numbers, combined with what appears to be a lack of reporting from Russia and South America, may be harbingers to a significant reduction in normal demand levels that Chinese manufacturers are counting on for a solid pathway to a return to normalcy. But not every business sector will see large demand reductions, in fact, some might even see increases.

The reality is, panic and fear are far bigger dangers at this point from the Coronavirus than anything the disease itself presents. That fear will hurt small businesses around the world as oil and gas prices fall. In the United States, if stock markets continue their jittery drops, and overreaction corrective measures to contain the virus continue for extended periods, they will drive demand reductions further toward historically low levels, especially in transportation businesses like the airline and cruise ship industries.

However, folks shouldn’t forget that if you are home quarantined you still have capabilities like Amazon since the largest impacts would have been from China’s supply chain issues, which is turning the corner now. So no, all is not lost from a consumer economy perspective.

More on the good news side of the ledger, gas prices are under $2 a gallon and dropping in America so I expect that trend to continue even more as lower oil prices stabilize in the new price war market. Additionally, as someone who was out of the stock market, I look forward to getting back in once it appears the market drop has bottomed out.

Buy opportunities abound and market advisory companies like the one I use, Motley Fool, are NOT panicked at all, but calling for calm and reminding folks that market investment is for the long term and the market over the long haul always increases while these drops are always very short term events.

On the government side, the Trump Administration is floating a cut in payroll taxes and I could agree with that BUT any calls for further stimulus and bailouts by government should be resisted. Government financial market involvement must be kept to a minimum in any situation. Taking drastic government action at such a critical time usually causes more problems than it solves, especially for those in the lower half of the economic spectrum.

My advice: Keep Calm, prepare well, stay in the loop with local and state health agencies as they have the best information for your situation, and let the stock market sort itself out without stressing over it, because it always does.

Rob Maness is a retired Air Force Colonel, a former wing and squadron commander, veteran of the Iraq and Afghanistan wars, a survivor of the 9/11 Pentagon Attack, Board Member of Military-Veterans Advocacy, The Second Amendment Institute, WGI Global. and Host of the Rob Maness Show on LifeZetteTV.