Letter to a Young Gamer, from All Other Humans

In a powerful excerpt from his new book 'Prowess,' the author delivers a kick in the pants to those sitting at home wasting time: 'You have a mission in life — get busy'

I’m writing this letter to you on behalf of your parents, your future family — and when it comes right down to it, from the rest of us, too.

Your parents didn’t exactly ask me to write to you, but without a doubt, they wish someone would. They would tell you themselves and probably have tried dozens of times in one way or another, but you don’t want to hear it anyway and they know it.

They don’t want to have to deal with the attitude you’d give them if they let you know how they feel, so instead, they put up with the low-level tension you create and try not to set you off.

Who could blame them?

How does that make you feel?

You are a grown man, after all. Maybe not in the eyes of the world, but the arbitrary age the culture sets is only as high as it is because immature guys have made the world afraid to treat you like one.

But if you are above the age of 13, you are perfectly capable of stepping up and doing man things.

Once you pass age 16, you have absolutely no excuse. You just haven’t chosen to do so yet.

That’s on you — nobody else.

It’s time for you to put down the game controller and make the jump to manhood.

Don’t get me wrong.

You’re a good kid. You have the potential to be a very good man if only you’d choose to be.

God has a mission for you to accomplish with your life — and the time is ticking away for you to get it done.

I don’t know exactly what you were created to do, but I can tell you with certainty what it’s not:

You aren’t fooling anyone, you know.

I was in Syria during that country’s civil war. I documented the carnage as tens of thousands of civilians tried to flee from the last stronghold of ISIS.

As they made their escape, ISIS fighters lit them up with machine guns. They fired rockets and mortars at them — and killed as many as they could.

I was about one kilometer from the fighting, part of a group of aid workers who had come to give medical care, food and water to these poor souls.

For weeks, we watched as hundreds and then thousands came out of the war zone every day. I saw some of the most gruesome injuries a human body can sustain.

I saw men with arms blown off. Women with gunshot wounds, burns, and shrapnel. Babies dying in my arms.

These poor souls arrived exhausted, emaciated and sick. They had lost everything, escaping with only what they could carry.

Nobody was there to help them.

Scenes like this play out across the world every single day. There is so much need in the world.

And you spend your time playing games. Congratulations. You’ve made yourself useless.

The world desperately needs men to go out and conquer, build, and stand in the gap for those in need.

People are dying for lack of water, whole countries are being overrun by evil — and meanwhile, you are worried about leveling up in a digital universe that will be obsolete in six months or less.

What you are doing is worse than worthless. It’s harmful to the whole of society. That’s why you need to stop.

Stop amusing yourself while your parents work to provide you with opportunities that billions around the world could only dream of.

Stop spending a third of your waking life engaged in absolutely meaningless and even harmful activity.

That is a problem.

Dude, it’s time to get up and become the man you were created to be.

Do you ever think about the debt you owe your parents?

Oh, you owe them big-time.

They’ve sacrificed for you all your life, and you happily consume their electricity, their appliances, and their food while you sit there day after day — a young man playing boys’ games.

The next time you walk by a mirror, look yourself in the eye and try to make yourself believe you aren’t disrespecting them every time you fire up that console.

Good luck with that.

If the way you are living doesn’t bother you on some level, then nothing I say will get through.

Go back to the meaninglessness of being a surly lump on the couch.

Go back to letting mommy do your laundry and clean up after you.

Go back to mooching a few bucks off your dad when you want to go out.

Go back to being afraid to move out and make it on your own.

Go back to your games while your sister gets into college.

Go back to your virtual girlfriends while the flesh-and-blood woman who could be your wife chooses another man — one who will provide for her.

But if you are convicted by this letter — then get up, turn off the device, and go outside.

The graphics are better out there anyway.

Go for a long walk — and ask God to show you why He put you on planet earth.

He will if you learn to listen.

The Bible verse 2 Timothy 1 starts out with the apostle Paul reminding Timothy of the debt he owes to his mother and grandmother. The faith he has was passed down to him from those two godly women.

It doesn’t mention Timothy’s father — maybe he had died or left the family, as all too many men do. But Paul doesn’t dwell on that.

He just says, “For this reason, I remind you to fan into flame the gift of God, which is in you through the laying on of my hands.”

You’ve also been gifted by God. But right now you aren’t using those gifts as you could.

Instead, all your passive activity is putting out the fire.

Related: Video Game Addiction: What You Must Know

You’re taking something very precious and valuable and leaving it to rot. How disrespectful. You should be ashamed.

The decisions you make right now will be magnified over time, and every little investment you make in yourself and others will pay off big-time down the road.

Every month you waste now puts you a year behind the power curve later in life.

So do something right now, today, to make yourself a little better.

Go for a run. Read a book. Join the Marines. Get involved in your community. Start a journal. Start a business. Mow the lawn.

A woman wants a man who is fearless. You can be that man. You can be the man who isn’t afraid to leave the protective cocoon of his parents’ pocketbook and go out and conquer the world.

Do you realize what you are wasting as you sit there fiddling with your game controller? You are giving up your chance to make a difference.

You are giving up your chance to make a living.

No matter how much you win in the digital realm, you are still losing. Do you know that?

The average Joe spends four hours per day wasting his time like this. Count the cost. Four hours a day is a fourth of your waking life.

It’s three months out of a year.

Four hours a day adds up.

Dedicate yourself to constructive activity instead of play — and you could accomplish any of the following:

Nothing in the above list looks interesting, you say?

There are literally thousands of options not on this list, just waiting to be found.

There is no way you can convince me there isn’t one out there that lights your fire.

But you aren’t finding it. Know why? Because you are drowning the creative spark in your life.

In jungle warfare training, young warriors are taught to survive in the wild. They are shown how to construct traps to catch wildlife for food, find water, and make fire from whatever is on hand.

They collect dry, flammable material and make a tiny nest; then, after preparing their kindling, they throw a little spark right into that bed of tinder. Then they carefully, patiently nurse that smoldering bundle until it bursts into flame.

In the wild, fire is life.

It’s the old warrior, Paul, motivating his young protege Timothy to get after it. Claim his prowess.

He puts it that way for a reason. The gifts you have been given were intended to drive you into purposeful living.

But those gifts have to be nurtured, fed and fanned into flame.

All your passive activity is nothing but cold water on that spark, drowning your passion. And it’s why you can’t think of anything constructive that interests you.

Related: Boys and Violence in America: What We’re Missing

You’ve been given gifts, too. They are there inside you, waiting to become a blazing fire.

These gifts are precious because they are the medium God uses to drive you toward the purpose for which you were created.

If someone gives you a valuable gift and you never do anything with it, you are disrespecting the one who gave it to you. All that passive activity isn’t harmless fun. It destroys your ability to think deep thoughts, feel deep emotion, and experience deep meaning.

It makes you the closest thing to a real-life zombie.

But feed that gift, nurture it through purposeful work — and before long it will become an all-consuming passion that drives you toward a life worth living.

Nobody ever built a monument to a video game wizard. At the end of your days, do you want to look back and say, “At least I beat [fill in the blank]!”

Or do you want to look back on a better world, on noble accomplishments, a loving family and the respect of honorable men?

You can. It’s what you were made for, really.

Better get busy, though.

You don’t have as much time as you think.

And in real life, there are no do-overs.

This article is excerpted with permission from the just-published “Prowess: The Man You Were Meant To Be” by Chuck Holton. 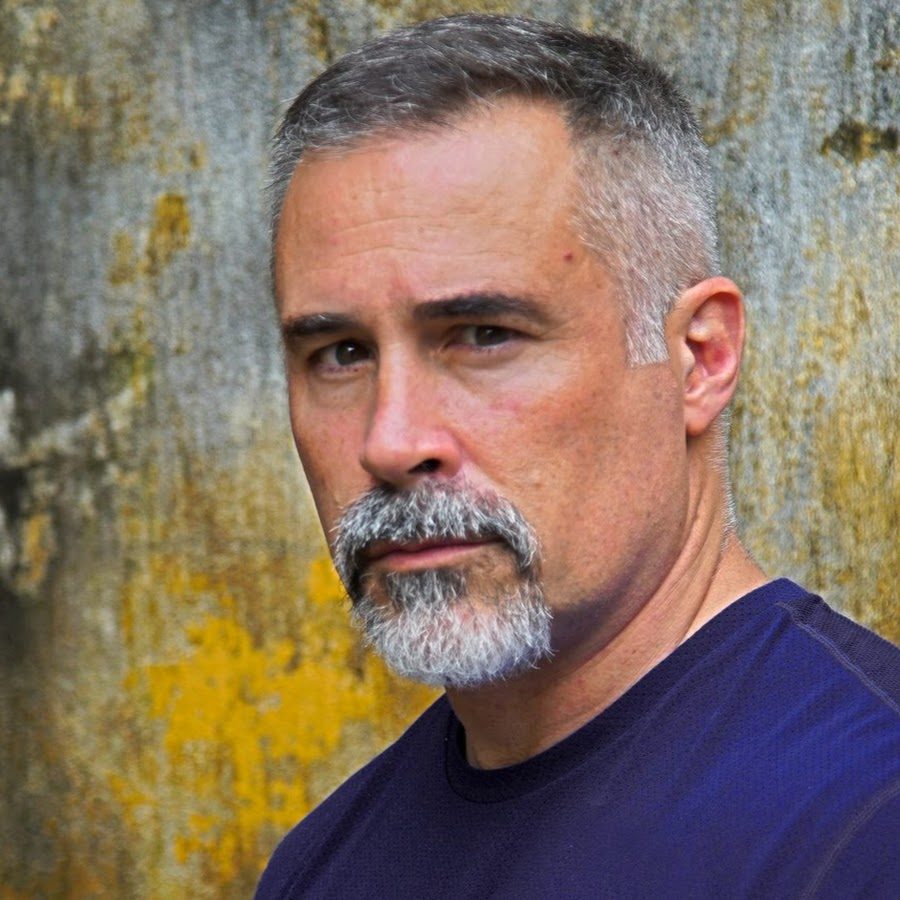 A former U.S. Army Ranger, Chuck Holton is an international reporter, adventurer, businessman, and most importantly, a husband and father of five homeschooled children. In a typical year, he visits over a dozen of the world's hot zones, including Syria, Afghanistan, Iraq, Venezuela, Lebanon, Somalia, and Nigeria. His newest book is "Prowess: The Man You Were Meant to Be." He is host of "Hot Zone with Chuck Holton" on LifeZette TV.

Rapper defiantly speaks out to slam Black Lives Matter: ‘It’s not our movement’

Kayleigh McEnany fires back at Pelosi: Blasts her for ‘playing politics’ on U.S. troop bounties reports