Watchdogs Left and Right Have Called Out the Swamp for Decades

Millions of Americans were outraged in 2012 when they saw a video of former General Services Administration senior executive Jeff Neely sipping wine in a bathtub in a swank Las Vegas casino hotel, courtesy of the taxpayers. 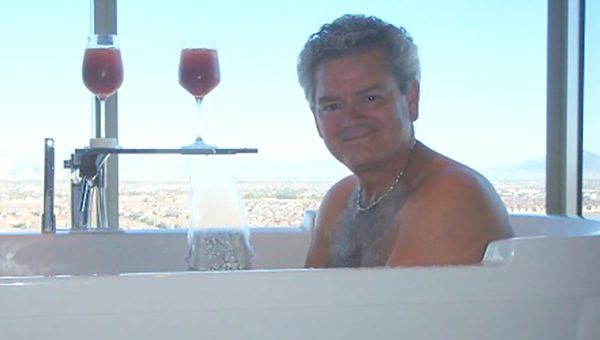 The Neely video (pictured above) came to epitomize for many the careless, costly corruption that prompted President Donald Trump’s oft-repeated campaign promise in 2016 to “Drain the swamp.”

But doing something about Washington, D.C.’s fetid concentration of insider and special-interest power, partisanship, money, influence and corruption has been an issue for a long time.

The swamp represents problems watchdogs on the Left and Right have been fighting for years. For decades, they have pointed to steadily growing embedded conflicts of interest, regulatory abuses of power. and campaign finance scandals, while noting the spiraling distrust in government.

The swamp is the sum total of all the regulations, programs, powers and people who make up the federal Establishment and those who depend upon it or otherwise benefit from it. The self-aggrandizing swamp continually encourages bigger, costlier government, which in turn incentivizes special interests to spend more politically.

“I think there are problems in the entire system,” Scott Amey, the Project On Government Oversight (POGO) general counsel, told LifeZette. “There are problems that exist in the executive branch, as well as the legislative branch of government, that are too beholden to financial interests and to agency capture that promote conflicts of interests and answering to those that have an ‘in’ rather than doing what’s in the best interest of American taxpayers.”

Related: Draining the Swamp Starts with Stopping the Revolving Door

The swamp involves embedded relationships that use the political system for their own benefit or to push an agenda against the interests of everyday Americans. It encompasses K Street lobbyists at the intersection of government and big business, the bureaucratic regulatory state, corporate media, much of the nonprofit advocacy world, elite academic neighborhoods, and the intelligence community.

“All these problems are intertwined,” Amey said. “The problem exists within different branches of government and maybe for different reasons but with the same concerns, which are, is our government answering to the powerful special interests, those with the deepest pockets and the most connected, rather than answering and working in the interests of the American public.”

But the swamp’s operations aren’t always done behind closed doors — sometimes it’s quite open and public. The federal government, for example, gives millions of tax dollars every year to businesses, activists, artists and others. Open The Books founder Adam Andrzejewski argues that federal grants are particularly problematic of the swamp.

“There are two primary areas,” Andrzejewski told LifeZette. “The two areas I would say are the swampiest are the compensation package for federal bureaucrats and then, separately, the over $600 billion a year in federal grant-making. I mean it’s a tremendous amount of money doled out every single year.”

Andrzejewski points to Ivy League colleges that received an estimated $42 billion in a six-year period in federal direct payments, subsidies, and special tax treatment on their endowment funds and investments.

“The Fortune 100 companies received $3.2 billion worth of federal grants in the last three fiscal years,” Andrzejewski said. “The National Endowment for the Arts during the Obama years gave the Metropolitan Museum of Art in New York City $1.2 million in art grants. The Met is not a starving artist. They got $4 million of assets.”

Andrzejewski argues that the salaries and benefits paid to federal bureaucrats are excessive, with the average wage reaching $88,809 for federal career civilian workers in 2016. Then there are the health benefits, generous paid time off, and extremely lucrative pensions. The average wage for private sector workers, in contrast, is $59,458 annually.

“The takeaway is dealing with the bureaucracy and, in part, the compensation plans afforded to federal bureaucrats,” Andrzejewski said. “Then there were a million federal bureaucrats last year that got a performance bonus. That bucket costs the American taxpayer $1.5 billion dollars. And then the average federal bureaucrat gets 43 days of paid time off.”

Whether any particular example of such spending by the government is appropriate or not, the government treasure chest for big business creates an irresistible incentive for corporations to be more politically active, not just with lobbying but also in the revolving door between regulatory government and regulated industry.

“In terms of industries, it’s kind of all over the place,” said John Wonderlich, the Sunlight Foundation’s executive director. “Every industry understands as a general matter that lobbying is important to their interests and they view Washington as a sort of arena for duking it out in terms of having private lobbying, and generally supporting campaign donations is part of that.”

The business community isn’t alone in contributing more to politics. The most recent presidential election had candidates raising a total of $1.5 billion, not including the $618 million from super PACs supporting them, according to the Center for Responsive Politics.

“Another way of answering the question is, where is it that the concerns about corruption, the so-called swamp, have gotten worse or more serious,” Wonderlich said.

“I would say the two that come to mind around that are the places that campaign finance has been recently deregulated, so super PACs and now 501(c)(4) groups are able to accept unlimited donations, and in the case of (c)(4)s, now secret unlimited political donations to political actors,” he continued.

But limiting how much can be spent to elect or defeat an individual lawmaker only deals with a symptom of the swamp, not its root causes. The deeper issue is that money flows towards power, so the bigger the federal government becomes, the more special interests have to spend to defend or advance their agendas and the more attractive become careers in politics and government.

Citizens United v. Federal Election Commission is a landmark case that allowed corporations to make political contributions. But the decision has been blamed for making the influence of money in politics worse. Wonderlich believes overturning it wouldn’t completely solve the problem but would be a major step in the right direction.

“That would certainly be an important step,” Wonderlich said. “Essentially they’ve allowed groups, that are not campaigns, to function as campaigns and therefore be an end-run around campaign finance regulations, whether that is limits or disclosure requirements.”

The U.S. Supreme Court ruled in that case 5-4 against restricting independent expenditures by individuals, corporations, and other associations such as labor unions in its decision from January 2010.

The ruling negated a major provision of the Bipartisan Campaign Finance Reform Act of 2002 that conservative critics and constitutional law experts said compromised the First Amendment rights of individuals and associations.

MORE NEWS: Jesse Watters Scorches FBI Mar-a-Lago Raid With A Point We Haven’t Heard Anyone Else Bring Up [VIDEO]

But Right advocates point to the 1958 Supreme Court decision, NAACP v. Alabama, which upheld the right of donors to contribute to unpopular causes anonymously in order to protect freedom of association. State officials had demanded the NAACP reveal its donors, which would have then exposed them to dangerous reprisals.