'Back the blue' effort serves 400 law enforcement officers after a shooter's murderous spree takes the lives of two, wounds six

As we awaken to a new year and perhaps ponder how long before we do not have to backspace, erase, or rewrite the date … a Colorado police family grieves the inexplicable end-of-year loss of a law enforcement officer.

While the melee was born of a sole individual’s hellbent anti-police ideology and his domestic disturbance-based rampage, a business opened up on its ordinary day off, Sunday, to feed myriad cops on the scene.

In all, the New Year’s Eve incident encompassed the shooting of eight people; two perished. Four law enforcers and two civilians struck in the exchange of gunfire remain hospitalized.

MORE NEWS: Dwayne ‘The Rock’ Johnson launches attack on Trump for lack of leadership: ‘Where are you?’

According to Military.com, the gunman, identified as “[Matthew] Riehl, posted a YouTube video December 13, saying he wanted to replace Douglas County Sheriff Tony Spurlock and railing against the sheriff and other officers in profane, highly personal terms.” Evidence of grudges against the sheriff, his deputies, and law enforcement in general abounds in Riehl’s diatribes.

There are several videos Riehl posted to YouTube, depicting his dislike for the law enforcement community, one in which he accuses a certain Douglas County deputy of pimping a cute, mute woman while “ambushing” would-be johns from behind the door.

Another video Riehl posted illustrates odd behavior and dialogue about a burn on his upper lip, which he declares is not from cooking methamphetamine but from a “pork-belly explosion” he experienced earlier. He alleges “Google and the connection to the NSA” then swiftly diverts to “plug-and-play” connections and being “buggered down,” followed by “watching a murder” … his thoughts flitting like wings of hummingbirds. Except there was no sweet nectar in this story.

It came to a head when Riehl’s roommate, a male, redialed the sheriff’s office one hour after deputies had departed the same apartment stemming from a “verbal disturbance,” Sheriff Spurlock explained to media.

In the first of two back-to-back calls, the male roommate described Riehl as “acting bizarre and might be having a mental breakdown.”

With that first situation seemingly resolved, and one of two involved persons voluntarily leaving the apartment, deputies departed. Upon the second call at approximately 5 a.m. whereby deputies were permitted entry to the apartment by “a man with a key,” the bloodshed began as Riehl opened fire after a brief period of discussion with deputies preceded gunfire, per preliminary police reports.

Related: An Open Letter to Those Who Would Harm Cops

Given Riehl’s outspoken disdain for the DCSO personnel (and perhaps law enforcement in general), I’m curious to hear more about the male roommate … along with historical details regarding Riehl’s background.

Is this another case of a mentally disturbed man with a gun who visited his misguided and off-base frustrations on stateside representatives of government (police)?

Clearly, Riehl orchestrated an ambush-style assail on the contingent of law enforcers on-scene. As Sheriff Spurlock described his deputies’ actions, “They all went down almost within seconds of each other, so it was more of an ambush-type of attack on our officers. He knew we were coming, and we obviously let him know that we were there.”

“Four officers, including Parrish, were shot from a bedroom around 6 a.m., forcing the retreat. A SWAT team entered the apartment at about 7:30 a.m. in an exchange of gunfire that left the gunman dead and another officer injured,” reported Military.com.

As it relates to perceived “mental breakdown” suffered by Riehl in this case, and timely treatments to prevent such a catastrophe, the psychiatrist in my family candidly explained the historical shortage of mental health practitioners in our nation, whereby those who are consulted are seen in such abbreviated intervals stemming from the large number of patients for which the number of doctors is sparse. The doctor/patient equation is severely lopsided.

Dr. Higgins elucidated how psychiatrists see patients in tiny increments, with nary enough time to actually make any difference in sustained care.

The National Council for Behavioral Health supported that, saying, “The providers of psychiatric services in outpatient psychiatric programs — mostly psychiatrists, but also psychiatric advanced practice registered nurses, psychiatric physician’s assistants, and board-certified psychiatric pharmacists — face a cramped daily routine with increasingly briefer appointments scheduled back to back that limit in-depth clinical assessment, collaboration with other members of the treatment team and consultation to primary care providers outside of the program. Such a schedule leads to lower-quality care.”

She described her graduating medical school class in 1996 as having “only 10 percent going into psychiatry” and that the 2016 medical school graduates nationwide, albeit making strides, comprised a still-underrepresented number choosing psychiatry as a practice specialty.

In terms of the doctor/patient ratio, the numbers are improving, according to PsychNews.com: “The number of U.S. senior allopathic medical students entering psychiatry through the National Resident Matching Program increased by 10 percent from 2015 to 2016, to a total of 850. This is the fourth consecutive year that psychiatry has seen an increase.”

However, the National Council for Behavioral Health published its study findings in March 2017. “The Psychiatric Shortage” explains, “The coverage of, and increasing demand for, psychiatric services is occurring at the same time as a growing shortage of outpatient and inpatient programs. The lack of access has created a crisis throughout the U.S. health care system that is harmful and frustrating for patients, their families and other health care providers, and is becoming increasingly expensive for payers and society at large.”

It does not bode well enough for the scores of individuals wracked with mental disorders who are untreated. Riehl may have been among that category, sadly culminating in the Copper Canyon tragic incident yesterday morning.

As Douglas County Sheriff Spurlock stated poignantly about breaking the news to Deputy Parrish’s wife, “When I sat with his wife and held her hand, I could see in her eyes that her life was over.”

Accordingly, I am certain the events as they unfolded will be analyzed for future tactical advantage for law enforcement responses, including the basis of encountering candidates who are afflicted with mental disorders and lack treatment.

In his podium/mic press conference, Sheriff Spurlock did acknowledge that all deputies were equipped with body cams, so the depth of detail we’ve yet to imperatively ascertain will likely be provided by multiple pieces of footage. That lends a proponent example of how instrumental police body cams are nowadays.

As the complete scope of what went down before, during, and after the apartment shootout is examined, “back the blue” supporters arise to pillar our nation’s sheepdogs.

Backing the blue. The owner of the Park Meadows Mall Chick-fil-A, Doug Jacobson, decided to round up some employees who willingly reported to work, fired up the cookware, and got busy serving over 400 meals for scores of law enforcement officials from the Douglas, Jefferson, and Arapahoe county sheriff’s offices, along with the Castle Rock Police Department.

Instead of throwing deserved shade upon those restaurants whose employees seemed to jump on the 15-minutes-of-asinine-fame bandwagon, I prefer to extend the rightly placed publicity to Chick-fil-A — whose steadfast support for law enforcers is a model of America’s honor for its warriors. Chick-fil-A’s support for cops is nothing new.

Related: Why Police Wonder: ‘Will I Make It Through This Shift?’

As a cop whose retirement was compelled by cancer, I miss being there for citizens. I cherish embedded memories of my police cohorts and the unparalleled camaraderie. I imagine the Douglas County, Colorado, law enforcers feel the same way, heightened by utter loss on this first day of 2018.

I also suspect the Chick-fil-A brand harbors the appropriately placed “back the blue” attachment to the nation’s cops.

Our thoughts and prayers are with the Douglas County Sheriff’s Office and the family and friends of Deputy Parrish. We can only imagine the depth of grief they are experiencing.

We also hope for a speedy recovery for the Douglas County deputies and the Castle Rock police officer injured in the incident, as well as the residents who also were affected.

The call to protect and serve too often leads to this ultimate sacrifice. We are grateful for the service of Deputy Parrish, his fellow deputies, and that of the Castle Rock police officer. We pray for their and their families’ strength and resolve in the days and months ahead.

President Donald Trump tweeted, “My deepest condolences to the victims of the terrible shooting in Douglas County @dcsheriff, and their families. We love our police and law enforcement — God Bless them all!”

As Chick-fil-A did once again, as we get behind the blue, we must also get behind the casualty of a cop’s loved ones whose soul mate and daddy is not coming home. As Douglas County Sheriff Spurlock stated poignantly about breaking the news to Deputy Parrish’s wife, “When I sat with his wife and held her hand, I could see in her eyes that her life was over.”

Stephen Owsinski is a retired law enforcement officer whose career included assignments in the Uniformed Patrol Division and Field Training Officer (FTO) unit. He is currently a senior OpsLens contributor, a researcher and a writer. This article is from OpsLens and is used with permission. 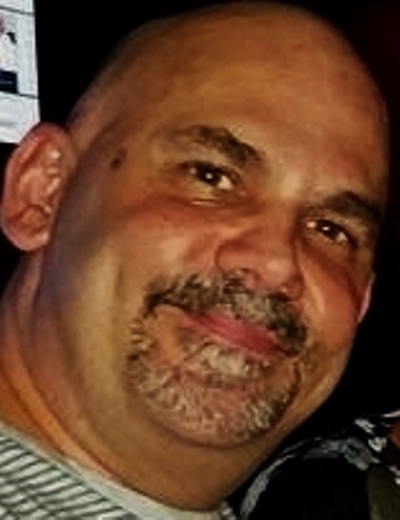 Dwayne ‘The Rock’ Johnson launches attack on Trump for lack of leadership: ‘Where are you?’

The real threat to America

Ep 66 | What is the Chinese Communist Party’s way of war?