Who will be next to race toward the exits?

In a shock to the world, New Zealand Prime Minister Jacinda Ardern announced her resignation at the Labour party’s annual caucus meeting Thursday (1/19/23).

Ardern said she “no longer had enough in the tank” to do the job. “It’s time,” she added. “I’m leaving because with such a privileged role comes responsibility – the responsibility to know when you are the right person to lead and also when you are not. I know what this job takes. And I know that I no longer have enough in the tank to do it justice. It’s that simple,” she said. — The Guardian

“That [Jacinda’s] body language was atrocious,” expressed former Blackrock portfolio manager Edward Dowd. “There’s a little bit of fear going on in there.” So one has to wonder, is burnout really the reason Jacinda Ardern resigned? “[The] bottom line is, she was going to lose … so she preempted by resigning,” stated Edward Dowd. And the “fear” in her body language, as Ed Dowd noted, could indicate that she’s terrified of retribution for her actions during COVID-19.

MORE NEWS: The Time Is Now For The American Working Class To Take A Stand – Rob Maness Ep 166 [UNCENSORED PREMIUM]

Ardern aligned herself very quickly with the WEF Agenda.

Reporter: “So you’ve basically said this is gonna be like … two different classes of people if you’re vaccinated or unvaccinated. You have all these rights if you are vaccinated.”

Jacinda Ardern often refused to answer tough questions. She would go as far as to shut down a press conference to escape criticism.

Jacinda Shuts Down Press Conference: I Will Answer Questions of the 'Accredited Media' Only (Nov. 2021)

Man: "Why is the vaccine not working in Israel? … 39% efficacy … and you are still pushing it."

Ardern: "Sir, I will shut down the press conference if you do not cease." pic.twitter.com/yiySlhz68u

And she even considered herself and the New Zealand government “the single source of truth.” “Unless you hear it from us, it is not the truth.”

Jacinda Ardern: "You Can Trust Us … We Will Continue to Be Your Single Source of Truth" (July 2021)

"Dismiss anything else. We will continue to be your single source of truth."

"Everything else you see — a grain of salt."

"Unless you hear it from us, it is not the truth." pic.twitter.com/dJMrpr53Re

Further condemnation of Ardern’s actions is likely in the numbers.

Edward Dowd states that he hasn’t broken down the all-cause mortality data in New Zealand, but he suspects little to no increase in excess mortality prior to the C19 injections — and then an explosion of death after an unrelenting push to get everyone jabbed.

“She was the hammer on the lockdowns and the vaccine. She was absolutely hardcore,” added Steve Bannon. “And you’re right, the math is what’s blown her out of the office; that’s a big scalp.” So, rejoice for a moment. “One of the WEF’s Ringwraiths (Lord of the Rings reference) has fallen.” And with this “mysterious timing” of the Biden files, it appears “Biden’s removal is being orchestrated before our very eyes.”

Now, with the latest Rasmussen poll and paltry uptake of the last C19 shot, there is no doubt that people are waking up. And that is a very, very BIG cause of concern for world leaders, as they “become very nervous right now.”

Edward Dowd’s book, “Cause Unknown,” is available on Amazon and Skyhorse Publishing. 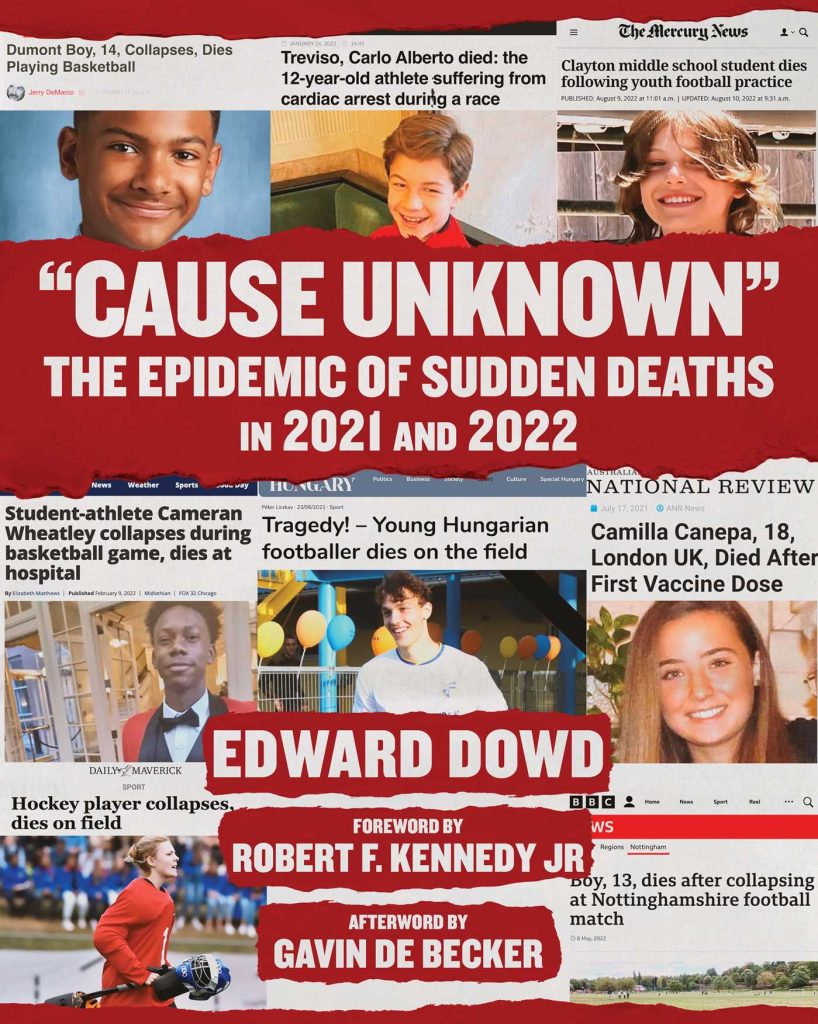 Thanks for Reading. If you’d like to ditch the ads, support the author (Vigilant Fox), and gain access to exclusive content, try out RVM Premium for just $1.

MORE NEWS: The Government Wants Full Control Over Your Money But Not Letting Them Have It Is Entirely Up To You – Press For Truth [VIDEO]

This piece was written by Vigilant Fox on January 19, 2023. It originally appeared in RedVoiceMedia.com and is used by permission.

They should be nervous . We should be hiring assassins to kill them or shooting them in their faces ourselves. For COVID farce and more

She knew it all the time and killed her citizens for fun,she is a mass murderer give her the same punishment as Pol Pot or Hitler and all who helped her same for the scum in the USA!