Imagine promoting the genital mutilation of children and thinking you're one of the good guys.

MADISON, WI – In an exposing thread posted to Twitter on September 23rd, Libs of TikTok revealed that a Wisconsin-based hospital is facilitating transgender-affirming treatments (i.e., doling out puberty blockers) and performing surgeries of the same ilk on minors.

One of the key figures facilitating these practices, according to Libs of TikTok, was identified as Dr. Katherine Gast, where documents, as well as her own words, detail these practices being performed on children.

Libs of TikTok began the thread by sharing a screenshot from UW Health’s website boasting the profile of Dr. Gast, who is identified as the “Director of the UW Health Comprehensive Gender Services Program in Madison, Wisconsin.”

In the provider profile (which UW Health has since removed from their website), Dr. Gast is described as an individual who specializes in mutilative surgeries described as “gender affirmation” surgeries, where it specifically points out that “Dr. Gast will operate on minors with parental consent.” 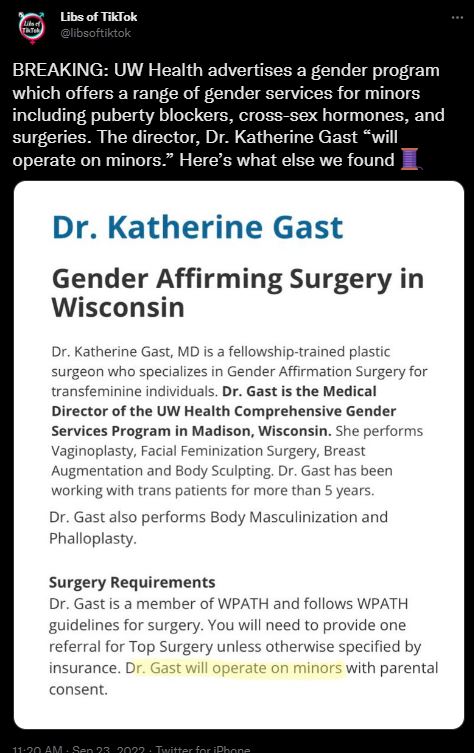 UW Health even provides explicit instructions on how female minors can be approved to undergo a double mastectomy via a “letter of readiness” from an accredited mental health professional. 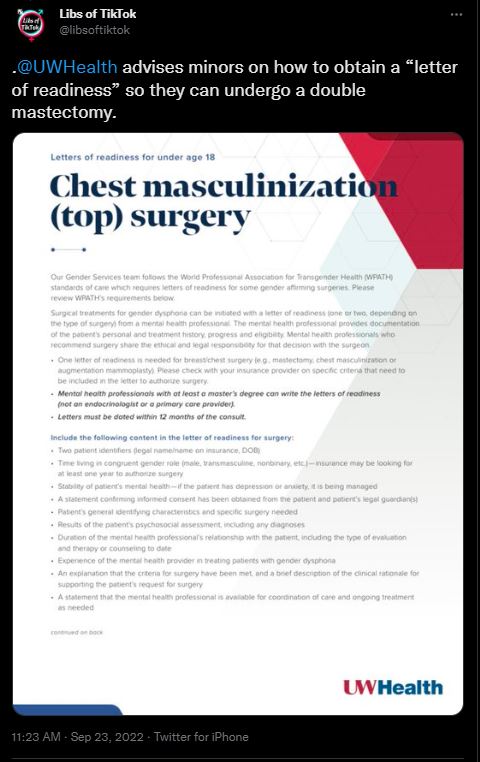 Additional screenshots from UW Health’s website further emphasized UW Health/Dr. Gast performing these sorts of treatments and surgeries on minors, where a section of the site reads, “Dr. Gast is a member of WPATH and follows WPATH guidelines for surgery…Dr. Gast will operate on minors with parental consent.” 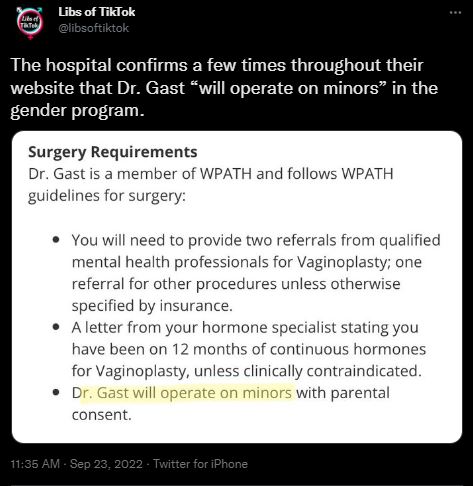 For those unfamiliar with the acronym “WPATH,” it stands for “World Professional Association for Transgender Health,” which this purported authority in the field of transgenderism updated its standards of care with the removal of minimum age guidelines on performing trans-affirming surgeries on minors.

But aside from the likes of screenshots from the UW Health website, in Dr. Gast’s own words, she details how the hospital is in the business of performing these treatments and surgeries on children, making said comments on a podcast that was previously featured on UW Health’s website.

Despite UW Health seeming to be ostensibly proud of these services being offered to children, individuals responsible for handling the hospital’s website and YouTube page have since gone to great lengths to scrub any mention of these services following Libs of TikTok spreading the news of such practices. 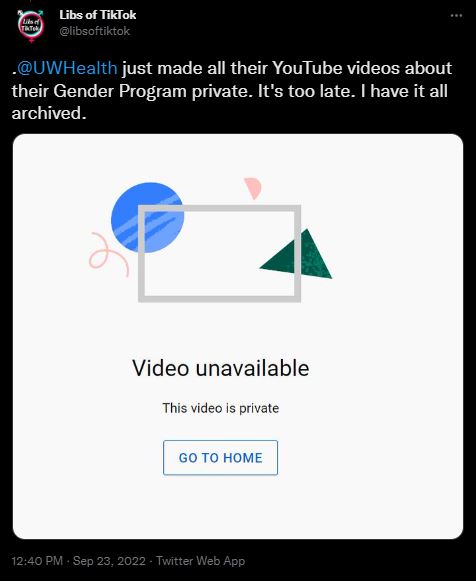 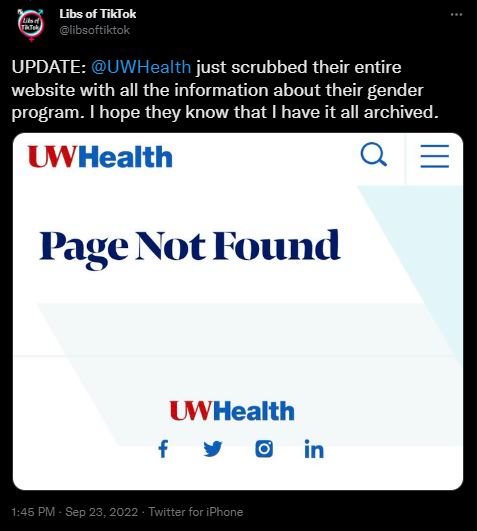 Furthermore, whilst the web links still appear in Google search results, UW Health has also removed any mention of Dr. Gast from their website (as evidenced by the below graphics showing the links originally went to Dr. Gast’s online bio). 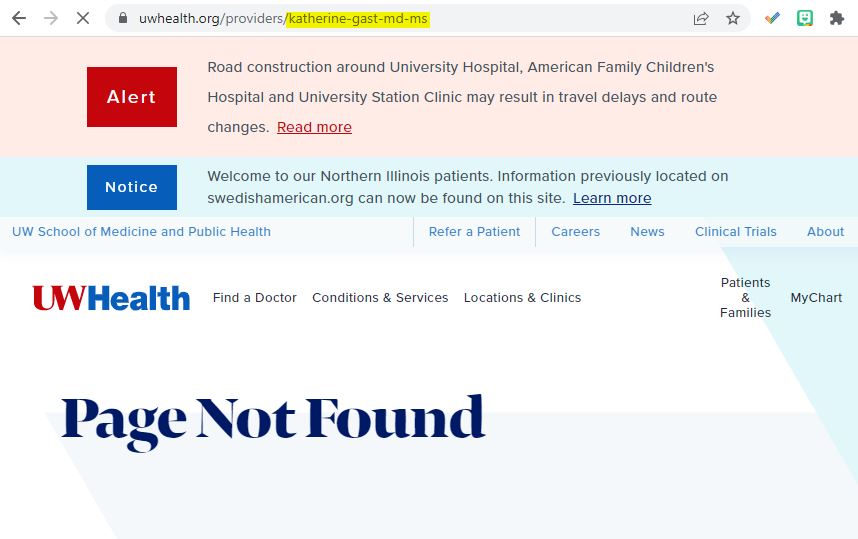 Aside from saying the quiet part out loud by trying to cover their tracks online, UW Health has yet to make any sort of formal public statement on the matter. Ever since Libs of TikTok has been exposing hospitals performing these sorts of procedures on children, the Twitter account has been the target of attempted deplatforming campaigns via hit pieces compliments of the mainstream media.

This piece was written by Gregory Hoyt on September 24, 2022. It originally appeared in RedVoiceMedia.com and is used by permission.

Read more at RedVoiceMedia.com:
‘This Is a Signal’: People With Jobs Are, All of a Sudden, Becoming Disabled at Alarming Rates [VIDEO]
‘This Is Disturbing’: The Shots Could Be Weakening Immune Systems for Generations [VIDEO]
‘This Is a Mic Drop’: Healthy, Successful People Are Suddenly Dying Off Faster Than the General Population [VIDEO]