"It would have been illegal. It is the definition of an insurrection and coup."

“Kash Patel joins The Benny Show to talk about the persecution of Steve Bannon, what can be done to save him, and his predictions for what will happen to Hunter Biden.” – Benny Johnson

“Liz Cheney went on TV on the mainstream media outlets these past couple of days and said Donald Trump did not order the deployment of the military domestically. And the Secretary of Defense testified earlier that Donald Trump did not order such a deployment. Of course not. It would have been illegal. It is the definition of an insurrection and coup. Had I been asked that question under oath, the answer would have been the exact same. Is this January 6th committee allowing to propagate false information by actually intimating that because he didn’t order it and break the Constitution and the law, he failed to do his duties? Are they forgetting Donald Trump’s authorization of up to 20,000 National Guardsmen and women days before January 6th, and the documented proof by the DoD Inspector General under Biden and Milley’s own testimony, which says President Trump authorized which is the only thing that law allows him to do, you can’t order it, authorize the troops to be available. And then we have in writing Mayor Bowser and Pelosi’s refusal to accept that authorization or request of National Guard assistance. They are the ones at the end of the day that the law permits to greenlight such an authorization. No president can ever, and nor would I ever want a president to ever order the deployment of the United States military domestically. That is illegal.” – Kash Patel

Sources referenced by Benny in the video above: 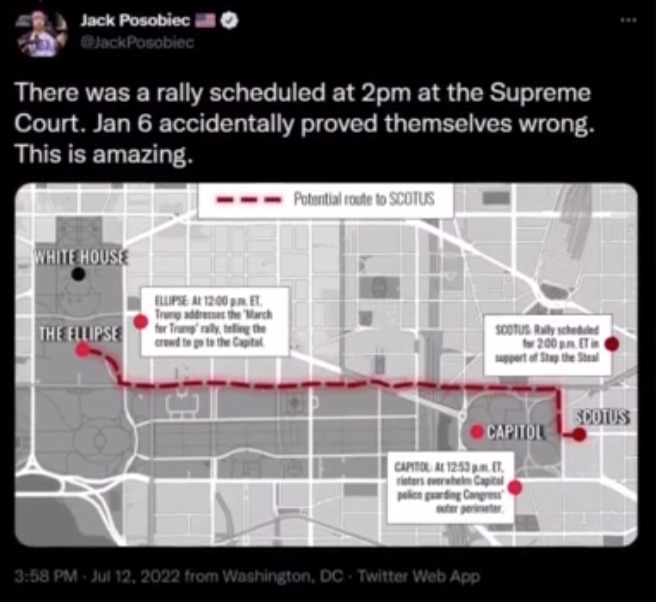 This piece was written by Zach Heilman on August 2, 2022. It originally appeared in RedVoiceMedia.com and is used by permission.

This was a crappy summation article, it literally had 0% to do with the headline