"The government is concerned that if this sensitive information is made known to the public..."

WASHINGTON, DC – Recently unsealed court documents have revealed the unsettling amount of information that Brandon Straka, the founder of the “Walk Away” movement, handed over to federal investigators following his arrest and eventual conviction related to his level of participation in the January 6 incident at the Capitol.

And these court documents – which attempts were made to keep them sealed from the public – show that Straka named a lot of names.

Back in January, we at Red Voice Media reported on how court documents then-available showcased that Straka was going to be getting a sentence recommendation of four months of house arrest, three years of probation, and 60 hours of community service alongside $500 restitution.

In the aforementioned report from this past January, it was noted that a December 17th filing by prosecutors sought a timeline extension to Straka’s sentencing that was originally scheduled for December 22nd, 2021 that pushed it out to January 20th, 2022.

Per the December 2021 filing seeking an extension, the reasoning behind the request for additional time was due to “the government’s sentencing recommendation” potentially being “impacted based on the newly discovered information” that was handed over by Straka.

However, no additional information was ever provided beyond that in terms of what was available to the public.

Of course, one of the key reasons why the general public was in the dark about what Straka rattled off to investigators was because federal prosecutors and Straka’s attorney, Stuart J. Dornan, were worried about lingering reports in the media that Straka was snitching on key figures linked to the Capitol incident. 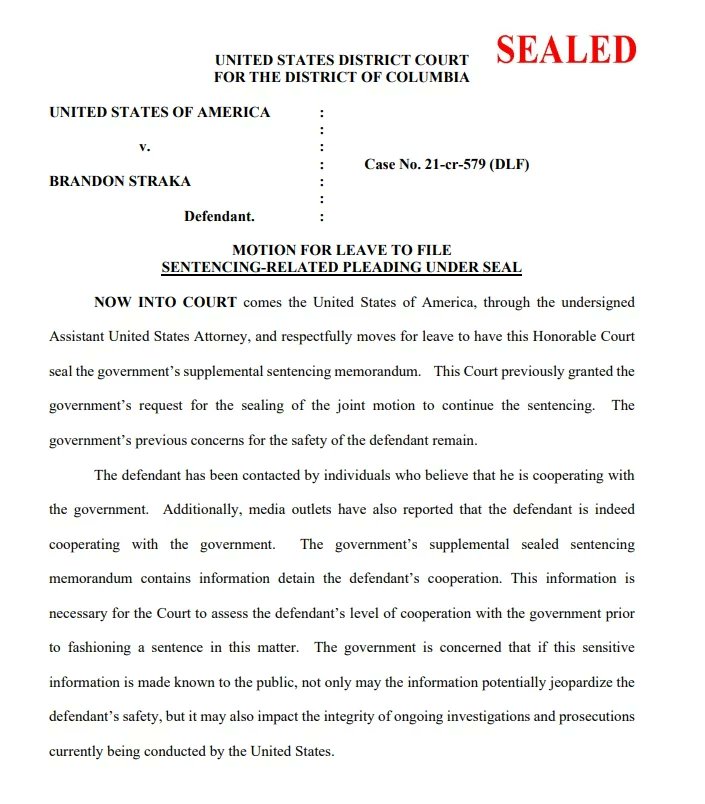 In a now-unsealed document related to Straka’s case, it shows that federal prosecutors sought to “seal the government’s supplemental sentencing memorandum.”

Additionally, the federal court document read, “The government is concerned that if this sensitive information is made known to the public, not only may the information potentially jeopardize the defendant’s safety, but it may also impact the integrity of the ongoing investigations and prosecutions currently being conducted by the United States.”

Well, obviously this information that Straka and the government hoped to keep sealed managed to get unearthed due to persistent requests from various media organizations – and Straka named a lot of names when speaking with authorities in an effort to be shown leniency.

One thing to keep in mind here is that Straka was arrested in Nebraska on January 25th, 2021 and made a court appearance on January 26th, 2021 and found himself “released with conditions” that same day.

He entered into a plea agreement in October of 2021 and by January 24th, 2022, he was given house arrest followed by probation – the information he handed over to authorities as detailed below is undoubtedly why he spent roughly 48 hours behind bars. 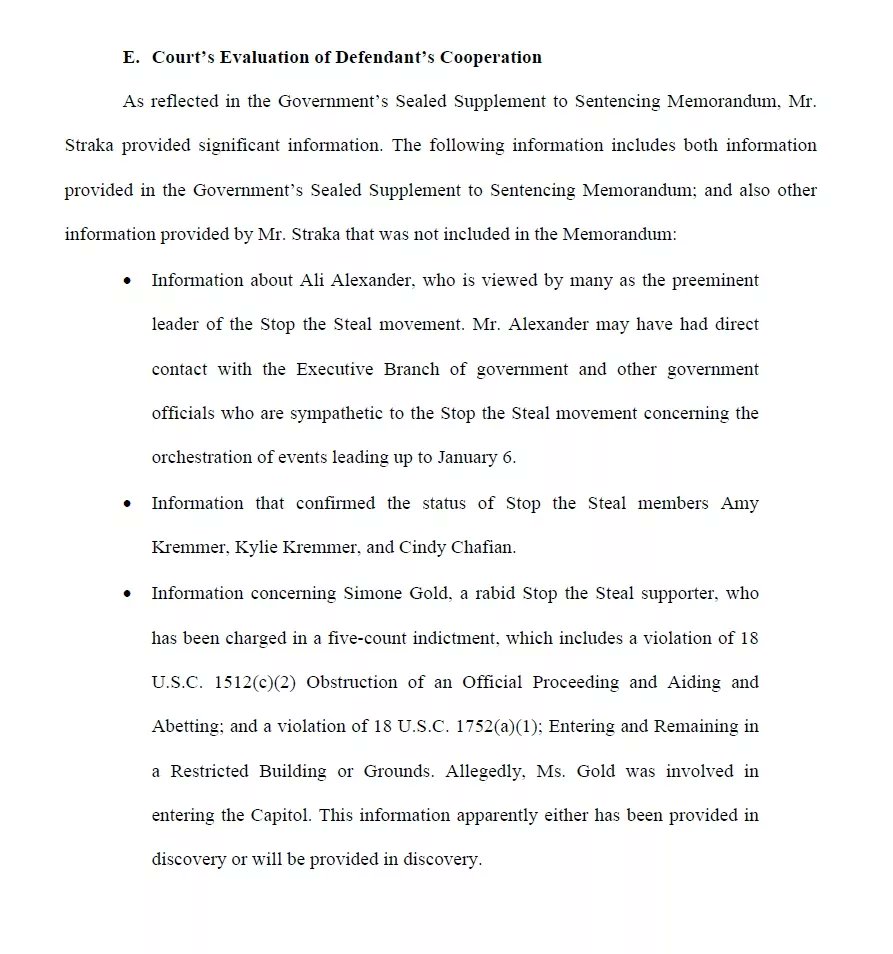 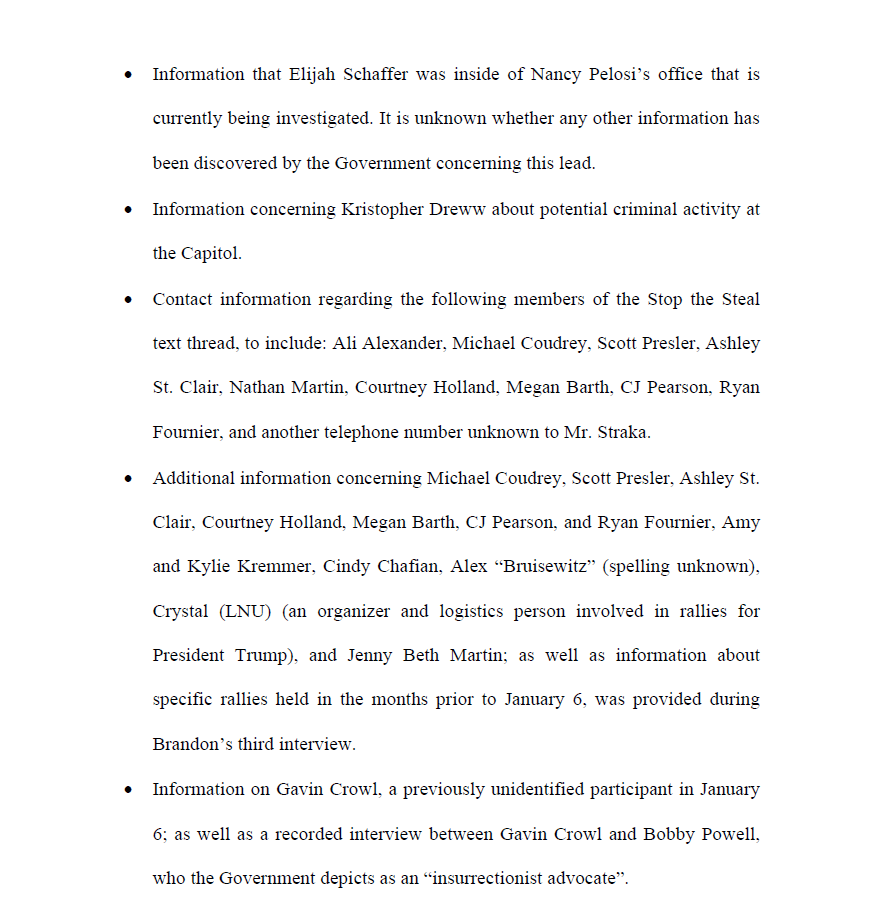 According to the unsealed documents, “Straka provided significant information” about the following individuals:

Not to mention, Straka also gave the federal government information on “a previously unidentified participant in January 6” by the name of Gavin Crowl.

Needless to say, Straka dropped a lot of names and information in order to stay out of jail.

This piece was written by Gregory Hoyt on July 28, 2022. It originally appeared in RedVoiceMedia.com and is used by permission.