Please explain to me, with science, how what Joe says makes any sense so I can trust it?

Joe Biden has never been that smart of a man but in recent years many people say he’s gotten a lot worse. It doesn’t help his case that he and his handlers refuse to have him submit to a cognitive test. Especially after how rabid the left was for Trump to take one.

Now it’s just getting flat-out embarrassing with him not being able to speak in complete sentences, having notecards instructing him to do the most basic of tasks, shuffling and stumbling repeatedly, and even falling off his bike to sniff a little girl.

Is there any wonder that he doesn’t understand how things work? 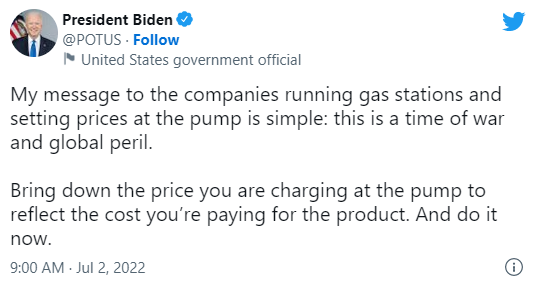 If you didn’t catch how dumb that Tweet really is, Jeff Bezos sure did and he’s one of the wealthiest men on the planet… not that I agree with his politics because I don’t. But if Bezos, who does seem to align with the radical Left in a lot of ways is calling him out on it… HERE’S YOUR SIGN… 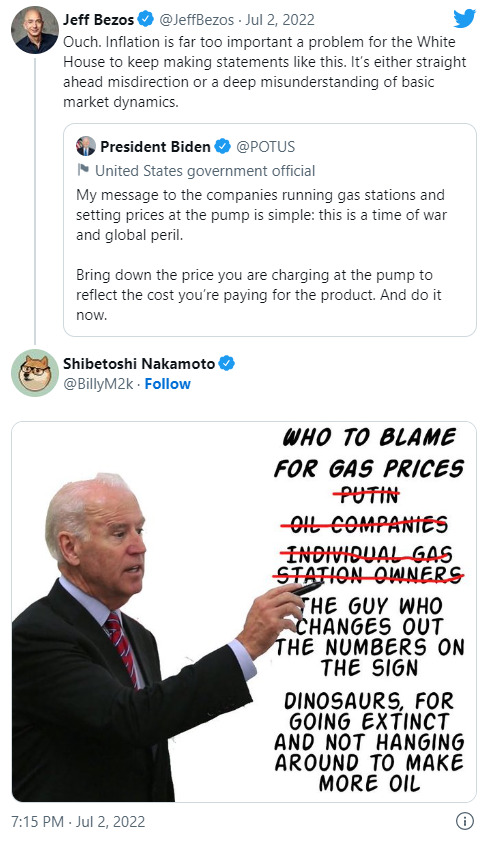 This isn’t even the first time Joe went after gas stations… And it’s not even as if Joe’s ideas were anywhere near original. The playbook was called out in 1978 by Milton Friedman.

But wait, it gets even worse. Here it is by the data and numbers… 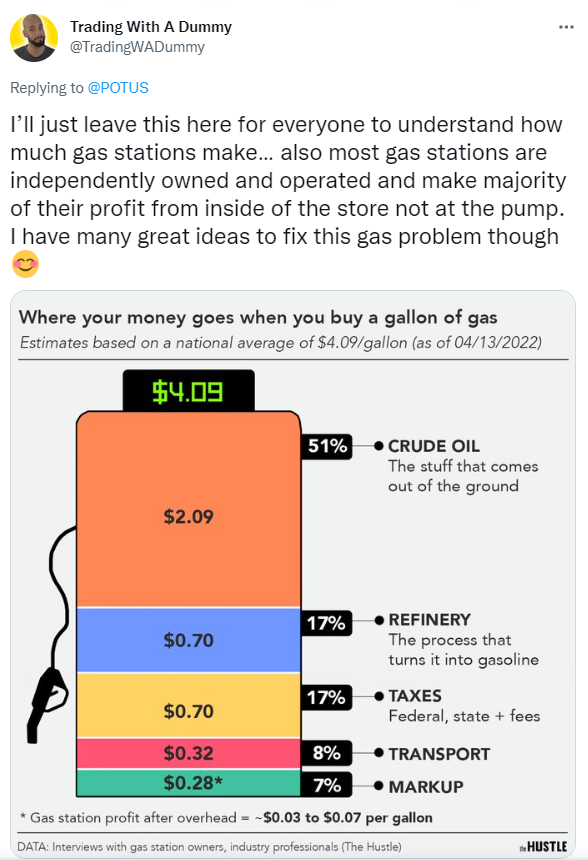 This piece was written by Zach Heilman on July 3, 2022. It originally appeared in RedVoiceMedia.com and is used by permission.

Did you nuts in the White House do the math on the price of a gallon of crude costs at just $100 for the 42-gallon barrel? That’s slightly more than $2.38 a gallon. Don’t deliberately make yourselves and Pete look like the morons many think you are.