Threats of domestic terrorism and the Biden Regime's DOJ is MIA

Jane’s Revenge, a radical leftist pro-abortion group, is now making domestic terrorist threats against pro-life pregnancy centers. They’ve already claimed responsibility for acts of violence and vandalism at pregnancy centers around the country. Now they’ve upped the ante and have promised to escalate their violence with the recent release of a statement… 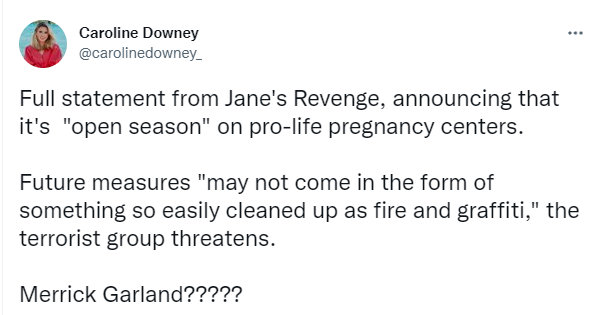 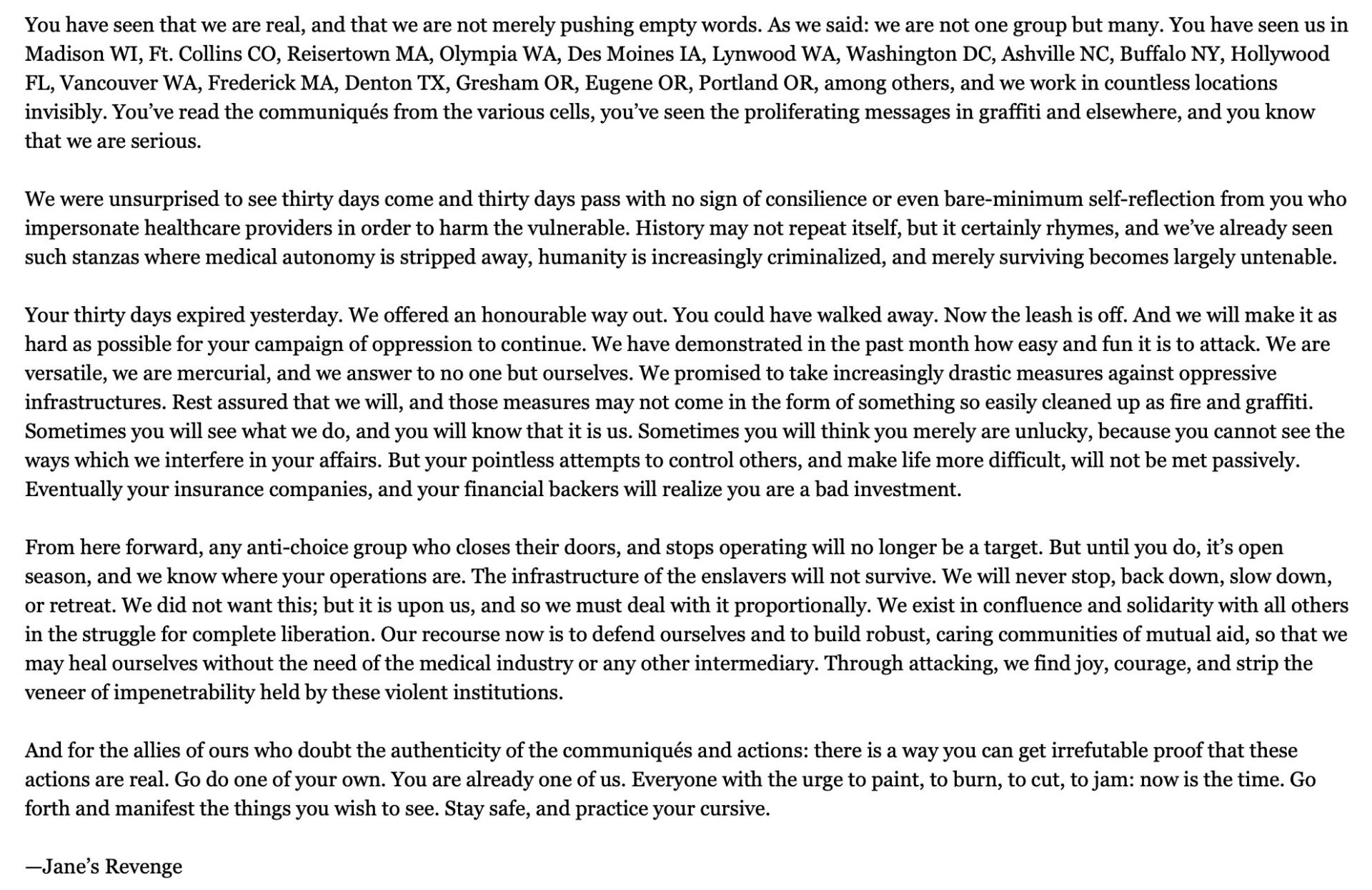 Owen Shroyer details the latest criminal plans during the democrats’ summer of rage 2022.

Joe Biden is nowhere to be found…

This piece was written by Zach Heilman on June 20, 2022. It originally appeared in RedVoiceMedia.com and is used by permission.