American-born skater Zhu Yi gave up her Unite States citizenship in 2018 to become a Chinese citizen so she could compete for the Communist country in this year’s winter Olympics.

Sadly for the 19-year old skater, she placed dead last on Saturday, with the a score of 47.04, the lowest score for the entire event.

Yi attempted a combination triple flip-triple toe-loop jump but ended up face-planting on the ice and crashing into the wall. Minutes later her butt was on the ice again after failing to execute a triple loop.

After her miserable performance, Yi told reporters, “I’m upset and a little embarrassed. I counted over and over again last night to see how many points I need to collect today to help my team advance.” 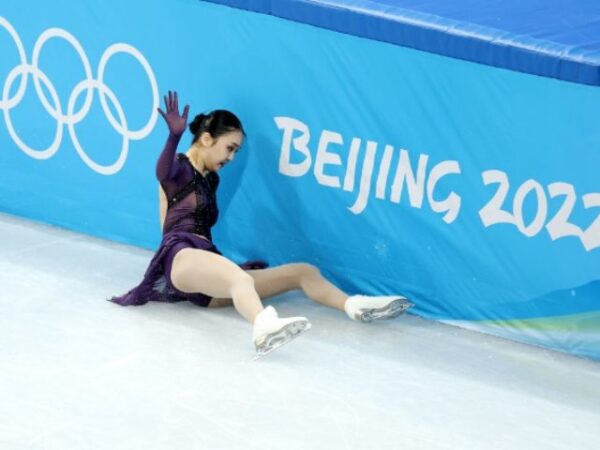 She added, “I guess I felt a lot of pressure because I know everybody in China was pretty surprised with the selection for ladies’ singles, and I just really wanted to show them what I was able to do, but unfortunately, I didn’t.”

The Chinese skating fans were unapologetic in their criticism of the young woman.

On Weibo, China’s version of Twitter, people mocked and insulted her, calling her a “loser” and a “disgrace to China.” One critic even said, “How dare you skate for China? You cannot even hold a candle to an amateur.”

Before the event, Yi had a large following within China; many Asian fans were hoping to disgrace America with a great performance by the defector.

After her disastrous flop at the Olympics, the phrase “Zhu Yi has fallen” started trending on Chinese social media platforms. Shortly after, fans started slamming her for “false patriotism”, claiming that she speaks English, not Mandarin.

Yi was born in California to a two Chinese nationals living in the U.S. at the time of her birth.

There’s been no word as to whether she will seek back her American citizenship. 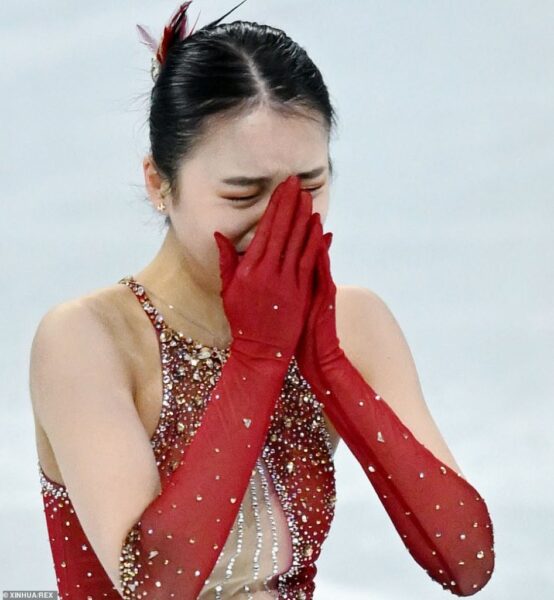 This piece originally appeared in Objectivist.co and is used by permission.

Everything isn’t politics. I do not revel in the failure of others. No one who reads this article is going to win an Olympic medal either so give her a break. As for changing citizenship, just being born here to 2 Chinese nationals, is no basis for handing out citizenship anyway.

Since she lost so badly…….we all know how the CCP treats losers!!! She may not be around to ask for her USA citizenship back.

She has made her choice. I would not want her to get her US citizenship back. Pick yet ANOTHER country.

I am likely alone in this but I feel very sorry for Yi. She has found how hard the ice can be on every level. It pays to remember that it is what a competitor does after they have fallen that determines if they are a champion or not.

Yes, you are alone feeling sorry for someone who renounced her U.S. citizenship in order to win an athletic event.

I sincerely hope she doesn’t try to get her US citizenship back. Yi and the CCP deserve each other. Her bad, eh?

If she had stayed a citizen of the U.S. at least she wouldn’t be worrying now about becoming shark bait.