Whenever I hear someone advocate for change, not improvement, but only change, I think: Well, Hitler, Stalin, Mao, and Pol Pot brought a lot of change. But it’s a fetish of the Left to seem to want change just for the sake of it, as if everything is always bad and must be changed regardless of its merit.

We, as conservatives, understand that not to be true. We must conserve what is good and seek to improve what isn’t. A mundane recent example brings the point home. On Saturday I saw the recent remake of West Side Story. It’s directed by Steven Spielberg. 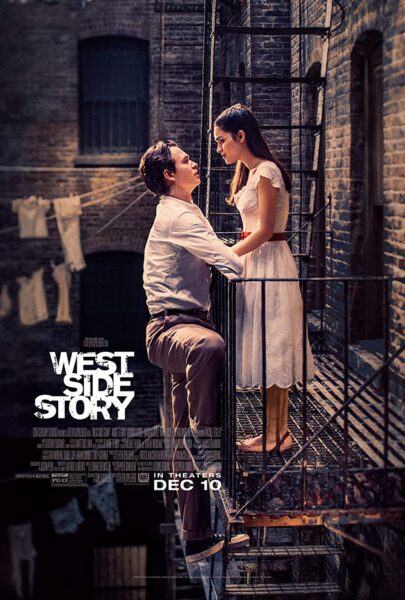 It’s not as bad as the bad reviews. It’s a tad PC, but only 3 lines are really bad in an anti-American/we hate whites sort of way. The male lead, Ansel Elgort, can’t handle the singing and no one will ever equal Rita Moreno as Anita in the 1961 original.

Also, Puerto Ricans don’t say “gringos,” Mexicans do. Wasn’t there one Latin on the set to point that out? And, the Latin accents were all over the road, few being PR. They changed Arthur Laurent’s book to bad leftist effect. The screenwriter, Tony Kushner, is way overrated.

Saying that, the new Maria, Rachel Zegler, is lovely and her voice is angelic. She is perfect as an urban Juliet. The choreography is excellent and the cinematography is great. The set design is spot on and the characters of Anybodys and Baby John are now one character, a good move.

But the stand out? The new Riff, Mike Faist. He leaves Russ Tamblyn in the dust. He’s got this hopeless Bowery trash look and feel that is the core of Riff. Tamblyn was too cutesy to get that. So, if you love the original, you’ll be okay with this. But the basic question is obvious, why remake it in the first place?

The original is considered a masterpiece of a time that saw America reach its cultural apogee, the early 60s. Why? Because battle hardened adults ran the place. Real world wisdom had been gained at a high price. That sagacity was not being ignored and the culture reflected it in an appreciation of artistic merit. It is quite a comparison with our effete whining culture of today.

Hence why the Jewish shop owner in the film, Doc, was changed to a Latin female character. Call it cinematic affirmative action. The ironic part? The original Anita, Rita Moreno, is now Doc and thus enabled the sad PC change to a film that brought her to stardom.

An implicit part of the original film was also an appreciation of America as a melting pot. The “America” number says it explicitly. But in the new version two characters, Chino and Anita, reject America. That is Spielberg, Kushner, and Hollywood talking. Spielberg couldn’t leave well enough alone. In his hubris and fury for change he tried to top what was already unchangeable excellence, unnecessary of revision. Thus proving, in his own small way, why change isn’t always improvement.

Even when change is needed, doing NOTHING is usually better than doing the WRONG thing.