Conservative Pundit Suspended By YouTube Doubles Down, Dares Them In Based Email Response

This is the way. A parallel economy is inevitable.

Dan Bongino responded to YouTube suspending his account after the Biden Administration asked Big Tech to censor anyone who questions Biden’s regime with a feisty response, telling YouTube to, Kiss my a**.”

Bongino had posted a video to YouTube stating that masks are “useless” in stopping the spread of Covid19. The Big Tech company suspended Bongino’s channel for a week on Friday and demonetized it for 30 days. The company claims Bongino violated their policies by spreading misinformation about Covid19. YouTube’s policies specifically prohibit anyone from stating that masks are ineffective at stopping the spread of Covid19. The reason is that the “science” says otherwise.

MORE NEWS: Where Was God At Uvalde?

Well, if YouTube was expecting some type of apology from Bongino, it is safe to say that day would never come. Instead, Bongino had a few choice words for the platform after his account was suspended.

I guess they were waiting for an apology from us. But that’s not quite how it worked out for them. Here’s Dan’s email to “Coco” at YouTube telling them to plant a big wet kiss on his ass pic.twitter.com/4yFeprnr3Y

Here is the full email: 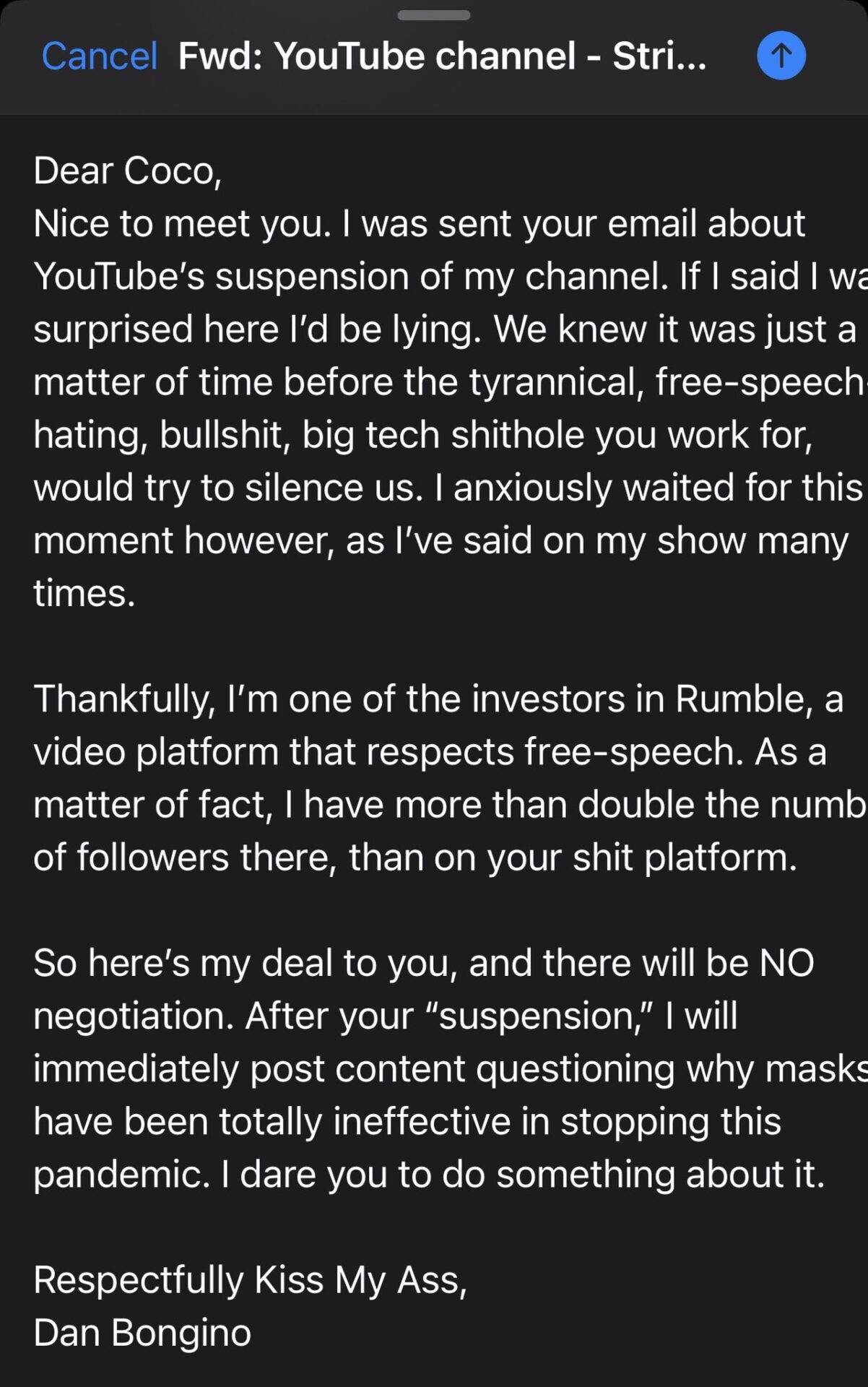 Once again, the left is trying to keep power and control to ensure the American people only get the picture they want you to see and not the reality of what is going on.

Thank you all! We kicked the shit out of YouTube today. We couldn’t be prouder to fight this fight with you. More big news this week on this victory. It was a good day. Goodnight!

MORE NEWS: What Did Covid School Closures Do To Our Kids?

This piece was written by Zach Heilman on January 15, 2022. It originally appeared in RedVoiceMedia.com and is used by permission.

Where Was God At Uvalde?

What Did Covid School Closures Do To Our Kids?

Kemp Gives Abrams The Devil Down In Georgia