When Joe Biden was installed into the White House he vowed to “unite” the country.

Many doubted that he could do it since he’s such a divisive and hateful old man – but much to everyone’s shock, he did it…a large swath of the country is now united, all thanks to the “F Joe Biden” chant.

That’s right, the “F Joe Biden” chant has become a national past time and it’s actually bringing people together in a bipartisan way.

You’ve got mall shoppers in the foodcourt chanting “F Joe Biden,” and college kids at football games, it’s been people at concerts chanting it and New Yorkers who are protesting vaccine mandates…it’s really a sight to see, and it does my heart good.

But one of the most interesting “F Joe Biden” chants happened at the NASCAR race in Talladega.

The crowd got going just as an NBC sports reporter was interviewing race car driver Brandon Brown, and as the chant started getting louder, the reporter did her best to cover for Joe Biden, and claimed live on the air that the crowd was actually saying, “Let’s Go Brandon.”

Ha ha ha, what a desperate and pathetic move that was.

And trust me, she has taken a lot of much-deserved mocking for it.

Even Ted Cruz is getting in on the fun.

Wait until you see the hilarious meme Ted shared, with the caption, “I’d like to solve the puzzle…”

Here’s a photo of the meme Ted shared: 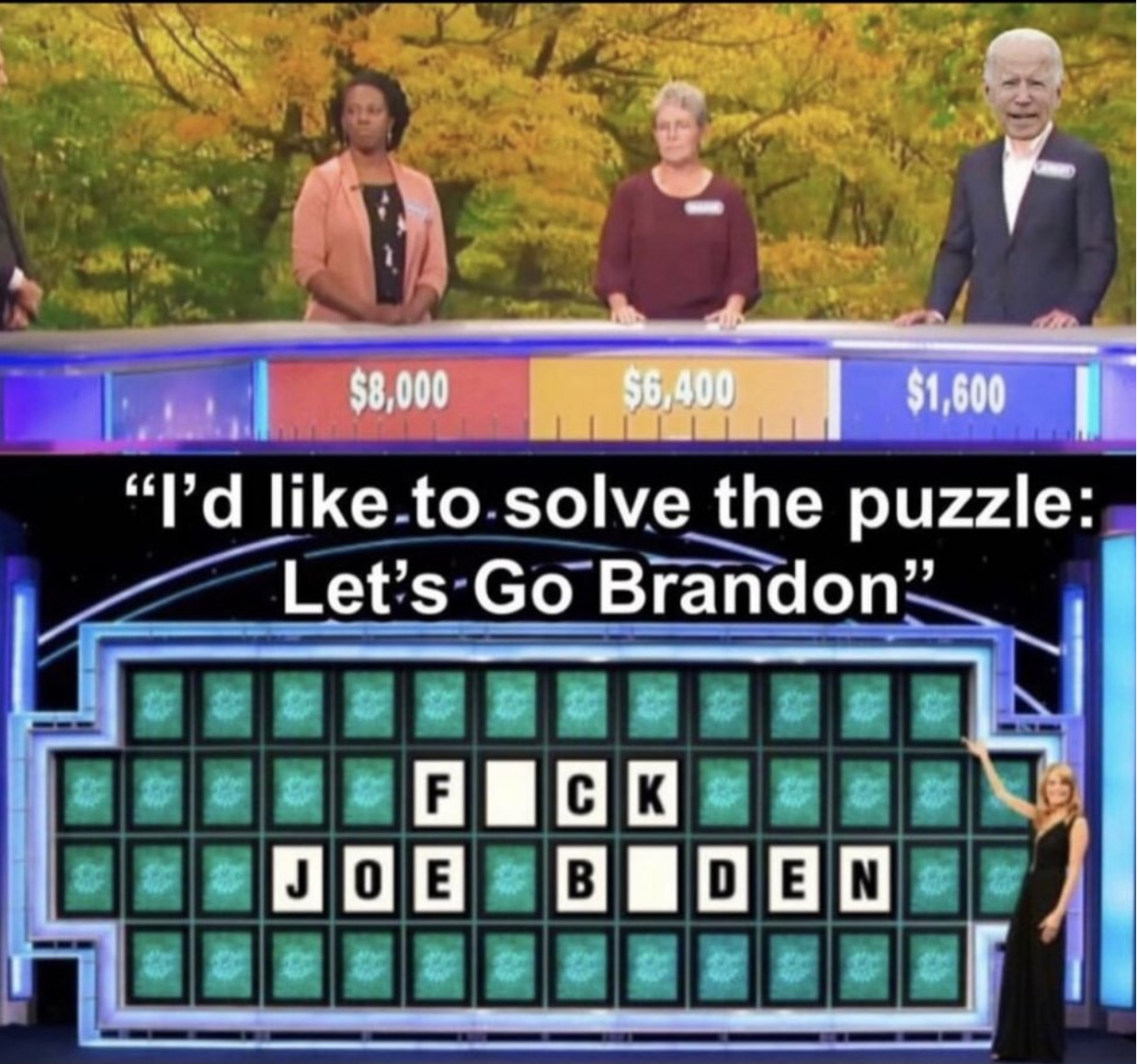 Ted got so many laughs with his comment on that meme, that his retweet actually went viral.

What fun, Ted has a great sense of humor, and the “Let’s go Brandon” stuff is hilarious and definitely worth mocking.

Mass Protests Around the World Opposing Restrictions on Liberty