This doesn't seem fishy at all.

Although the Democrats continue to control Washington and the White House, they forget that major 2020 election audits are still taking place all over the country. While people might have believed that Joe Biden became the most voted for president in all of history on election night, seeing him in action has left many wondering if former president Donald Trump was right – yet again. With just a couple of days, until some audits are revealed, a group in Wisconsin called the Wisconsin HOT (Honest Open and Transparent) is asking election officials why 23,000 of the state’s voters share the same phone number?

Dated September 22, the Wisconsin HOT sent a telegram addressed to Tara Coolidge City Clerk of Racine, Lisa Tollefson, Clerk of Rock County, Meagan Wolfe of The Wisconsin Election Commission, and all six Wisconsin Board of Commissioners.

The message reads, “Why are there 23,203 voters registered right now in Racine County all with the same phone number? There are another 63 registered statewide with this same number. Why didn’t you know this? The same 23,263 were registered last year on your voter registration list proving you didn’t even know.” 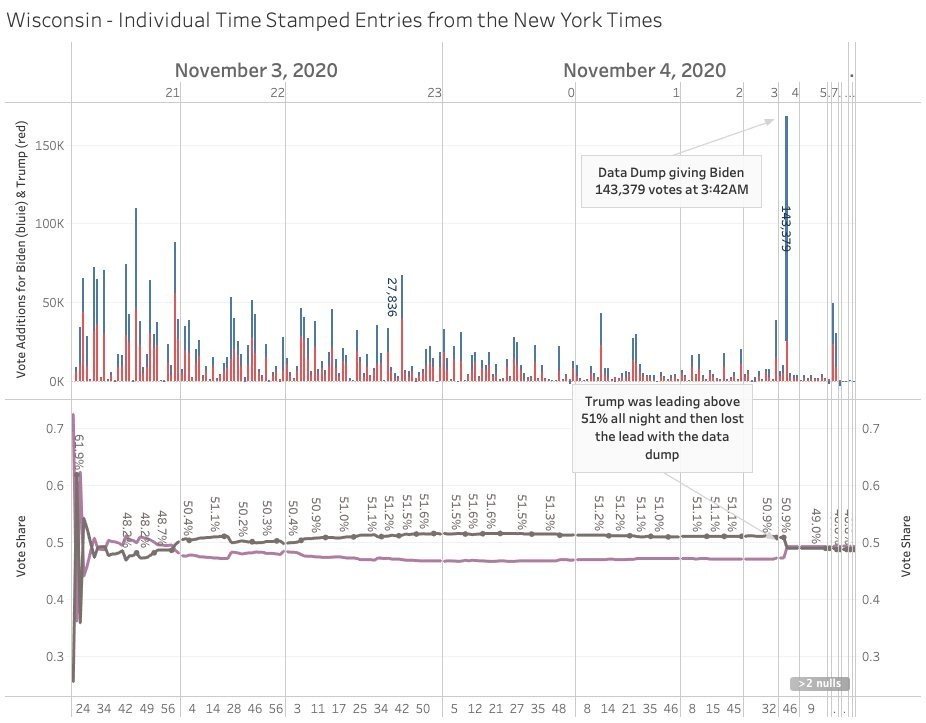 MORE NEWS: Gov. DeSantis Vows To Not Support Global Pandemic Treaty With The WHO

The group added, “Tell us who owns the phone number. It is a 262-9XX-XXXX number. It does no good to search it on google or other search methods as hundreds, even thousands, of different names show up; these are innocent people who don’t even know their names have been associated with the number.”

The letter then calls out each person, specifically asking them why they failed the American people when it came to election time. “Commissioners: why don’t you know about these 23,200+ people with the exact same phone number? Why didn’t you know about 543,000 people registered for the year 1918? A voter registration list isn’t kept like that, it is ludicrous. When are you going to re-register all these people so their date of registration is known?

While the Wisconsin Hot wants the truth, they also put it plainly in their letter, “We demand your immediate resignations for lying to us all about the happenings of the November 3, 2020 election.”

This piece was written by Jeremy Porter on September 24, 2021. It originally appeared in RedVoiceMedia.com and is used by permission.

For a nickle you can polish my pizzle

I’ve made $84,000 so far this year working online and I’m a full time student. I’m using an online business opportunity I heard about and I’ve made such great money. It’s really user friendly and I’m just so happy that I found out about it. The potential with this is endless. Here’s what I do…>>>>> http://gg.gg/cash11

Gov. DeSantis Vows To Not Support Global Pandemic Treaty With The WHO