Aurora James, the fashion designer AOC's 'tax the rich' dress, is quite wealthy and a frequent deadbeat when it comes to paying taxes.

By The Political Insider Staff
September 20, 2021

Aurora James, the fashion designer behind far-left Representative Alexandria Ocasio-Cortez’s (AOC) ‘tax the rich’ dress stunt, appears to be someone who should take the message to heart.

A New York Post report indicates James’ company, Cultural Brokerage Agency, which she formed as a parent company of her fashion brand, owes, or at least racked up, nearly $120,000 in back taxes.

MORE NEWS: Recognize Taiwan And Tell The Chicoms To Lump It

The company, it appears, was taxing their employees’ income, but not sending the money to the government.

The ‘Tax the Rich’ dress designer whom @AOC went to the Met Gala with:

Tax The Rich, Just Not Us

Owing a significant amount of back taxes isn’t the dress designer’s only issue, either.

The company owes over $62,000 in fines for failing to carry workers comp insurance according to the New York State Worker’s Compensation Board.

When she isn’t paying her workers or the insurance necessary if something unforeseen happens to them, James appears to be skipping out on her rent as well.

One landlord sued her for $5,000 in unpaid rent back in 2018, while another demanded $25,000 plus interest while trying to evict her primary fashion company, Brother Vellies, just a little over a year ago.

AOC is going to be explaining her Met Gala appearance until it’s a year later and she’s attending again with a dress that says “I understand irony!” on it.

But all this doesn’t mean you can stop paying your taxes. In fact, you are paying her.

“While James apparently has no problem stiffing the Taxman, she isn’t shy about taking money from taxpayers — her company received $41,666 in pandemic relief aid,” the Post writes.

And she’s definitely in a higher income bracket – having purchased a $1.6 million home during the heart of the pandemic in Los Angeles.

The home is described as sitting on over 7,000 square feet in Hollywood Hills, sporting cathedral ceilings and a backyard hot tub. 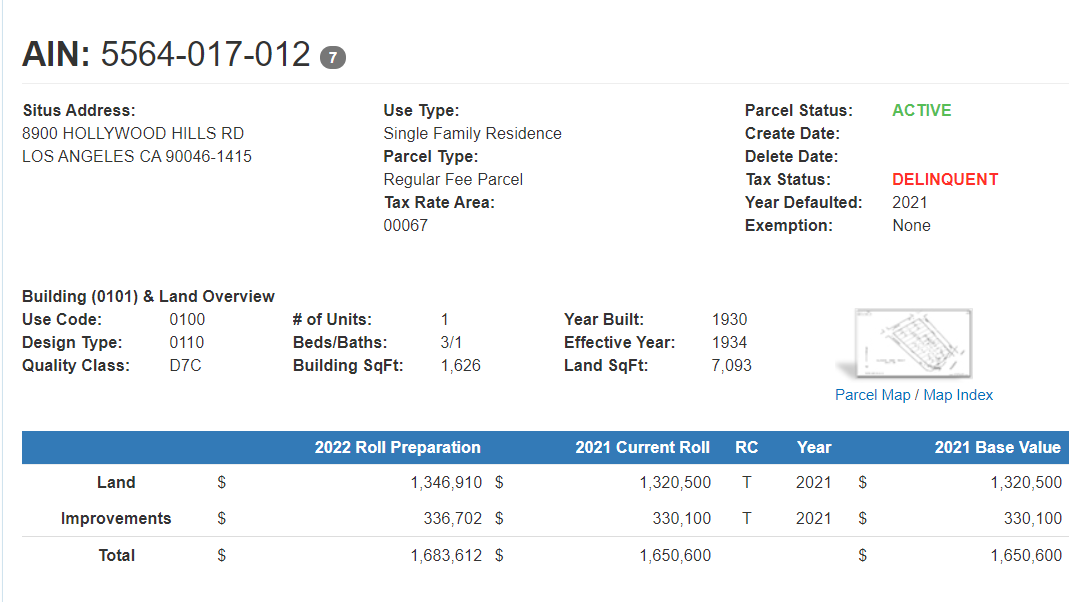 James – whose own net worth is around $2 million – also attended the Met Gala with boyfriend Benjamin Bronfman, an extremely wealthy millionaire environmentalist whose family created the Seagram’s drink company.

AOC had described she and Aurora James as making a statement at the elitist event to start a discussion on “what it means to be working-class women of color at the Met.”

“Proud to work with [James,] a sustainably focused, Black woman immigrant designer who went from starting her dream [company] at a flea market in Brooklyn to winning [a Council of Fashion Designers of America award] against all odds — and then work together to kick open the doors at the Met,” she beamed.

(The Hillary-donating James is indeed an immigrant. She’s from Canada.)

MORE NEWS: Trump Slams Colin Powell As A ‘RINO’ After His Death – Calls Out Media In Blistering Statement

Even those talking points may have been a charade.

“Pea noted the importance of preparation & providing a context for reporters to incl. when delivering the messaging. This incl. prepping materials that highlighted talking points for AOC…” https://t.co/H52j864EB4

It’s difficult to imagine the stunt going any worse for AOC had she tried.

Everything involved with it is apparently an illusion.

MORE NEWS: REPORT: OSHA Trying To Sweep Vaccine Injuries Under The Rug Based On Their Own FAQs

A ‘tax the rich’ message at an uber-elite event, scrawled on a dress designed by a rich tax-delinquent designer, and AOC’s talking points apparently crafted by a PR firm.

Yet for all her yammer, the New York Post reports that AOC clammed up when asked for comment.

Socialism, in a nutshell.

Read more at ThePoliticalInsider.com:
Trump Has An Idea For The Billions In Weapons Biden Left For The Taliban
Biden Responds After Hundreds Of 9/11 Victim Families Tell Him Not To Attend Memorial Events
Biden Confronted At Press Conference After Poll Shows Most Americans Think He Is Unqualified

Recognize Taiwan And Tell The Chicoms To Lump It

Gingrich Understands, Socialism Is A Racket