The photo is from Monday morning at 6:17 am, and internet sleuths have more to add...

Gabby Petito’s body was recovered in the last place she was thought to be before she went missing: Grand Teton National Park.

We’re still waiting to hear about the autopsy results to find out exactly how she died.

In the meantime, authorities continue to search for her boyfriend, Brian Laundrie, who took off and went on the run right after police named him a “person of interest” in the case.

Brian’s parents believe he went into the Carlton Reserve, a 25,000-acre nature reserve near the family’s home in North Port, Florida.

But a new photo from a deer camera has just shaken everything up.

A man in Baker, Florida, about 500 miles away from Brian’s home in North Port, says he captured someone who looks very much like Brian on his Deer Cam.

What’s a deer cam for those who don’t know?….well, it’s a remote camera, also known as a “trail camera” or “game camera.” It’s placed in areas where the hunter generally cannot be. When a deer or other animal comes into the area, the camera’s motion sensors direct it to take photos and video.

They are time-stamped, so you’ll know when the game comes to the area. Many of them can also be configured to send pictures and videos to your smartphone in real-time.

Sam Bass said he spotted the man toting a backpack at 6:17 a.m. Monday in the town of Baker, Fla., about 500 miles away from Laundrie’s home in North Port.

“I’m not saying this is the guy but whoever was on my trail camera this morning in Baker, Fl strongly fits the description of Brian Laundrie,” Bass wrote on Facebook. “Authorities have been contacted but people in the North West Florida area be on the look out.”

Laundrie, who is a person of interest in Petito’s disappearance, was reported missing by his parents on Friday.

The Okaloosa County Sheriff’s Office, which has jurisdiction over Baker, confirmed that they were looking into the possible sighting.

Here’s the photo from the Deer Camera: 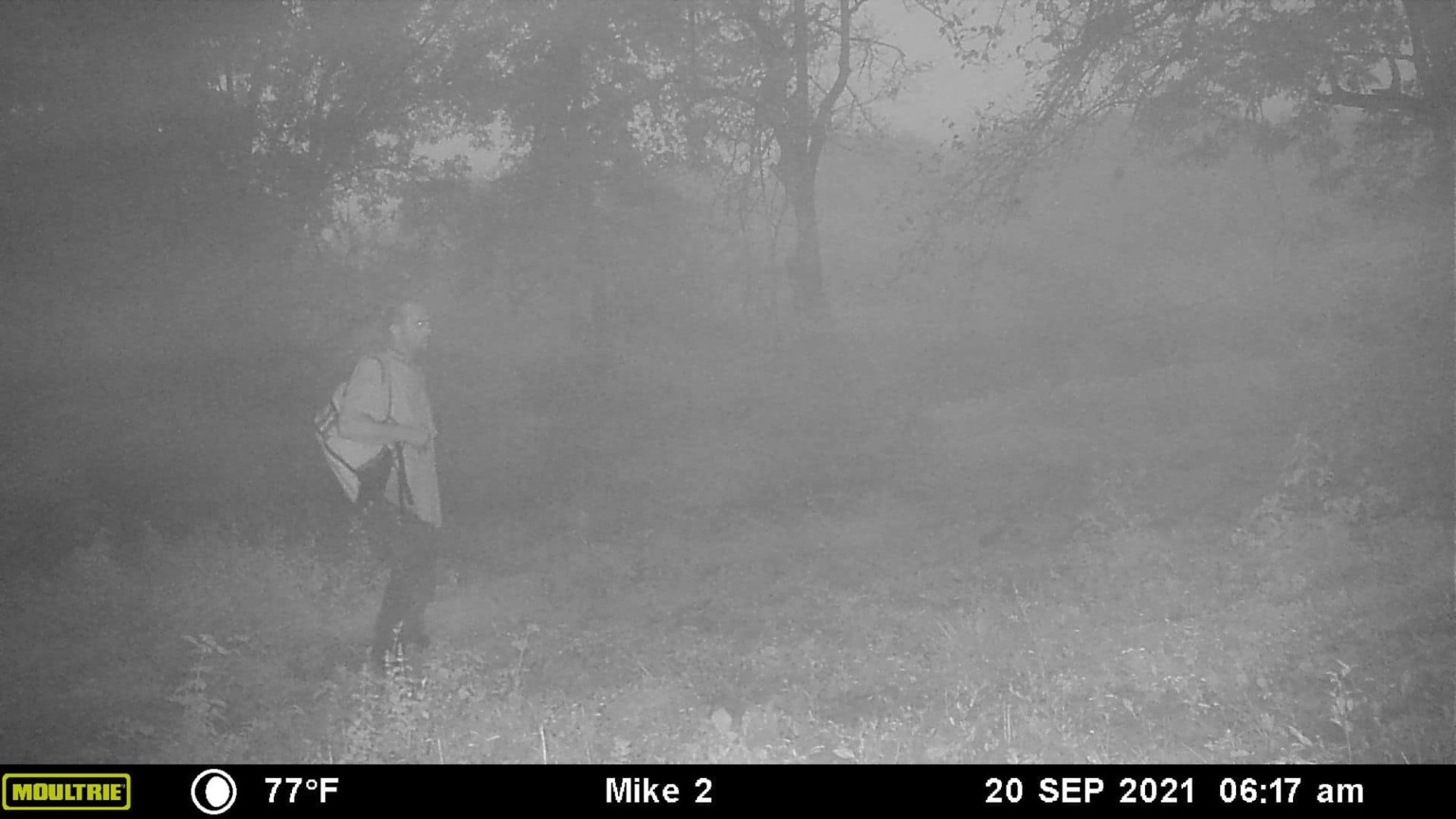 I will say this much it certainly looks like it could be Brian, the build, and the overall look fit.

And to make matters more interesting, social media sleuths have pointed out that the man’s backpack in the Deer Cam photo is very similar to a backpack pictured in Laundrie’s Instagram Stories.

Read more at WayneDupree.com:
[VIDEO] Dan Scavino Shared an 8-Second Clip With No Sound, That’s the Most Damning Hit to Kamala Yet
[VIDEO] Construction Workers Savagely Turn on Union Boss, Chant “You’re a Sell Out, F**k The Jab”
New Update On That Viral Photo of Suspected “Undercover Federal Agents” at “Justice for J6” Event