The Fall Of Afghanistan: The Human Factor

It's not all about geopolitics.

I served with Kevin Hagen decades ago in the Intelligence section of the US Army’s Pershing Missile Brigade in then West Germany. We were at battalion level, then Hagen moved up to Brigade. That was 1981.

We reconnected over Facebook recently and, given his experience in Afghanistan, I asked him his thoughts on the current situation there. His words are telling and eloquent. 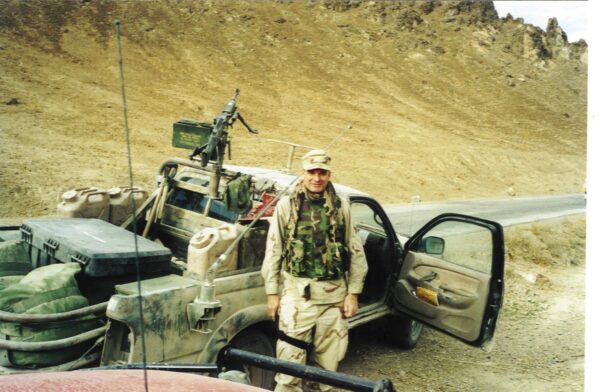 Hagen: This whole situation is tragic at so many levels. It shouldn’t be political, but that’s what it’s become in this environment. We lose so much when we try to simplify it and ignore the human side of it.

#US chooses it's allies based on economic and geographic parameters. They overlook the human factor and that is the reason of their failures in Vietnam, Iraq and Afghanistan.

The gut punch of 9/11 woke everyone up to the threat of Al Qaida and Bin Laden, and the connection to the Taliban and the assassination of Massoud was clear. My military organization (albeit a part-time job for me at that time) sprang into action as you can imagine. For my part, I volunteered to go back on active duty and serve with SOCOM in any way I could. As a 40 year old SFC (E-7) I had no illusions about seeing combat, but I wanted to do something more than write reports. I simultaneously started asking around for other deployment opportunities and, to my surprise, was told that the local Army National Guard Special Forces unit had a couple of vacancies that they could not fill, and one was for my rank and MOS. It seems just a few weeks later I was assigned a small leadership role and preparing for a combat deployment with an SF unit.

We were based not far from Kabul, but we had teams rotate into a variety of locations in the country. Our mission was part of Operation Enduring Freedom (OEF) and, at least at that time, was not closely associated with NATO’s International Security Assistance Force (ISAF). Though the lines are blurred, we (OEF) had a challenging combat mission, while ISAF had more of an assistance and nation-building mission.

Due to my military specialty and the skills that I brought, I spent most of my time in Afghanistan wearing two hats. I was the sergeant in charge of a small group of analysts, and (as a linguist) I was the liaison to the NATO brigade headquarters near Kabul. Both jobs got me “outside the wire” almost daily. I also attended daily information exchanges with local governmental and community members. I can’t tell you how many hours I spent sitting on the floor of some adobe building in the countryside talking with locals and building rapport.

Understand that eliciting information in Afghanistan is not like what you may have seen in the movies, or imagined. It required a lot of very personal discussions and formalities. Gifts were exchanged and countless cups of tea had to be shared. I was expected to know and remember how many wives and children my Afghan friends had. I had to learn about how they survived the Soviet occupation and how they functioned under the Taliban. I had to understand the nuances of their religion (Shia or Sunni) and ethnicity (Tadjic, Hazara, Pashtun, and dozens of others). For everything they shared with me, I had to share the same from my life. (Sometimes I altered a few facts for security reasons and to make the discussions easier. My real-world daughters became sons in my stories to help me get the job done.)

During this time I worked with an Afghan intelligence officer (I obviously won’t share his name) who would not speak to any other Americans but me. He only used one English-speaking interpreter (for security reasons), and the three of us ended up having a very tight bond. I learned how the interpreter’s family collaborated with the Soviets to survive, and how one of his brothers went overseas to go to school. I learned how the Intelligence officer sold fruits and vegetables during the Taliban time to feed his family. It’s not an exaggeration or overly dramatic to say that these two Afghan brothers of mine are now dead – or soon will be. I hope they and their families don’t suffer. (They both loved their wives and children as much as I love mine.) The US government is working hard to get our interpreters out, but I don’t know much they can do to help those who risked their lives to provide vital, life-saving information to us. For many of those men and women, I think they will stay and fight to the end and will not accept a flight out.

As a case in point regarding the human factor, I had the following experience in 2003. Our base had been rocketed and mortared frequently for several weeks. We could usually figure out, after the fact, where the rockets were launched from, but we couldn’t do much proactively to stop them. One afternoon one of my colleagues came to me and said that he was contacted by an English-speaking Afghan at our front gate who said that there were several rockets a few miles away that were pointed at our base and we “had to do something quickly”.

I called up the teams to see if we had some Green Berets to send out there, and learned that everyone was occupied on other missions. We were able to get a small team (one vehicle and five Soldiers) of US Military Police to help out, but it would just be my friend and me to ride out with the informant to show us what was happening. On the way I learned that this person was university educated in the US and had a US born wife. He was afraid for his life, but more afraid that we would be hit by those damned 107mm rockets.

Long story short, our Afghan friend risked his life to show us where those rockets were, and allow the two of us (the MPs couldn’t make it all the way to the site) to handle the problem. I believe our friend is dead, maybe his wife retained US citizenship and has an opportunity to leave. I suspect not.

America Doesn’t Have A Southern Border

L.A. County Defends Maskless Emmy Awards Although They Advise Everyone To Wear A Mask

Jill Biden Takes On New “Role” As Her Hubby Sinks, And It Shows How Bad Things Really Are