One of the 11 US Marines and two other servicemembers killed in the Kabul airport suicide bombing this week was the son of two Riverside County Sheriff’s Department employees.

Corporal Hunter Lopez, 22 years old, was assigned to the 2nd Battalion, 1st Marines. He had been a Riverside Sheriff’s Explorer Scout with the Palm Desert Station from September 2014 to August 2017 and planned on applying to become a Sheriff’s Deputy when his Marine service was up. 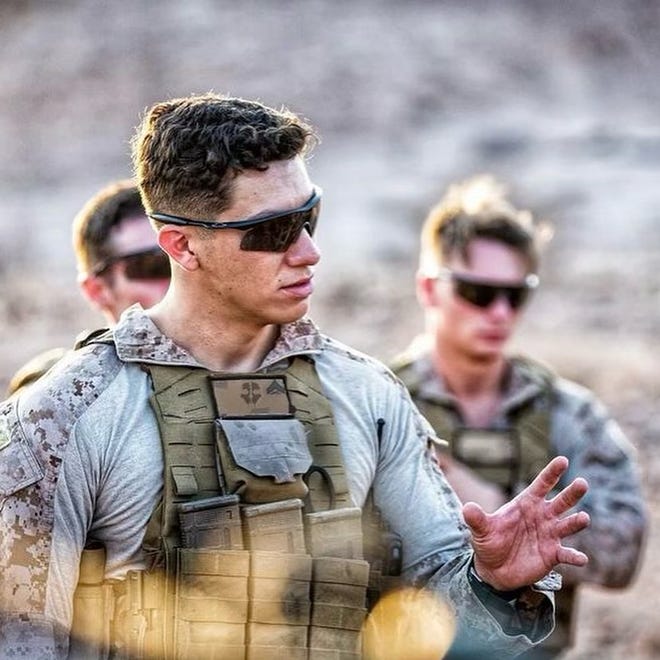 Lopez followed in a succession of leaders in service. His father, Captain Herman Lopez, has been with the agency since 1997. He commands the Coachella Valley’s Thermal sheriff station and serves as the police chief for the City of La Quinta.

His mother, Deputy Alicia Lopez, has been with the department since 2001. She’s the secretary of the labor group and in 2017 she received the Rick Espinoza Distinguished Service Award, partially because of her kidney donation to a young son of a former coworker with a medical condition.

Lance Corporal Kareem Mae’Lee Grant Nikoui is also one of the Marines who perished in the attack and is also from Riverside County. Nikoui was 20 years old and served in his high school’s Junior ROTC program.

It was reported that just hours before he died, he sent videos to his parents of him with some of the children in Afghanistan.

This piece was written by Leah Anaya on August 28, 2021. It originally appeared in ThinBlueLineTV.com and is used by permission.

Project Veritas Confronts Sen. Murkowski Over Secret Support Of Move To Keep Her In Power [VIDEO]