Nearly 15% of the planes are said to be missing and essential part of their flight platform, the engine.

We haven’t seen the F-35 Joint Strike Fighter, a.k.a. The Flying Swiss Army Knife, a.k.a. The Money Pit in the Sky, in quite some time.

This never-ending ode to what Barney Frank dubbed “military Keynesianism” continues to astonish and amaze with its ability to do everything except fly.

Speaking before the House Armed Services subcommittee on tactical air and land forces, acting Assistant Secretary of the Air Force for Acquisition, Technology, and Logistics Darlene Costello said 41 of the fifth-generation fighters don’t have an engine due to maintenance issues, while 56 F135 power modules are currently being repaired at Tinker Air Force Base, Okla. There are 272 F-35A jets in the Air Force’s inventory, meaning nearly 15 percent are without an engine.

The article went on to say, “Lt. Gen. Eric T. Fick, F-35 program executive officer, confirmed Costello’s numbers while noting that the exact number can be calculated in different ways. Rep. Donald Norcross (D-N.J.), however, expressed discomfort about providing funds to buy more F-35s while a significant number of jets are already in the service in need of engines. “The idea of rolling [out] a new aircraft with an engine while others are sitting—and I’m hearing the numbers and we can argue over which ones they are—but [that is] certainly something that is a real concern,” Norcross said.”

The Air Force presently has 272 of these gobblers, which indicates that approximately 15% of them are missing engines, which are regarded essential for powered flight by most experts. Fortunately, there is a straightforward explanation for this: the entire program is messed up. 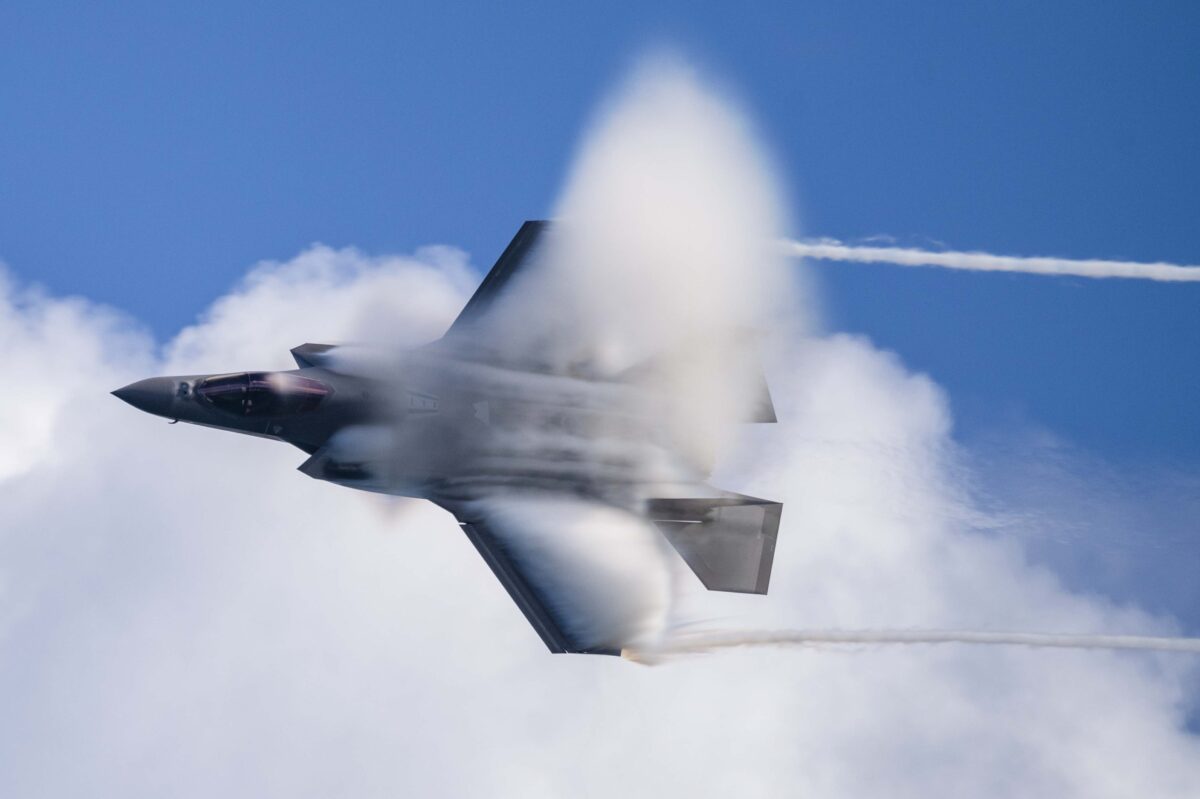 The article continued, “Rep. Mike Turner (R-Ohio) cited a Government Accountability Office finding that fewer than four percent of F-35 engines have been delivered on time, asking if the military was looking at alternative engine options to keep sustainment and operation costs down. “Engine costs in sustainment are challenging,” Fick acknowledged, while also noting that no F-35 delivery has been delayed because of an engine. “And as we rapidly approach the 2,000-hour first scheduled engine removal, we will start to bear those costs in the sustainment of the air system. And we also know that we have begun to reach a flat or a flatter spot in the learning curve relative to the overall cost of production engines.”

“‘When I couple that with the notion that post-the current Block 4 content, we will likely need increased power and increased thermal management capability from our propulsion system, I think that the need to look for options from a propulsion system perspective is present.'”

Keep in mind that engine maintenance prices are high, you suckers.

Defense News has further details on why the Air Force can’t seem to get engines for its Fifth Generation fighter.

“The problem, according to the F-35 joint program office, is twofold. First, the F135 Heavy Maintenance Center at Tinker Air Force Base, Okla., has not been able to process engines through scheduled depot maintenance as quickly as projected. Second, maintainers are discovering “premature distress of rotor blade coatings” in a “small number” of engine power modules, creating more repair work and contributing to the backlog. A defense official who spoke to Defense News on background called the issues a “serious readiness problem.” By 2022, roughly 5 to 6 percent of the F-35 fleet could be without engines due to scheduled depot maintenance as well as unscheduled engine removals caused by F135s in need of repair. Leaders hope that corrective actions will keep the program from exceeding that threshold, but the defense official confirmed that as many as 20 percent of F-35s could be impacted by the engine shortage if those fixes do not work and no further action is taken.”

America is definitely less safe with more and more of these fighter jets not operational. When will the contractors and Defense Department get their act together?