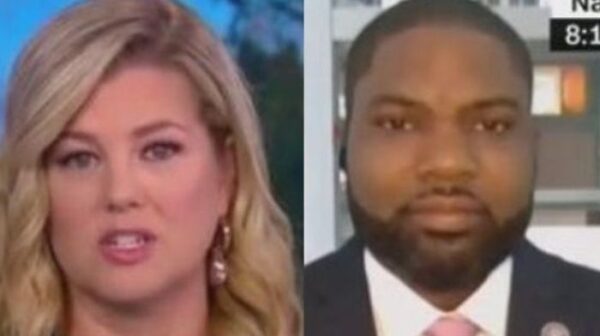 Donalds was on CNN to discuss the new report that he has been blocked from joining the Congressional Black Caucus (CBC).

“My reaction is pretty simple,” Donalds began, according to The Daily Caller [1]. “First, you know, I heard about this report yesterday when BuzzFeed, I think, broke the article. We have not really heard much from the CBC since they asked me when I came in as a new member in the 117th whether I would join or not. It’s important for your viewers to understand that when I served in Florida’s legislature, I was a part of the legislative black caucus for four years. I’ve actually been to a couple of the CBC conferences in Washington, D.C.”

“I’m a poor kid from Brooklyn, New York. I’m 42 years old,” he added. “I’ve been able to be successful in my life, so whether it’s talking about jobs or, yes, even voting rights or anything that the CBC wants to talk about, I have a perspective being a 42-year-old black man who has come up in America after a lot of the battles through the civil rights movement that I think actually would be helpful and a helpful perspective to the CBC,” he outlined. “Whether they want to take advantage of that is really up to them, but it’s something that I’ve actually expressed interest in joining. I think having a wider range of discussions from all sides of the political framework is important, not just for black America but all America.”

Keilar responded by saying that Donalds has pushed for stricter election laws and questioned the results of the 2020 presidential election. She then played a clip of Trump making comments about black people before asking Donalds if him defending the former president “might be incongruent with the mission of the CBC.”

Donalds fired back by arguing that “as a black man in America,” he is “allowed” to have his own thoughts.

“Do you think that your defense of a person that said things like that might be incongruent with the mission of the CBC?” Keilar asked.

“First of all, whatever the president said in the past has nothing to do with this discussion at all. I think it’s important to understand that –” Donalds responded before Keilar cut him off by saying, “Well, you’ve defended … him.”

Donalds, however, was not having any of it.

“Please don’t cut me off. I have not cut you off in this interview. Please do not do that to me. Thank you,” Donalds shot back.

“As a black man in America, I’m allowed to have my own thoughts on who I choose to support and who I choose not to support,” he continued. “I think that it’s important whether you’re talking about the Congressional Black Caucus or the Florida State Legislative Black Caucus or the National Caucus of State Black Legislators — organizations I have been a part of in the past — my support of President Trump has been consistent, but at the same time, I’ve had the ability to advocate for issues, ideas, proposals and funding that have helped the black community in my state.”

Donalds concluded by saying that his support of Trump is “irrelevant” and explaining that the issue at hand is whether or not the CBC welcomes someone with conservative values in the caucus.