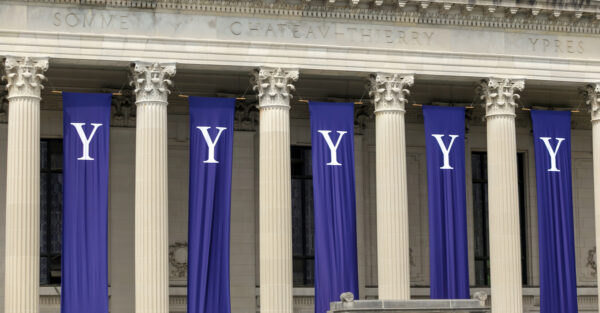 Anti-white racism has become so prevalent that lunatics and racists who dream of race murder are welcomed at Ivy League universities. But one bigot went too far even for Yale.

FNC: “Yale University now appears to be distancing itself from a psychiatrist who said during a School of Medicine talk that she had fantasies of ‘unloading a revolver into the head of any White person,’ saying in a statement that officials found her remarks ‘antithetical’ to the institution’s values. Dr. Aruna Khilanani has been facing criticism after making the controversial comment during an April 6 virtual speech at Yale’s Child Study Center titled ‘The Psychopathic Problem of the White Mind.’ In it, the New York City psychiatrist also said that ‘White people make my blood boil’ and ‘White people are out of their minds and they have been for a long time,’ according to audio posted on the substack online platform of former New York Times opinion writer and editor Bari Weiss.”

The racism expressed by Dr. Aruna Khilanani in a Grand Rounds at Yale, just released by @bariweiss [1] & @kittypurrzog [2], is deeply worrisome & counter-productive. Of course, as an invitee, she is free to speak on campus. But her views must be soundly rejected. https://t.co/9KoFtOXOG9 [3]

“After the event, several faculty members expressed concern to the Yale School of Medicine’s Office of Academic and Professional Development and the Office of Diversity, Equity & Inclusion about the content of the talk,” Yale said in a statement. “Based on these concerns, School of Medicine leaders, including Dean Brown and Deputy Dean Latimore, in consultation with the chair of the Child Study Center, reviewed a recording of the talk and found the tone and content antithetical to the values of the school,” it added.

The deranged psychiatrist said minorities can feel “intense rage and futility” when trying to talk to whites about race. “We spend our time patiently explaining their attacks, as they deny. We are calm, we are giving – too giving – and then when we get angry, they use our responses as confirmation that we’re crazy or have emotional problems.” So, she’s talked to a lot of people, apparently, as they seem to have nailed her psychosis.

Khilanani said five years ago, she “White-ghosted most of my White friends. I had fantasies of unloading a revolver into the head of any White person that got in my way, burying their body, and wiping my bloody hands as I walked away relatively guiltless with a bounce in my step,” she added. “Like I did the world a f—— favor.” Yup, this is the Left in all its wisdom and glory.

Conservative urban leader Bob Woodson responded. “On January 30th, 1956, Dr. King’s house in Montgomery was bombed. His wife and small child barely got out alive. And yet Dr. King in an act of profound grace cautioned; he had 200 armed Black men around him, he cautioned them and refused to engage in retaliatory violence…This woman (Khilanani) engaged in what I call radical disgrace. And, what she is doing, there’s already people taking action: There was a 300-pound black man in [Gardena, California] who savagely beat a 57-year-old White woman at a gas pump.” Her crime? Being white. Dr. King’s crime to his assassin? Being black. Aruna Khilanani and James Earl Ray? Essentially the same person.