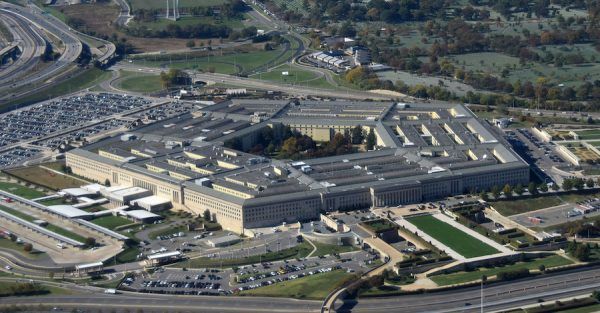 Yes, the newly woke military is a disaster at the top, but fear not. The hard-working and dedicated soldiers haven’t lost their marbles.

And these sensible heroes have one very good question that most Americans would like an answer to, because like the rest of America, they remember what happened last summer with the three-month-long violent BLM “Summer of Love” where over 20 people were killed and businesses and homes were burned to the ground.

The question: Why weren’t the BLM riots treated like an insurrection?

Soldiers “from every echelon” of the US military have been openly questioning why last year’s violent BLM and Antifa riots weren’t treated like the Jan. 6 Capitol riot, a comparison which has flown sideways up the ass of the military’s top enlisted leader, Chief Master Sergeant Ramón “CZ” Colón-López.

In a Thursday briefing at the Pentagon, Colón-López (CZ) told reporters that some troops have asked “How come you’re not looking at the situation that was going on in Seattle prior to that? [Jan. 6 riot]”

“This is coming from every echelon that we’re talking to,” CZ added.

The Pentagon is freaking out bc the extremism standdowns are backfiring and the troops keep asking about BLM riots and Antifa.

“The senior enlisted adviser to the chairman of the Joint Chiefs of Staff, said that some troops have asked, when the Jan. 6 riot is brought up, “How come you’re not looking at the situation that was going on in Seattle prior to that?”

“This is coming from every echelon that we’re talking to”

And they’re not the only ones wondering this.

Regular Americans want to know what’s going on as well.

“Similar that’s ridiculous. The Capitol riot was 1 day. BLM had 600+ in just 90 days & they have the support of the mainstream media. Way bigger threat”

Similar that's ridiculous. The Capitol riot was 1 day. BLM had 600+ in just 90 days & they have the support of the mainstream media. Way bigger threat https://t.co/eEOubfM5Qf [2]

None of this makes any sense.

It’s clear that it’s all politics. Once again the Dems put on a big show for everyone.

And they will use January 6th as a weapon against President Trump if he decides to run again.

It’s okay to kill Americans and burn down businesses, but the moment any unarmed Americans get angry and show up at the Capitol, it’s suddenly “war.”

So, essentially, their lives and feelings matter more than average Americans and their businesses.

And that’s why so many Americans dislike our government and these elitist politicians.

Read more at WayneDupree.com:
Kamala Passes Out Cookies With Her Face Etched On Them And Gets Hit With Instant Bad Karma  [5]
George W. Bush Sinks to New Traitorous Levels With This Latest Revelation… [6]
Here’s Your Sure-Fire Proof That “Political Backlash” Against Democrats is Coming… [7]