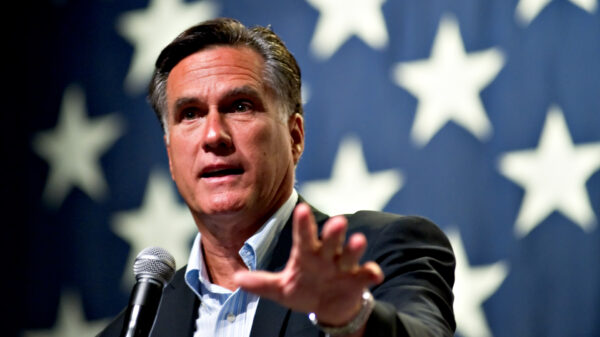 If Trump losing in 2020 was meant to be the end of an era and the Republican party, it appears to have completely backfired. Not only is Trump gaining more momentum the longer he waits to announce his presidential run, but the Republicans seem to be backing the former President for another term. Even with two failed impeachments, Trump continues to prove a powerhouse to be reckoned with, and anybody who steps in his way, well… just ask Mitt Romney.

Other than once running for President, Romney has been rather quiet in politics. That was until he decided to go against his own party and support impeaching the Republican President Donald Trump. While the Democrats and liberals praised the move as bold, others in Romney’s own party saw it as a direct attack on Trump and the new era of the Republican party.

Either way, voters showed their true feelings towards Mitt Romney when he visited the Utah GOP Convention to be a guest speaker. It should also be noted that Utah is the same state that Romney was elected, so this should have been a walk in the park for the seasoned Republican. But while it started off fine, the convention soon took a drastic turn.

Romney started energizing the crowd by asking them what they thought of President Biden’s first 100 days. As usual, there were some “boos” and laughter mixed in. With the crowd warmed up, Romney discussed why he hasn’t always seen eye to eye with Trump and his “Character Flaws”. That is about the time Romney is interrupted by the crowd when they… well, take a look for yourself.

That’s right, his own elected state pretty much booed Romney off the stage for not only turning his back on President Trump but the Republican party. Not giving in, Romney tried to talk over the crowd, saying, “You can boo all you like. I’ve been a Republican all of my life. My dad was the governor of Michigan, and I was the Republican nominee for president in 2012.”

If that was meant to stop them, it did nothing more than add fuel to the fire as the crowd grew louder. It is only when state party chair Derek Brown scolded the crowd to show some respect that they silenced only before starting back up.

While Romney might call himself a Republican, it appears the party and its voters might be done with both Romney and Brown.

This piece was written by Jeremy Porter on May 3, 2021. It originally appeared in DrewBerquist.com [8] and is used by permission.