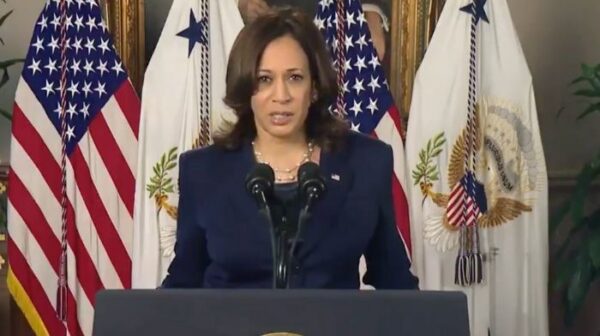 Since Joe Biden has been President, his Vice President Kamala Harris has been hard at work doing the job of Biden himself. From talking to foreign leaders, to blatantly calling herself President, Harris has proven her ambition to become the first female President in America. But even with her celebrity status, Harris hasn’t done much when it comes to actual results.

Given the responsibility of fixing the crisis at the southern border, Harris has yet to even visit the border, let alone formulate a plan. Now it appears that even with everything on her plate, Harris is being given a new role – National Space Council.

Unlike the border, the White House even released a plan Harris hopes to integrate while heading the council. The agenda is to add STEM education, diversity in the workforce, and focus on climate change.

A White House official also released a statement about the decision. “The president and vice president not only take this very seriously, they know how important it is in terms of innovation, in terms of creativity, in terms of the competitiveness of the United States – something the president talks about in his joint address Wednesday evening. It’s not that one priority is more important than the other, but these are things that the administration believes is important.”

Continuing to act as if he created the program himself, Biden told NASA team members, “I just can’t tell you how much I believe historians are going to write about what you did at the moment you all did it: You should take such great pride – such great pride in what you did. We can land a rover on Mars. We can beat a pandemic. And with science, hope and vision, there’s not a damn thing we can’t do as a country.”

This piece was written by Jeremy Porter on May 3, 2021. It originally appeared in DrewBerquist.com [1] and is used by permission.