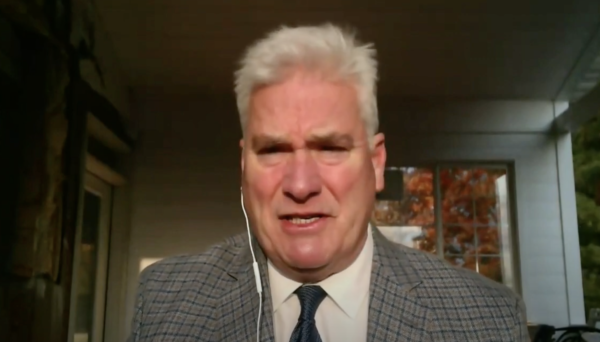 Republican Rep. Tom Emmer of Minnesota is an invaluable asset to the GOP. Sometimes overshadowed by other Republicans, it was he, no one else, who brought Republicans victory in 2020 by his dynamic victories in the House as chairman of the House Republican campaign committee, the NRCC.

He’s aiming to do the same in 2022 and bring the House under GOP control. With support from House Republican Leader Kevin McCarthy and the immediately former president, he has a great shot at doing so.

House Republicans are focusing on honing their 2022 game plan during the GOP retreat, with plans to focus on a united message, policy over personality and pulling pages from their 2020 playbook to go after vulnerable Democrats https://t.co/WLCkiaGqBr [1]

FNC: “With Republicans aiming to win back the majority in the House of Representatives next year, the chair of the National Republican Congressional Committee (NRCC) says he’s seeing a surge in the number of GOP candidates filing to run in the 2022 midterm elections. Rep. Tom Emmer of Minnesota, who’s headed the House GOP reelection arm since 2019, says that 431 candidates running for the House of Representatives as Republicans have already filed campaign committees. The NRCC says that’s 100 more candidates than at the same point in the 2020 election cycle.

“The GOP controlled the House for eight years before losing the majority in the chamber in the 2018 midterms amid a wave by House Democrats. But Republicans defied expectations and took a big bite out of the Democrats’ majority in November’s elections and currently only need to flip five seats in 2022 to regain control of the chamber.”

“Compare this to 10 years ago at this time. It’s more than double,” Emmer said during an interview at a spring retreat with members and donors, which was held at Key Biscayne, Florida. “It’s incredible.”

And he focused on that “99 women are running, 70-80 candidates from minority communities are running and 100 veterans.”

The NRCC chairman said that the 2022 plan is “basically building off the game plan that we had last cycle. You win campaigns with great candidates, the right message and with enough resources to make sure that message can stick.”

“I’ve told our members from day one that you should never look at redistricting as the way to take back the majority. We’re going to have to fight for every single seat,” he said.

This piece was written by David Kamioner on May 2, 2021. It originally appeared in DrewBerquist.com [3] and is used by permission.