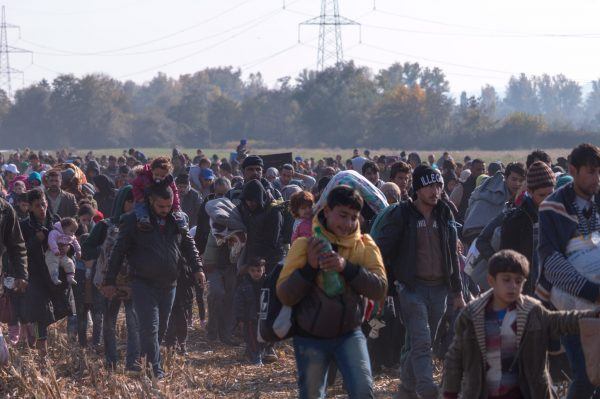 Even with the Southern Border being overrun by immigrants and cartel members, President Biden has been rather silent on the matter. First appointing his VP Kamala Harris to tackle the situation, neither the President nor his VP has even visited the border. And with the situation much direr than anyone could have imagined, Biden was forced to maintain the Trump-era mandates that saw a refugee cap of 15,000. That was until the Democrats rallied together and proved how easy it is to control President Biden.

Again, due to the situation at the border, President Biden announced weeks ago that he would be keeping the 15,000 refugee cap until further notice. Trying to keep some type of order at the border, Biden was starting to understand why Trump was so strict when it came to Mexico. Still, being a Democrat, Biden knows that he must answer to his own party before the American people. And with that came a whole lot of criticism for Biden not raising the cap.

Among the most outspoken Democrats was AOC herself. She not only disagreed with Biden’s original cap but blamed him for “upholding the xenophobic and racist policies of the Trump administration.”

With the pressure from the Democrats mounting, on Monday, Biden made a new announcement that he would be raising the refugee cap to 62,500, a drastic shift from the low cap instituted by former President Donald Trump.

Biden also released a statement about the increase, saying “This erases the historically low number set by the previous administration of 15,000, which did not reflect America’s values as a nation that welcomes and supports refugees. The new admissions cap will also reinforce efforts that are already underway to expand the United States’ capacity to admit refugees, so that we can reach the goal of 125,000 refugee admissions that I intend to set for the coming fiscal year.”

The statement continued on about the importance of raising the cap and how it would help America, but what was really interesting is how Biden admits how he won’t even hit his own goal. He said in the same statement, “the sad truth is that we will not achieve 62,500 admissions this year.”

So while Biden is making promises to the Democrats, it appears he isn’t even remotely worried about making good on his word.

This piece was written by Jeremy Porter on May 4, 2021. It originally appeared in DrewBerquist.com [1] and is used by permission.