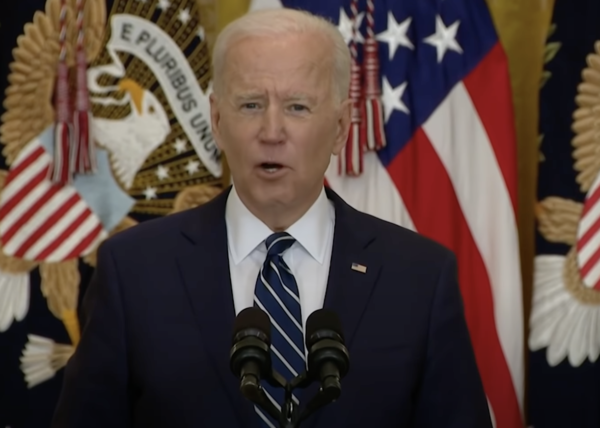 While all Americans are able to make the decisions of getting the COVID-19 vaccine, not everyone around the world has that freedom. Over the past weeks, India has been hit with a surge of coronavirus cases topping over 18 million reported. With another 200,000 deaths, experts believe the true numbers could be far worse. With that knowledge, President Biden decided to ban all travel from India even though he tweeted in opposition of travel bans when Trump was in office.

As reporters scrambled for answers, Press Secretary Jen Psaki released a statement saying the decision was made not only after the recent COVID-19 but on the advice of the Center for Disease Control and Prevention. She did not mention Biden’s tweets from last year or the fact that he called travel bans xenophobic.

On March 12, 2020, the soon-to-be President Joe Biden tweeted, “A wall will not stop the coronavirus. Banning all travel from Europe — or any other part of the world — will not stop it. This disease could impact every nation and any person on the planet — and we need a plan to combat it.”

As Biden bans flights from India, perhaps he should be reminded of a tweet he put out last year.

Interestingly enough, that appears to be the only thing that is working to stop the spread of COVID and now President Biden is implementing it. Again, the irony is astounding.

Luckily, while Biden continues to learn that former President Trump was right about many aspects of running America, the first shipment of medical supplies was sent to India when the ban was announced. The Times reported that the White House “intended to make up to 60 million doses of the AstraZeneca vaccine available to other countries, so long as federal regulators deem the doses safe.”

And while Biden implements techniques Trump used, the vaccine that is being shipped to India is made by Pfizer and Moderna. They just so happened to be part of  “Operation Warp Speed”, which again was headed by Donald Trump.

This piece was written by Jeremy Porter on May 1, 2021. It originally appeared in DrewBerquist.com [3] and is used by permission.