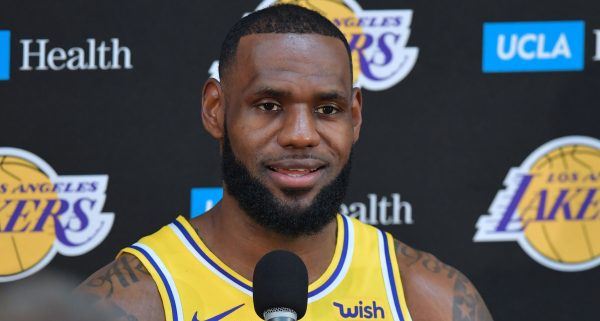 Here’s part of their request:

“We formally ask that you conduct an investigation into Mr. James’ social media post to determine if he violated any policies of the National Basketball Association and if so, to hold Mr. James accountable for any violations of those policies”

MORE NEWS: [VIDEO] Mitt Romney Goes Home to Utah And Karma Was Waiting For Him… [2]

Bizpacreview reports [3] that while LeBron eventually deleted the threatening tweet because of tremendouss backlash, it doesn’t mean anything because his “incitement” has already reached the masses, according to union officials.

“I’m sorry, but it’s already out here, and it’s been screenshotted and shared time and time again. Officers go out there and make a split-second decision, and if they get it wrong, they lose their life. Lebron James, what decisions does he have to make on a daily basis — to do a layup or slam dunk? And if he loses, he goes home. If we lose, we don’t go home,” he told Fox News host Laura Ingraham.

“The reality is that people like LeBron James, who’s a hypocrite and a race-baiter. , to be quite honest with you, he’s inciting violence toward police officers. And we see what’s going on. A record number of officers are leaving. Some are retiring early, and some are just leaving the profession altogether,” he added.

What makes it even worse, McBride added, is the hypocrisy.

And speaking of “hypocrisy” have you seen the photo of LeBron enjoying his police escort?

This is just more phony PR BS for spoiled rotten millionaire athletes. LeBron is no different from Colin Kaepernick.

And he’s destroying the NBA the exact same way Colin ruined the NFL.