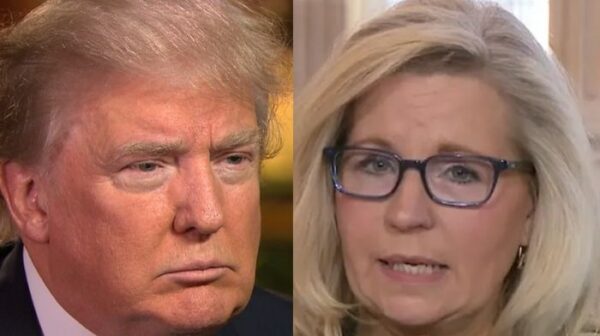 Rep. Liz Cheney (R-WY) continued her feud with former President Donald Trump on Monday when she attacked him for the “big lie” that last year’s presidential election was stolen.

Trump released a statement on Monday morning through his Save America PAC proclaiming that the presidential election “will be, from this day forth, known as THE BIG LIE!” This did not sit well with Cheney, who fired back on Twitter less than an hour later.

“The 2020 presidential election was not stolen,” Cheney wrote. “Anyone who claims it was is spreading THE BIG LIE, turning their back on the rule of law, and poisoning our democratic system.”

The 2020 presidential election was not stolen. Anyone who claims it was is spreading THE BIG LIE, turning their back on the rule of law, and poisoning our democratic system.

This comes after Cheney said “it’s important” that Trump not run again in 2024.

“I don’t think that that’s going to happen,” Cheney told the Washington Examiner [2]. “And I think it’s important that it not happen, given what he did.”

While she also said that she “certainly would never vote for a Democrat” and she also stated that she does not think Trump “should be president again.”

Trump fired back in a statement of his own.

“Liz Cheney is polling sooo low in Wyoming, and has sooo little support, even from the Wyoming Republican Party, that she is looking for a way out of her Congressional race. Based on all polling, there is no way she can win,” Trump said. [3]

“She’ll either be yet another lobbyist or maybe embarrass her family by running for President, in order to save face,” he added. “This warmongering fool wants to stay in the Middle East and Afghanistan for another 19 years, but doesn’t consider the big picture—Russia and China!”

Cheney was one of ten House Republicans who voted to impeach Trump, for allegedly inciting the Capitol riot back in January, a move that has landed her in hot water with many conservatives. Much to her dismay, Trump has said that he is “beyond seriously” considering running for president in 2024.

“First of all, it’s a long time,” Trump said [4] last month. “The odds, the odds. What are the odds? Look, I’ve got tremendous numbers. Nobody has ever gotten the numbers I’ve got. No sitting president has come even close.”

“There is more popularity now than there was the day before the election because they see how bad things are at the border,” he continued. “They see what is going on. They see their guns are going to be gone — their Second Amendment. Their taxes are going up. Regulations are going through the roof. Jobs are going to go up.”