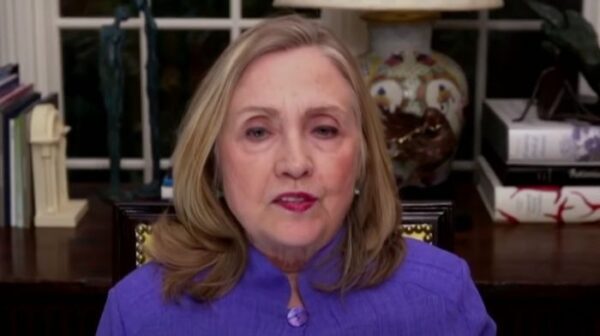 The two-time failed presidential candidate Hillary Clinton went on MSNBC on Friday to say that while she would like to see the filibuster be done away with altogether, she would settle for lifting it for “constitutional matters, in particular, the right to vote.”

“You served in the United States Senate,” said host Joy Reid. “You also were there when President Obama tried to do some big, bold things and got shut down. The first black president was treated quite disrespectfully in a lot of ways. Do you think that the filibuster, which has been a Jim Crow artifact and it is now standing in the way of Joe Biden doing big things on, you know, criminal justice reform, on voting, do you think the filibuster should go? And do you think that Joe Manchin and others who still cling to it can be overcome?”

“Well, I think it should go because I think its usefulness has passed us by,” Clinton replied [1]. “If there is not the votes to get rid of it completely, I would like to see it lifted for constitutional matters, in particular, the right to vote, how we set up and run our elections, which is really at the core of everything else.”

“So, although I’m in the camp now, which says, look, you know, we have so many problems showing that we can govern ourselves, the president is absolutely right to say that this truly is a contest between democracy and autocracy,” she added. “That we need to show, not just ourselves, but the world that we can get things done, I would like to see it eliminated. If we don’t have the votes for that, I would like to see us lift it for constitutional matters, at least.”

Clinton also talked about what it was like to see two women, Vice President Kamala Harris and House Speaker Nancy Pelosi, sitting behind President Joe Biden during his first joint address to Congress on Wednesday.

“It really was a watershed moment,” she said. “I think it’s still not sinking in on people, that the, you know, combination of the speaker of the House and our vice president has shattered so many barriers and, as you say, the glass ceiling. It’s just thrilling to see.”