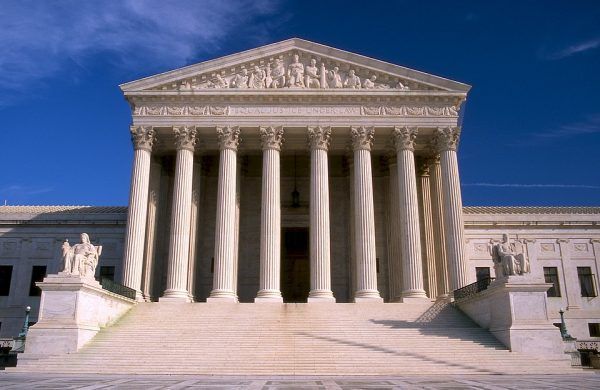 As Democrats try to pack the high court to inflict socialism on the nation, they forget about Newton’s Third Law. In fact, this issue will bring Republicans of all stripes together in alliance, and GOP coffers will runneth over.

And moderate Democrats in swing House districts who vote for this? They have the lovely choice of voting for it and losing their next general or not voting for it and getting primaried by the hard left. Oh, fun! And the GOP attacks have already started.

“Democrats are launching a full assault on the independence of the federal judiciary. Republicans will stop them,” Rep. Ken Buck, R-CO, said in a tweet.

MORE NEWS: [VIDEO] Morning Joe is a Buffoon, But in This Clip He Destroys Dems Like None Other… [2]

Democrats are launching a full assault on the independence of the federal judiciary. Republicans will stop them. https://t.co/k9oC3ZXqOq [3]

“This is such a fantastic gift to the NRSC,” said Matt Whitlock, a former staffer at the National Republican Senatorial Committee (NRSC). “And making it a bill instead of a Senate rules process means we get to get moderate House D’s on the record on it too. Just a fantastic turn of events.”

What are the Dems thinking? They’re not. They’re being bullied by the mob to make these completely irrational and stupid moves…but it’s good for us, as long as Republicans fight hard and smart and don’t give in.

As you likely know by now, Democrat Rep. Mondaire Jones, D-NY, announced his bill during a press conference on the steps of the Supreme Court. Thanks, Mondaire!

“Republicans packed the court when Mitch McConnell held Merrick Garland’s seat open nearly a year before an election, then confirmed Amy Coney Barrett days before the next election. Disarming the Court’s radical right-wing majority would correct this injustice,” Jones said Thursday. Jones also said Wednesday that expanding the Supreme Court ‘is infrastructure.’ ” I see. So merely filling a judicial vacancy is court-packing. And everything is infrastructure. Wow. Like shooting fish in a barrel.

“He doesn’t even mean this is a parody, which is what makes it great. His moderate Democrat colleagues facing tough races next year won’t thank him for this stunt,” Whitlock added.

Justice Stephen Breyer spoke up a couple of weeks ago and vehemently opposed court-packing. “My experience of more than 30 years… as a judge has shown me that once men and women take the judicial oath they take that oath to heart. They are loyal to the rule of law, not to the political party that helped to secure their appointment. These considerations convince me that it is wrong to think of the court as just another political institution and it is doubly wrong to think of its members as junior league politicians..Structural alteration motivated by the perception of political influence can only feed that latter perception, further eroding that trust. There is no shortcut.”

“The Left and the liberal dark money groups that support them won’t stop agitating to pack the Court,” said JCN President Carrie Severino. “They won’t be satisfied with a report from a commission. They want to pack the Court with politicians in robes who will advance their radical agenda.”

This, and the “defund the police” movement, which is back in full swing, are two of the most asinine things the Dems could ever push, and they’re going for it, full throttle, and many insiders believe that these will be the undoing of the Dem Party.

This piece was written by David Kamioner on April 15, 2021. It originally appeared in DrewBerquist.com [7] and is used by permission.

This piece originally appeared in WayneDupree.com [11] and is used by permission.