Democrats Were Just Crushed Into Dust in Texas “Runoff” Election

Democrats hit another brick wall in their ongoing quest to turn Texas blue.

TIRED OF THE ADS? BECOME A PREMIUM USER TODAY!!

A huge wall, actually…and they got crushed into absolute dust.

As of now, the results show that it will be a runoff between two Republicans…but that’s not the outcome that Dems were hoping for at all.

Representative Ron Wright of Texas died early this year. His widow, Susan Wright, is among 23 candidates vying for his seat.

Democrats thought they had an opportunity to turn this conservative district blue for the first time in decades.

If no candidate clears 50 percent of the vote, a runoff election is required.

And Dems got completely shut out of that process.

BREAKING: Democrats get shut out of TX-06 House runoff

Democrats got a combined 39% compared to Biden’s 48%

MORE NEWS: Kinzinger Claims He’s ‘Been A Republican Far Longer’ Than Trump – Not Going To Let Him ‘Hijack My Party’

Trump’s candidate is Susan Wright, who pulled almost 19% (at the time of this publishing). She’s the candidate to beat. Trump picked another winner. 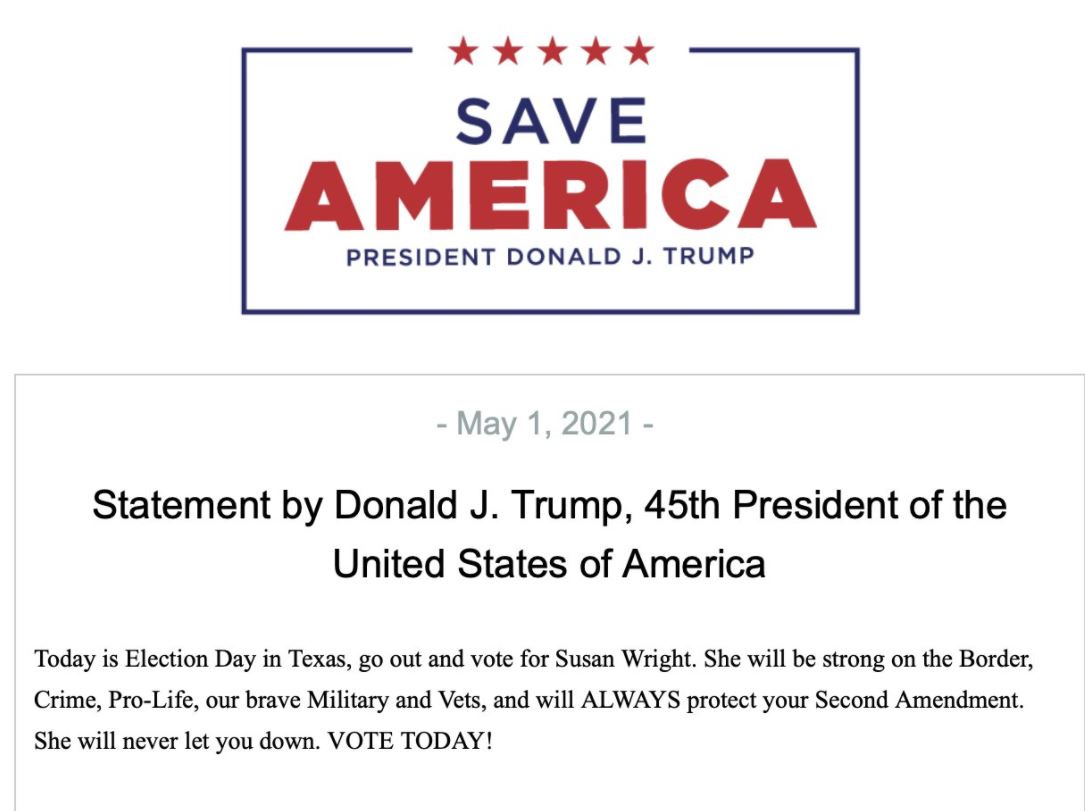 Compare that to Trump-hating globalist Adam Kinzinger, who also had a candidate in the race – who wound up in an embarrassing 9th place.

Are these GOP establishment losers getting the hint yet?

So, not only did the Dems get blasted in the face with a big ol’ reality check, but little RINO Kinzinger did as well.

The next move is to make sure the good people of Illinois primary Kinzinger and send that traitor packing in 2022.

Read more at WayneDupree.com:
Entire Liberal Montana Supreme Court is Imploding…Impeachment and Jail on The Table
Alyssa Milano’s Former “Charmed” Co-Star Reveals What a Tyrant She Was On Set
[VIDEO] SNL Clip of “The Rock” Making Jokes About Child Molestation Resurfaces