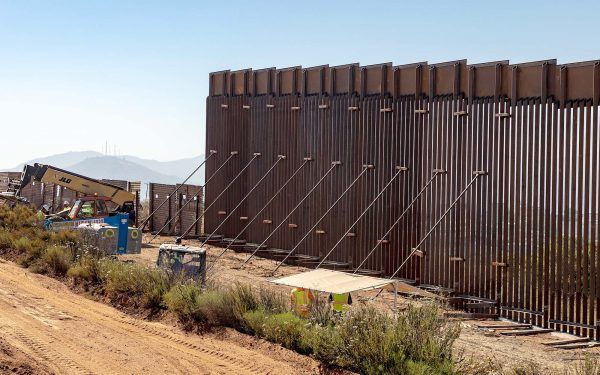 The Biden/Harris show has been rolling along without hardly acknowledging the humanitarian and health nightmare going on at the US/Mexico border.

I guess they think if you ignore it long enough, It’ll just go away and people will forget about it.

Ironically, these are the same people who spent 4 years calling President Trump a “monster” for his border and it wasn’t even a fraction of how horrific Biden’s is. As a matter of fact, Trump had things under control.

However, the second they installed Biden it all went to hell.

Biden supposedly put Harris in “charge” of the border, but she refuses to go down there and inspect the situation – and when asked about her lack of leadership, she claimed that she’s not “really” in charge, she’s just supposed to figure out the “root cause” of the problem.

Oh, you need the “root cause?” Well, it’s probably when you and Joe raised your hands at that Democrat primary debate and vowed to give illegals a bunch of freebies.

But the “hands-off” approach is no longer working for Biden and Harris…as a matter of fact, a very incredible change just took place, and now, Joe and Kamala are in very hot water.

Leaders in their own party are now turning on them and throwing them under the bus.

The Blaze reported [3] that two Democratic senators from the border state of Arizona chastised Biden for not doing enough to remedy the migrant surge.

Sen. Mark Kelly (D-Ariz.) reacted on Wednesday to Biden’s first address to a joint session of Congress by saying, “While I share President Biden’s urgency in fixing our broken immigration system, what I didn’t hear tonight was a plan to address the immediate crisis at the border, and I will continue holding this administration accountable to deliver the resources and staffing necessary for a humane, orderly process as we are.

Looks like Kamala is going to have to make a visit to the border now – and that’s the last thing the puppeteers wanted for her.

The “handlers” don’t want Kamala’s name tarnished by being tied to the disaster at the border…but it looks like they’re not going to have a choice after this latest move from Dem senators tossing them under the bus.

I understand why the Dem AZ senator jumped into the conversation, but it’s strange that Hirono, a senator from Hawaii, of all places, is piling on.

Things should get interesting real quick.