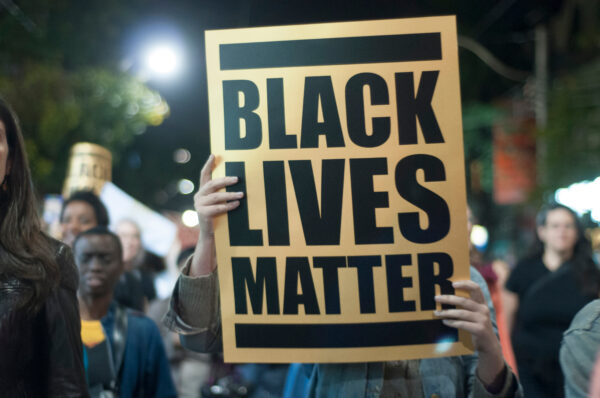 Black Lives Matter has released [1] a new set of ‘demands’ which seem heavily focused on two things – shutting down both former President Trump and law enforcement in the country.

The list seeks to take down Donald Trump on several fronts, despite the fact that he currently holds no political office.

The first demand announces the group’s (BLM) partnership with members of the far-left members of Congress known as the ‘Squad,’ calling for the former President to “be immediately convicted in the United States Senate.”

Anybody want to let them know the trial ended already, and Trump was acquitted over two months ago?

Black Lives Matter released an updated set of demands and is giving people the opportunity to sign their name onto the new list.

“Trump must also be banned from holding elected office in the future.”https://t.co/oqjK4BN5dB [2]

RELATED: Report: Biden’s DOJ Had ‘Backup’ Plan To Arrest Derek Chauvin ‘Immediately’ If He Was Found Not Guilty [4]

The Black Lives Matter demand list also goes after Trump and his supporters in trying to ban them from ever holding office again.

“Trump must also be banned from holding elected office in the future,” they write.

A little further down the list, they go after Republican lawmakers who disputed the electoral college results in 2020.

“More than half the Republican representatives and multiple senators stoked Trump’s conspiracy theories and encouraged the white supremacists to take action to overturn the election,” the demand list reads.

“We are supporting Rep. Cori Bush’s resolution to expel them from Congress for their dangerous and traitorous actions,” it continues. “We also support steps to bar them from seeking another office.”

Not content with trying to keep Trump from holding political office, the group also wants him banned by Big Tech companies.

They want him “permanently” banned from “all digital media platforms.”

“Trump has always used his digital media platforms recklessly and irresponsibly to spread lies and disinformation,” they write. “He must be stopped from encouraging his mob and further endangering our communities.”

“Black Lives Matter is a joke of an organization, spreading misinformation and lies meant to divide and ruin America.” @KellyRiddell [8] @WashTimesOpEd [9] https://t.co/gXeUqhoVWO [10]

The rest of the Black Lives Matter demand list revolves in some form around restricting, investigating, or defunding law enforcement.

The group is seeking “a full investigation into the ties between white supremacy and the Capitol Police,” calls to defund the police, naturally, and accusations that law enforcement will use the Capitol riot as a means to “target Black and brown communities.”

“Republicans are already busy trying to create an equivalence between the mob on January 6th and our Freedom Summer,” they write. “We don’t need new domestic terror laws, facial recognition, or any other new police power for the state.”

‘Freedom Summer’ is a very strange way to describe an entire season of rioting, looting, and arson, but okay.

The organization also demands the passage of the BREATHE Act.

The BREATHE Act [15], introduced last summer by ‘Squad’ members Rashida Tlaib (D-MI) and Ayanna Pressley (D-MA), has been developed by the Electoral Justice Project for the Movement for Black Lives (M4BL [16]).

The group’s website makes clear that America “cannot achieve genuine safety and liberation until we abandon police, prisons, and all punishment paradigms.”

“The police were born out of slave patrols,” BLM claims. “We cannot reform an institution built upon white supremacy.”

The group celebrates the fact that President Biden has “already drawn on the BREATHE Act in his executive actions.”

Nowhere on the list is a demand to actually improve the lives of people the Black Lives Matter group claims to represent.