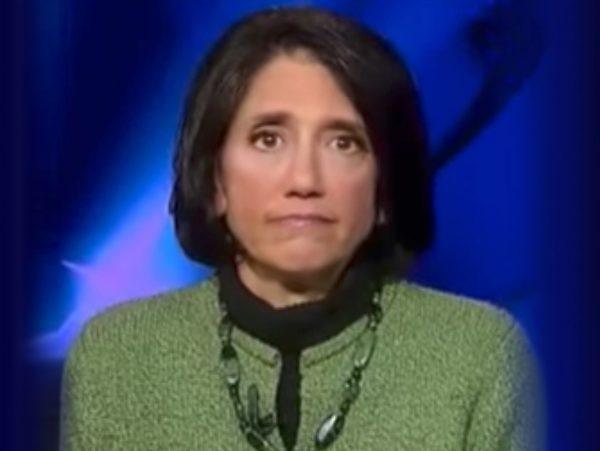 In an age of Handmaid Tale sexism brought on by that nasty nasty man whose name we dare not mention, lest his fascist minions bring upon us another damaging era of peace and serious prosperity, it is good to know that God, in her infinite wisdom and occasionally hysterical outbursts, sees fit to allow one sagacious daughter of light to rise to the top of the hack ziggurat and triumph over the forces of toxic masculinity, corporate sexism, and cognitive reasoning.

That’s right, the news you have desired and strived for lo these many weeks has finally arrived. The anointed one, she who cast away the dark for light, who made ready the way for Lord Biden, who has the worst dye job known to Western man, has ascended the mountaintop and now is the Kween of Liberal Hackdom. All hail Her Majesty!

In the coming time her power will grow, as the multitudes in chi chi downtown Starbucks locales, trendy Upper West Side eateries, and de rigueur rehab centers feel the warm embrace of her words and accept her genius as the all knowing and seeing Cassandra of modern times, who just happens not to be able to put together a decent sentence in the English language. On your knees peons, Kween Jennifer approaches and terrible is her fury!

“With nearly 20,000 votes tallied, Rubin walked out with 50.2% following a brutal cage match against CNN’s scandal-plagued anchor Chris Cuomo, who Rubin defeated despite Cuomo having his powerful older brother, Democratic New York Gov. Andrew Cuomo, in his corner.  Even the mounting controversies facing the ‘Cuomo Prime Time’ host over the past year — from faking his own reemergence from his basement following his COVID recovery to receiving prioritized COVID testing on New York taxpayers’ dime — it simply couldn’t match up with Rubin’s cult following on Twitter.”

Ladies and gentlemen, we have had incredible turnout so far in the Second Annual Comfortably Smug Liberal Hack tournament presented by @RuthlessPodcast [1]

“Chris Cuomo left it all on the court but couldn’t top Jennifer ‘brain worms’ Rubin in the end,” a tournament analyst from the “Ruthless” podcast told press. “The victory is a tribute to the champion and the work she’s put in all year. Cut down that net and hang it on the wall, Jen. This is a special night you’ll remember for the rest of your life.”