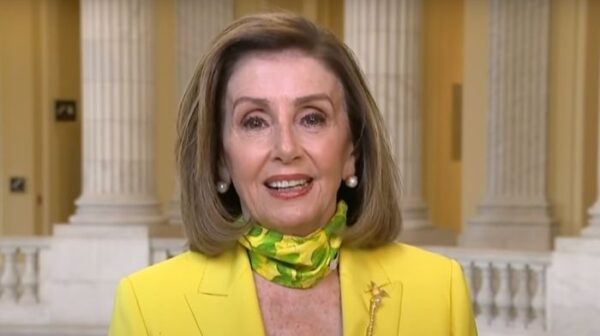 House Speaker Nancy Pelosi (D-CA) went on “CBS This Morning” on Thursday to claim that she is “very confident that Democrats will hold the majority” in the 2022 election. She claimed that much of her confidence comes from the recent census results, despite the fact that blue states like New York actually lost congressional seats.

“[E]lections are always a contest, and you see what happens in them,” Pelosi said. “But I feel very confident that the Democrats will hold the majority after the next election. I think that we’re — for all the huffing and puffing the Republicans are doing, these numbers were not as good for them as they had hoped. They wanted three in Texas, two in Florida and the rest.”

“But many of the — much of the growth in many of these places that picked up more numbers, more — more members in Congress, the growth was from Hispanics, African-Americans and the rest, so we’ll see where those votes go,” she added.

“But this is right now,” Pelosi continued. “The best politics of all is to get the job done for the American people, the blueprint that was put forth by the president last night to meet the needs of the American people. That’s what we’re about. We’re not worrying about who’s going to be speaker two years from now.”

Also on Thursday, Pelosi gave a press conference in which she urged Republican lawmakers to get vaccinated.

However, she went on to admit that in the Capitol, she has no way of who has been vaccinated and who hasn’t, meaning for all she knows there could be more unvaccinated Democrats.

“The physician cannot tell us Democrats, Republicans or who,” she said. “And that’s right; we should be respecting people’s privacy.”

“We cannot require someone to be vaccinated. That’s just not what we can do,” she continued. “But you would hope that science would guide them to protect themselves, their family members and be good colleagues in the workplace, to get vaccinated.”