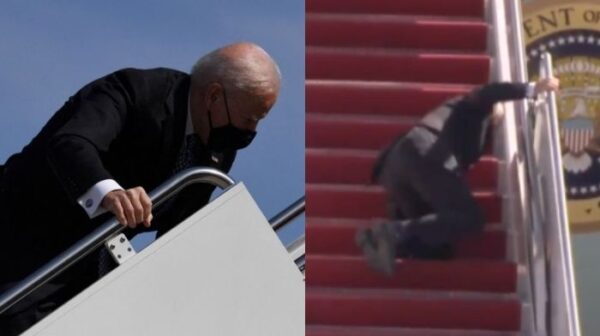 Here we go again with the “Biden Tricks” from the media…it’s a never-ending propaganda show.

This time the media is using Joe’s so-called golf game today to create the illusion that Joe is a strong, agile leader, who is healthy and fit, just out for a golf game like a sprite young man.

Does anyone believe this nonsense?

Just yesterday he was too sick to come down and greet the Prime Minister of Japan, but now suddenly he’s Tiger Woods?

And here’s the kicker….Some in the media are dutifully printing their stories about Biden’s big golf game, but they’re using a photo of him golfing from 2016.

Check out this Politico piece. Look at that sprite man, taking that tough swing on a hill, just steps from the water…what an athlete, right?

The picture is 5 years old and Joe as declined quite a lot in 5 years.

Biden plays first round of golf as president https://t.co/huqYh8n0p4 [1] via @politico [2]

A lot of people were wondering what was going on.

Just another day in the Biden Show.

Is there a reason the media is circulating a photo of Joe Biden playing golf in 2016 today? pic.twitter.com/jnbMXOCBTR [4]

Here are a couple of great tweets about the big golf day.

Isn’t it weird that the same media that would hjde out in bushes like psychotic stalkers to get video of Trump playing golf can’t produce one single scrap of video of Joe Biden hitting a golf ball today?

Joe Biden was too sick yesterday to get out of bed to greet Japanese Prime Minister Yoshihide Suga. So they leak this story today that he was playing golf to prove how energetic and spry he is. I call bullshit! Let’s see the video of him swinging a driver off the first tee.

Breitbart reported [8] that President Joe Biden golfed publicly for the first time during his presidency on Saturday.

Biden traveled from his home in Delaware via his motorcade to the Wilmington Country Club at 12:58 p.m.
The president golfed with Ron Olivere, the father-in-law of his late son Beau Biden, and one of his White House advisers, Steve Ricchetti.

Biden was spotted wearing a mask as he returned from the course and spoke briefly with the press.
“The course record is still intact,” he said, speaking about his golf game.

So, if Joe was really out there on the course golfing why did Politico use a sprite, active-looking photo from 2016?

They couldn’t find the actual photos of Joe golfing? They’re out there. I found one…and it’s much less flattering than the one Politico used. 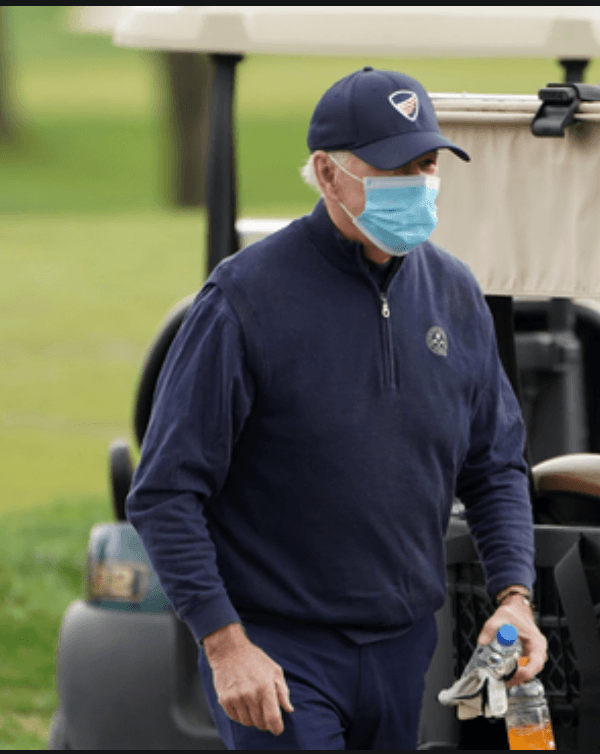 I think we all know why Politico used the more active/young photo.

Because that’s what the handlers want us to believe Joe is.

Ignore your eyes and ears, and just believe the handlers when they tell you that Joe is strong, fit, smart, and a great leader.

And if they need a few 5-year-old photos to sell that story to a low-info public, so be it.