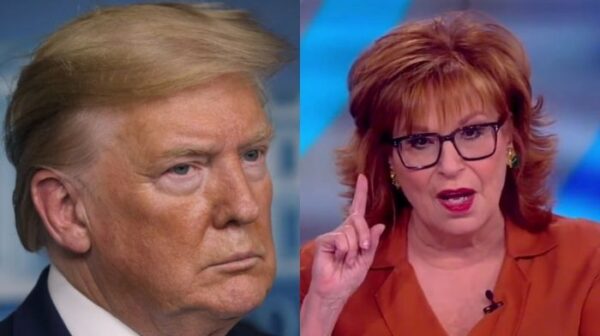 On Monday’s episode of “The View,” the female cohosts discussed the federal investigation into claims that Rep. Matt Gaetz (R-FL) had an alleged sexual relationship with a 17-year-old and allegedly paid other women for sex. During this discussion, the radically liberal cohost Joy Behar twisted the situation into a ridiculous attack on former President Donald Trump, who she obsessively despises.

“But having said that, I really do think that Trump, I think that emboldened people like Matt Gaetz,:” she added. “You know, I mean if daddy is doing it, well, then I can. You know, so, there’s a reason. Trump enables this type of behavior, and he went with it. And I think he’s really in a lot of trouble when even Fox is turning on him.”

“How do people get these jobs?” her cohost Sara Haines asked, referring to how he got into Congress.

“Any moron can get elected to Congress,” the conservative cohost Meghan McCain said. “Some of the dumbest people in the history of American history are in Congress and some of them currently.”

McCain went on to add that Gaetz has always had a reputation for being weird in Congress, citing his vote against the anti-sex trafficking bill last year. She then pointed out that Democrats have their fair share of creepy people in Congress as well.

“He should certainly resign in the same way that Cuomo should resign,” McCain said. “I think that Eric Swalwell who has been accused, and hasn’t denied, sleeping with a Chinese spy hasn’t been removed from the Intelligence committee — I don’t understand why that’s not more of a scandal for Democrats.”

Check out the full segment below.