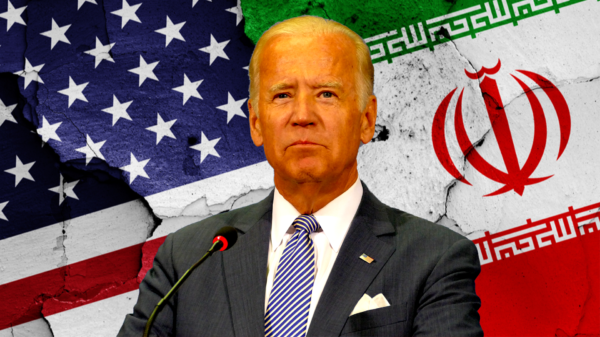 Fred Fleitz is president of the Center for Security Policy. He served in 2018 as deputy assistant to the president and to the chief of staff of the National Security Council. He previously held national security jobs with the CIA, the DIA, the Department of State, and the House Intelligence Committee staff. In other words, the guy knows what he’s talking about.

Here he gives us details on the Biden administration’s capitulation to Iran on the nuclear deal. Iran has been cheating on the agreement. Biden doesn’t care because the antisemitic America haters in the upper reaches of his administration not only don’t care, they are solid pals of the terrorist butchers in Tehran. As such, Biden will surrender to the Iranians on the issue in Vienna next week, just like Kennedy surrendered to Khrushchev there almost sixty years ago. They will do to him what Rome did to Carthage. For Biden, it will be a stroll through a wood chipper.

Biden wants to give the green light for American companies to invest in Iran… the world's largest state sponsor of terrorism.

Yet, he's telling them to boycott Georgia…

Someone should remind him that he works FOR the American people.https://t.co/tnelMMhirv [1]

Fleitz: “There is still time for members of Congress and U.S. allies in the Middle East to press Biden officials to ease up on the administration’s race to rejoin the deeply flawed 2015 nuclear deal with Iran and take a more responsible approach in its nuclear diplomacy that does not appease and strengthen Tehran, However, I fear Biden and his foreign policy team are too obsessed with scoring a farcical victory of the U.S. rejoining Obama’s nuclear deal and will refuse to listen to reason.

“Biden officials claim that indirect U.S.-Iran nuclear talks scheduled to start Tuesday in Vienna will be an important first step in meeting President Biden’s campaign promise to get the United States back into the 2015 nuclear deal with Iran, the JCPOA. The truth is that Iran has seized control of this issue and will use these talks to dictate to Biden the terms of his surrender on the Iranian nuclear program.

“President Trump withdrew from the JCPOA in May 2018, calling it the ‘worst deal ever.’ Trump was right, given secret Iranian cheating on the agreement, its weak verification provisions and major omissions, such as Iran’s ballistic missile program and sponsorship of terrorism.

The Vienna meeting comes as the Biden administration has been inching toward capitulating to Iran’s demands with offers to lift some U.S. sanctions if Iran partially ceased its violation of the nuclear deal. Iranian officials rejected these offers and again demanded the U.S. lift all sanctions before it takes any action. Iranian Foreign Minister Javad Zarif further explained Iran’s position in an April 2nd tweet in which he said the aim of the Vienna meeting will be to ‘rapidly finalize sanction-lifting & nuclear measures for choreographed removal of all sanctions, followed by Iran ceasing remedial measures.’

“Make no mistake: Iran is dictating to Joe Biden the terms of his surrender on the Iranian nuclear program. Iran will not halt its overt violations of the JCPOA unless the U.S first rejoins the deal and ends all sanctions. There also will be no fixes to the JCPOA’s serious flaws nor will any action be taken in response to Iranian cheating on the agreement uncovered by Israel. Iran is not going to come clean on its massive violations of the JCPOA at the Vienna meetings or agree to fix the deal.  Iran knows it is in the driver’s seat on this issue.” Truer words never said.