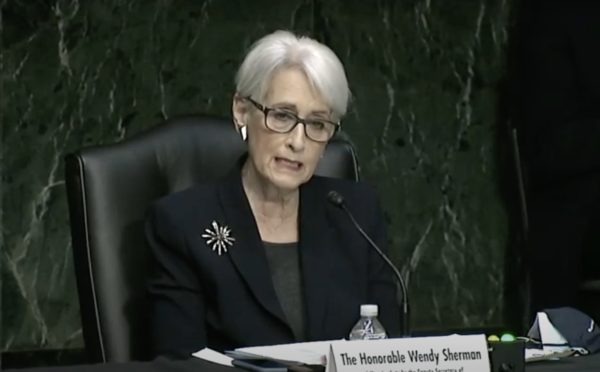 Joe Biden’s nominee for the number two slot at State is a coddler of the Chinese Communist Party. Even worse, she was a chief negotiator of the disastrous Iran nuclear deal. To top it off she is a radical extremist when it comes to abortion.

Granted, the country is divided on the issue and for many access to abortion has become a fait accompli. But Americans across the political spectrum by wide margins reject public funding of abortions and are opposed to this nation funding abortions in foreign countries. But Wendy Sherman has championed American taxpayer funded abortions all over the world. Along with her cozy relationship with the CCP and her appeasement of Iran, she is a hideous choice for Deputy Secretary of State.

Senator Marco Rubio, Republican of Florida, tells us why Sherman is wrong for the job.

Rubio: “Ambassador Wendy Sherman, who served as President Obama’s under secretary of state for political affairs from 2011 to 2015, is not qualified to serve as our next deputy secretary of state. Sherman’s appearance before the Senate Foreign Relations Committee last Wednesday made this abundantly clear. In her confirmation hearings, the ambassador dodged substantive questions on her role in failed foreign policies, including the disastrous Iran nuclear deal that she helped negotiate. This alone should be disqualifying, but for anyone familiar with her past work, there is another enormous reason for concern: Sherman’s radical position on abortion.

“Sherman’s abortion advocacy has extended well beyond our own borders. While serving in the Clinton administration’s State Department, she helped to advance efforts to advocate abortion access around the world. The U.S. State Department plays an integral role in protecting and advancing the fundamental rights of women and girls around the world. Through the U.S. Agency for International Development (USAID), the U.S. supports critical programming for maternal and child health to ensure that every human being has the same chance to fulfill his or her God-given potential.

“But with Sherman as the number two in charge, we would risk allowing our programs to be hijacked and turned into a propaganda machine for advocating abortion-on-demand worldwide.” Sherman’s nomination is a symptom of the larger disease inside the Democrat Party: A wholesale rejection of balance on contentious issues.

While some try to find a middle ground on this controversial matter, Democrats like Sherman are enamored of abortion to such a degree they are willing to impose it here and even in other nations.  Their abortion on demand flies in the face of any realistic attempt to deal with the issue in any way and it perpetuates the unfortunate disposal culture of America today. It must end if we are ever again to achieve balance. Thus, hopefully Rubio, with Manchin as an ally, can stop this appointment.