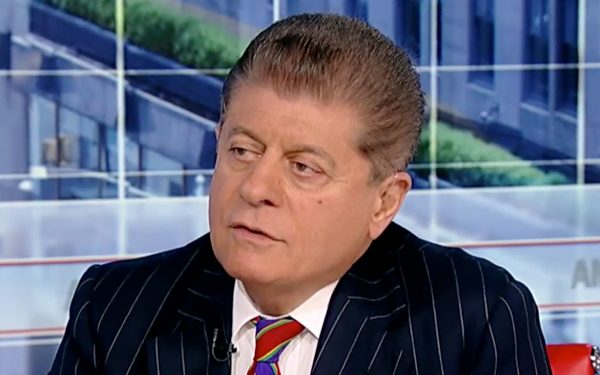 In an FNC article it seems Judge Andrew Napolitano was feeling pensive and decided to publicly pose some very basic constitutional, social, and even moral questions. Though not the usual daily news fare of moronic politicians and their mistakes, some will find his questions of interest. Others will be sheared.

Who Will Keep Our Liberties Safe?https://t.co/vUXiAzh4Z6 [1]

Napolitano: “What if liberty and democracy are opposites? What if the principle underlying liberty is to restrain the government to maximize individual autonomy? What if the principle underlying democracy is to unleash the government to give the people whatever they want?” The Founders asked this as well. That’s why we have a representative republic, not a direct democracy. Given the vile ignorant avaricious mobs that range America today, mobs of both sides, it is an excellent question to ponder.

“What if personal liberty is an individual birthright because we are created in the image and likeness of God? What if just as God is perfectly free, we are perfectly free? What if our personal liberties are integral to our humanity?” As the Declaration of Independence noted, certain rights are inalienable because they come from God and are thus natural. They do not come from government and thus when government, as it does today at all levels, seeks to restrain those rights government should be opposed.

“What if personal freedom — which we are free to abuse — is God’s greatest gift, after life itself? What if, without freedom, we would not be fully human but subservient to whomever or whatever took our freedoms away or persuaded us to surrender them?” But, do people really want freedom or would they merely prefer benevolent masters? History judges the latter, as freedom is hard to get and harder to keep. In fact, mankind’s natural state until recently, the last 300 years or so, has been bondage to sovereign or state. Are we over that when many would sell their freedom for a government payment and still others blindly follow politicians like kings, bowing and scraping before them like slaves to a cult of personality? It seems not.

“What if government is essentially the negation of liberty? What if some liberties should be negated? What if those liberties that should be negated consist of the liberty to violate the natural rights of others by taking their lives, liberties and properties? What if government does this every day because it wants to tell us how to live? What if no one consented to a government that takes property and freedom from the people it governs?” What if indeed. Then free people would elect those who were citizens first and politicians last. We would not permit our liberties to be whittled away by an increasingly authoritarian state. If we behaved as such, we would become a far better people than we are today.