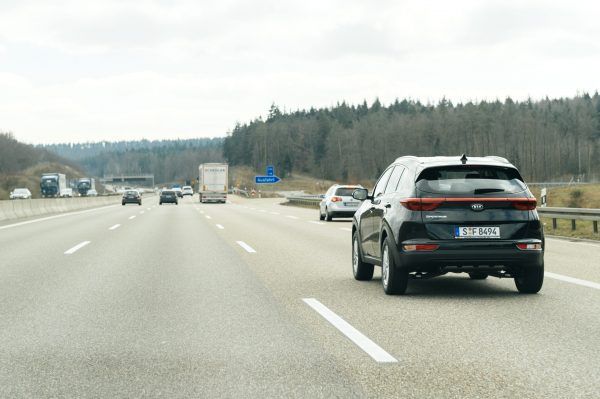 The Democrats are crazier than I thought if they think I’m going to pay taxes to the Federal Government to drive my car around.

Transportation Secretary Pete Buttigieg seems to think that a vehicle mileage tax [1] is on the table as a way to fund a future infrastructure bill.

Buttigieg is excited about a mileage levy which would tax people based on the distance of their journeys.

They can try but I’m not going to pay it.

Yes, that means I will be disabling any sort of tracking device from my car. And I won’t pay any sort of “minimum” mileage tax on any IRS form because that tracker didn’t work for them.

These Democrat communists who have taken over our government seem to think they are unstoppable in their tyranny. The “infrastructure” bill isn’t even an infrastructure bill. It’s a green energy bill that will have about 9% of it going to bridges and roads like they had 9% of actual COVID-19 spending in their coronavirus bill. That would be the bill that is supposed to save us all from death and destruction.

They are frauds and they think that we are going to fund their fraud.

Buttigieg was on CNBC on Friday and said, “I’m hearing a lot of appetite to make sure that there are sustainable funding streams” and that a mileage tax “shows a lot of promise.”

Promise for who? I’m sure the leftists who live in cities without cars don’t care. The rest of us in “flyover” Trump country will be paying for their insane climate change and racial inequity policies disguised as an infrastructure bill.

Only we won’t. I won’t be the only one pushing back against this.

I refuse to comply.

Maybe Buttigieg figured that out over the weekend because now he’s backtracking about what he said. Or at least he is in the public square.

On Monday, Buttigieg told CNN’s Jake Tapper that both a gas nor a mileage tax were “not part of the conversation about this infrastructure bill.”

THIS infrastructure bill. So even if you believe him, it just means it will come up in different legislation. They will keep it in their back pocket.

The Constitution and Supreme Court precedent gives me the freedom to travel the country and I’m certainly not paying anyone in the government for permission to do that.

I won’t be paying a tax on the mileage I drive and I won’t be presenting a passport to be able to go anywhere. I won’t be doing it this week, next week, next year or in any years after that.

Pete and the rest of the Democrats can go jump off one of the bridges that they will never get around to fixing because they will be using the infrastructure money for windmills, electric cars and reparations.

This piece was written by Liberty Paige on March 31, 2021. It originally appeared in SteveGruber.com [2] and is used by permission.

Read more at SteveGruber.com:
Sidney Powell Admits All Her Stories Were Lies [3]
Democrats are Stealing Foster Home Beds from American Children to Give to Illegal Alien Children [4]
Leftist Misinformation is Not Misinformation at All Say the Social Media Czars [5]