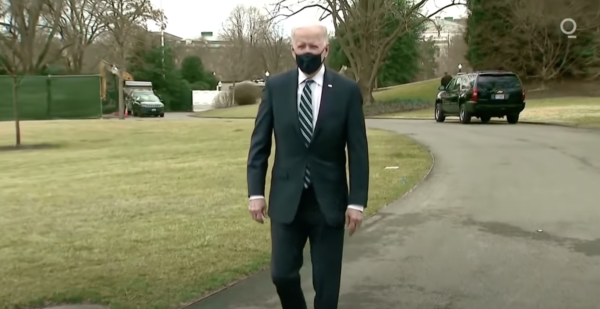 As a former political consultant who specialized in media and comms, I’ve said many times in this space, but it always bears repeating because it is the key to so much in politics, that the primary rules of crisis management are to change the subject and blame the messenger. The Biden administration is doing that regarding the border crisis. They are doing it badly. But they think it won’t matter because the press will cover for them and their base will believe their spin. To them, the rest of the country doesn’t matter.

It is Trump’s fault and the Republicans are defending a system that was broken, goes the spin. True, the line is technically correct in execution. But the message is so tired, so hackneyed, so trite that even a Democrat congressman who serves a border district has gone rogue. GOP Jim Banks of Indiana fills in the details.

Biden refused to answer questions about visiting the border today, tried to blame President Trump for the border crisis Biden created, and then punted the problem to Kamala.

This is not leadership, folks.

“In other words, they asked political consultants to help them deflect from a humanitarian crisis. The Democrat Party’s heftily paid communications specialists settled on: ‘it’s not my fault, he did it!’ That message was all over cable news this Sunday. On Fox, Homeland Security Secretary Alejandro Mayorkas claimed that solving the border crisis, ‘takes times because the entire system was dismantled.’ He told ABC there was not ‘the ordinary, safe and just transition from one administration to another.’

“And on CNN’s State of the Union, the secretary claimed that the ‘entire system’ of immigration ‘was torn down during the Trump administration, and that is why the challenge is more acute than it ever has been before.’ Last week, we learned that the Biden administration is considering flying illegal immigrants from packed border facilities to states in the upper Midwest (i.e. battleground states-dk). Again, instead of addressing the root issue, the Biden administration is literally throwing it to the wind.

“As Democrat Congressman Henry Cuellar of Texas explained, ‘The administration’s message has to be better… It’s got to be clear and concise: ‘Don’t come in here illegally.’ That should be the message.’

This piece was written by David Kamioner on March 24, 2021. It originally appeared in DrewBerquist.com [2] and is used by permission.